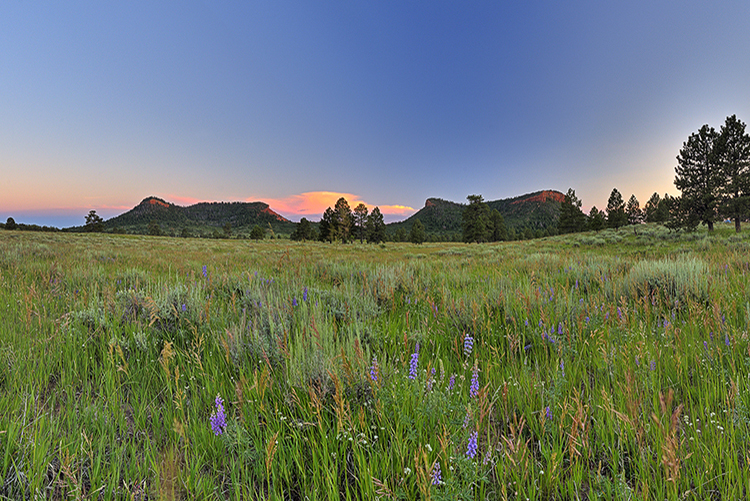 Interior Secretary Ryan Zinke has recommended reducing the size of the 1.5-million-acre Bears Ears National Monument, under a review of by President Donald Trump of such national monuments declared by his predecessors. (Photo by Tim D. Peterson Jr./Bears Ears Coalition)

The recommendation came in an interim report Saturday to President Donald Trump, who had ordered a review of all national monument designations under the Antiquities Act since 1996. The act, which allows presidents to designate national monuments, was called an “egregious use of government power” by Trump.

Zinke said in a press conference Monday that he spent a lot of time in Utah speaking with the people about Bears Ears – which was declared a monument in December by then-President Barack Obama – and understanding the “cultural significance” of the area.

“There is no doubt that it is drop-dead gorgeous country and that it merits some degree of protection,” Zinke said. “But designating a monument that – including state land – encompasses almost 1.5 million acres where multiple-use management is hindered or prohibited is not the best use of the land and is not in accordance with the intention of the Antiquities Act.”

But supporters say the act is necessary to protect threatened lands – and that “right-sizing” a designated monument has happened only on handful of times since the act was created in 1906.

“The secretary’s report is nonsense,” Rep. Raul Grijalva, D-Tucson, and the ranking member of the House Natural Resources Committee said in a statement.

Grijalva said Zinke’s memo makes no mention of public comments on the property and does not “reference any maps or specify legislative language.”

“It doesn’t explain what the president will do regarding Bears Ears. It doesn’t even explain what alleged problem this review is trying to solve,” Grijalva’s statement said.

Jennifer Rokala, director of the Center for Western Priorities, called Zinke’s plan “an undeniable attack on our national monuments and America’s public lands.”

“The decision should be an easy one – more than 1 million Americans, including Utahns by a 9-to-1 margin, have asked President Trump to leave Bears Ears National Monument alone,” she said. “Instead of reinforcing America’s conservation heritage, Secretary Zinke is recommending President Trump take actions that are both unprecedented and illegal.”

Experts questioned the president’s authority to change a standing monument’s designation, but they said Congress has full authority to modify, revoke or rescind a national monument.

“The law is clear: only Congress can modify or erase a national monument,” Rokala said. “This report, while disappointing,
is not a surprise. President Trump made it clear the fix was in from the moment he signed the executive order, despite overwhelming public support for national monuments.”

Sen. Tom Udall, D-New Mexico, said in a conference call with other supporters of Bears Ears, that he will fight any attempt by the administration to alter the monument.

“If the administration moves forward with that plan, this decision will be challenged in court and if they put this plan before Congress I will fight him every step of the way,” said Udall, who called Zinke’s “recommendations and the lack of transparency leading up to this point … deeply disrespectful and insulting.”

“This report shows that the administration doesn’t value the Bears Ears, the tribes and the million-plus people who wrote in to support it,” Udall said. “His recommendation ignores the years of community engagement.”

But Rep. Paul Gosar, R-Prescott, long a critic of Obama’s use of the Antiquities Act, disagreed.

“The people of Utah do not want this monument, that wrestles both state and private lands from their hands in an overt act of federalism,” Gosar said in a statement Monday.

“I encourage the Trump administration to fully rescind this gross overreach by the Obama administration,” Gosar said. “Go back to the drawing board on Bears Ears and work with Congress as well as local stakeholders to find a viable and carefully crafted solution.”