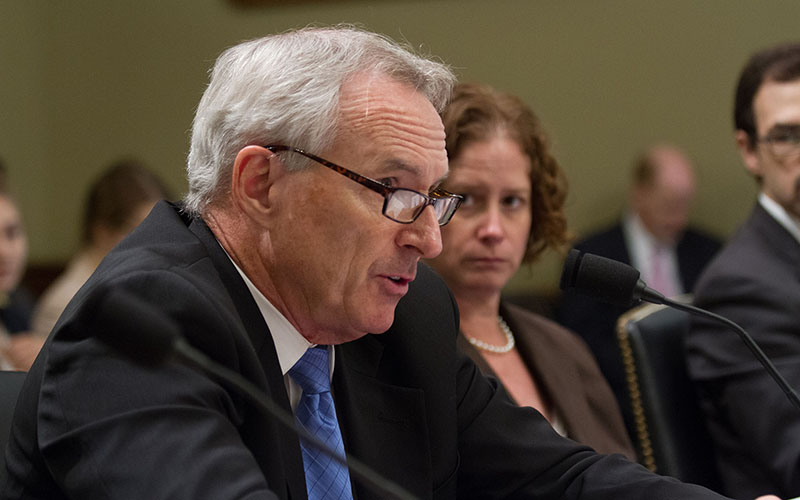 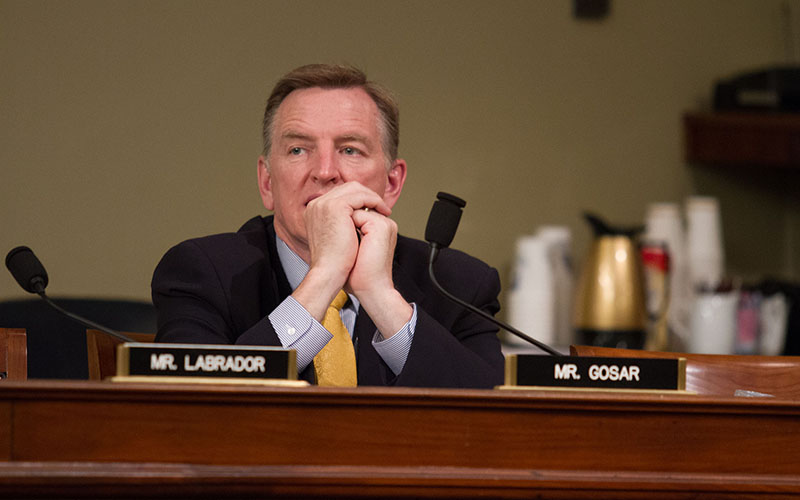 Rep. Paul Gosar, R-Prescott, noted that well-managed forests can help lower the risks of wildfire, which in turn, can bring jobs and economic prosperity to rural areas that might otherwise not have those opportunities. (Photo by Nathan J. Fish/Cronkite News) 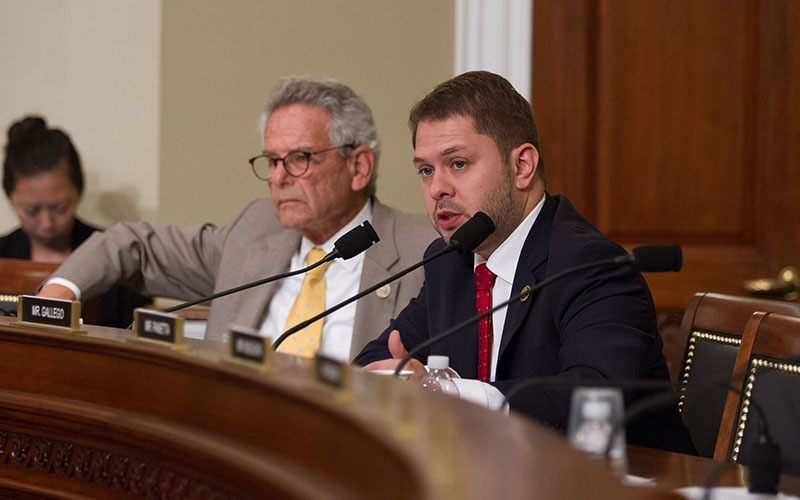 WASHINGTON – Republican and Democratic members of a House panel agreed Thursday that many factors have led to the rising number of wildfires in the U.S.

That was all they agreed on.

While Republican lawmakers said that burdensome litigation and “frivolous lawsuits” have led to widespread mismanagement of forests, setting the stage for wildfires, Democrats argued for greater focus on “the climate aspect.”

Meanwhile, Bruce Hallin, director of water supply for Salt River Project, said both issues factor in to the “unhealthy state of the forests,” allowing wildfires that threaten not only wildlife and recreation but also the “reliability, sustainability and quality of drinking water to millions of Arizonans.”

“It’s real impacts, and it’s unfortunate that the federal government doesn’t have that same sense of urgency or that same understanding of what those real impacts are on individuals, stakeholders and the state itself when it comes to these wildfires,” Hallin said after the hearing by a House Natural Resources subcommittee.

The title of the hearing by the Republican-controlled committee said it all: Oversight Hearing on Burdensome Litigation and Federal Bureaucratic Roadblocks to Manage Our Nation’s Overgrown, Fire-Prone National Forests.

Lyle Laverty, president of the Laverty Group, a forest and natural resource consulting firm in Denver, pointed to the National Environmental Policy Act process as one piece of regulation that is leading to the mismanagement of forests.

“I think agencies have strayed way beyond the original intent of Congress to do a NEPA project,” Laverty said. “We do NEPA projects on reoccurring timber sales that we’ve been doing for over 100 years.”

But Susan Jane M. Brown, who described herself as a “proud environmental litigator,” defended laws and regulations protecting the environment. She said it is possible for groups like the Western Environmental Law Center where she works to collaborate with loggers, miners and others.

That didn’t sit well with Republicans on the committee like Rep. Bruce Westerman, R-Arkansas, who said that forest fires in his state have either held level or seen a slight decrease over the past 20 years.

When asked directly whether climate change was a major reason for the difficulty managing forests, all the witnesses agreed it is a contributing factor. But most said mismanagement was the biggest issue.

Hallin pointed to forest overgrowth, citing “forests at the turn of the century that supported anywhere from 20 to 50 trees per acre, that today now support over 1,000 trees per acre,” potential fuel for a catastrophic wildfire.

“While climate may be changing, and while those forests aren’t as resilient to respond to that climate change, the issue from our perspective is the fact that we haven’t been managing our forests correctly,” Hallin said.

Witnesses and lawmakers both said one of the biggest constraints to proper management has been a lack of wildfire funding for the Forest Service, which has had to focus a majority of its money on fighting wildfires in recent years.

“That comes at a cost to the other resource programs that can deal proactively with the forest health issues that are in front of us today,” Laverty said.

Poor maintenance can lead to wildfires, which costs the communities where they occur, said Hallin, noting a wildfire near Sedona that cost the town an estimate $100 million in tourism revenue.

Rep. Paul Gosar, R-Prescott, asked what kind of effect proper management of forests would have on northern Arizona and rural communities.

“That would have a significant impact in increased jobs, increasing those rural economies that are suffering right now because of the lack of jobs and lack of opportunity,” Hallin said.