President Donald Trump has proposed hiring 5,000 additional Border Patrol agents, even as the agency struggles to fill 1,700 vacant positions and has yet to hire 1,000 agents authorized by Congress in 2014. Waiving polygraphs for some applicants would help speed hiring, some in Congress say. (Photo by C N/Creative Commons) 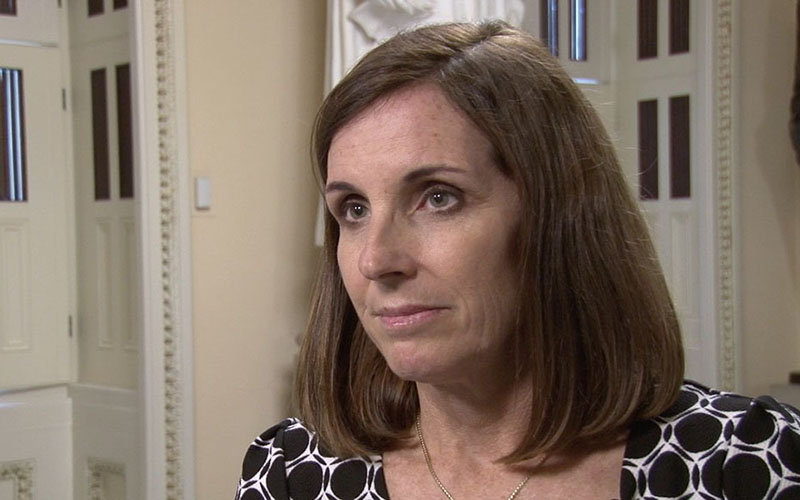 Rep. Martha McSally, R-Tucson, said her bill waiving the currently required lie detector test for police and veterans applying for Border Patrol jobs is “common sense” as Customs and Border Protection rushes to fill jobs. But critics fear it could lead to lower standards among agents and abuse on the border. (Photo by Emma Lockhart/Cronkite News)

WASHINGTON – The House overwhelmingly voted Wednesday to waive polygraph tests for military, law enforcement and veterans applying for Border Patrol jobs, despite concerns that it could open the door to problem hires.

The department is already scrambling to fill more than 1,700 vacant Border Patrol agent positions plus another 1,000 new CBP jobs that were authorized by Congress in 2014 but have not been filled, according to the Department of Homeland Security.

“This is something we’ve been working on with the last administration to support veterans and law enforcement that have already put their lives on the line for us, and (it) gives the tools to close some very critical manning gaps,” McSally said after the House vote.

But the measure faced strong opposition from immigration advocates and some House Democrats, who accounted for all the “no” votes in the 282-137 tally on the bill.

“This is no time to dilute the law, especially when you’re gearing up to make that force even more prominent in the United States,” said Rep. Raul Grijalva, D-Tucson, before the vote Wednesday.

Opponents argued that waiving lie-detector tests for some Border Patrol applicants would water down the vetting process and open the department up for corruption.

An April report by the American Immigration Council claimed that previous surges in Border Patrol hiring resulted in increased misconduct among officers, including civil rights violations and off-duty crimes by officers like domestic violence. Council analyst Joshua Breisblatt said Wednesday that polygraphs act as a barrier to that corruption.

“There was a very big ramp-up in the number of Border Patrol agents, especially from 2006 to 2009,” Breisblatt said. “When that spike in hiring happened, we saw a huge spike in issues related to misconduct, corruption, excessive uses of force and various other problems.”

Those problems “lead to what we have today” with polygraph testing of applicants, he said.

The bill’s supporters point to a high failure rate as evidence the process needs streamlining – CBP reported that 65 percent of applicants had failed the polygraph test as of July, more than double the rate of other federal agencies. But Breisblatt said that is proof the test is doing its job.

“By allowing that (test) to be bypassed, you’re just putting individuals at risk,” said Mo Goldman, a Tucson-based immigration lawyer, in an interview Tuesday.

But McSally said opponents’ claims were overblown, citing her own experience as a veteran of the Air Force.

“I had access to unbelievably sensitive information, I ran counter-terrorism operations, I ran combat search-and-rescue missions, I had millions of dollars of resources under my command,” she said Wednesday. “I never went through a polygraph.

“So if after 26 years in the military, I retired and wanted to be a Border Patrol line agent, under the current process, I wouldn’t be qualified,” she said.

McSally accused opponents of skewing the intent of the bill, which delayed a scheduled House vote on the measure in May.

A companion bill in the Senate sponsored by Arizona Republican Sens. John McCain and Jeff Flake faced similar criticism, but passed in committee earlier in May. It has not yet come up for a vote before the full Senate.

“I make decisions based on fact and I look at things objectively. I’m proud that we were able to get this passed today,” she said.