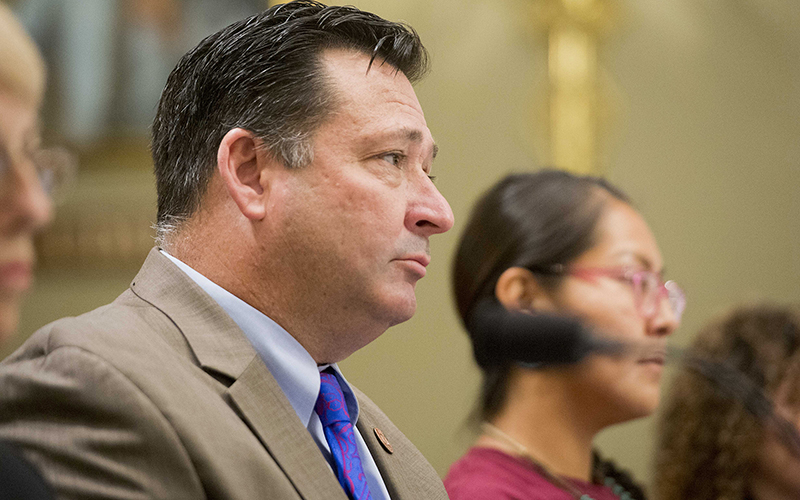 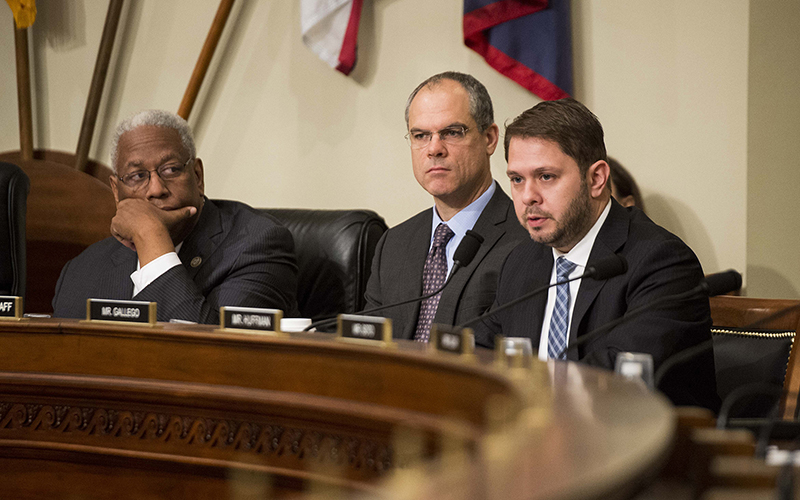 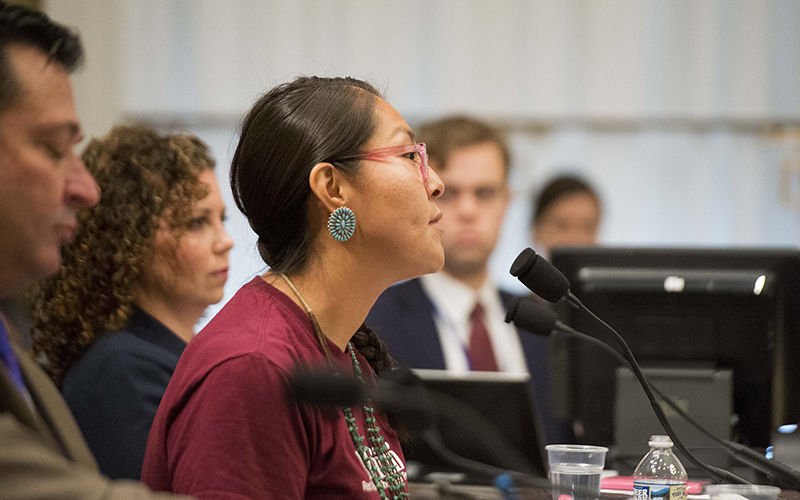 Kendra Pinto, of the Navajo Nation in northern New Mexico, told House members that she feels safer because of restrictions on federally owned land near her home. (Photo by Ben Moffat/Cronkite News)

WASHINGTON – An Arizona rancher and state legislator told a congressional committee Wednesday that he has been “held hostage” for years by the red tape that accompanies federal ownership of lands in the West.

The testimony by state Rep. David Cook, R-Globe, came during a House hearing on the impact of federal land management “gone astray.”

“For 15 years I have been held hostage by the federal process to renew a permit for over 1,129 head of cattle, and I am only one of thousands of permittees across the West that face similar issues,”Cook said in his opening statement to the House Natural Resources Subcommittee on Oversight and Investigations.

But Kendra Pinto, who lives on the Navajo Nation in northern New Mexico, testified in the same hearing that she welcomes federal stewardship of the lands around her home. It brings strict national environmental regulations that can make a big difference for communities like hers that are home to many hydraulic-fracturing sites and oil-storage facilities.

Cook testified that more than 55 percent of Gila County, where he lives, is part of the Tonto National Forest, with much of the rest of the land in tribal hands or owned by the BLM. Because it is federally owned, it is not subject to property taxes, which are an important source of revenue for local government.

He said these factors, along with decisions made in Washington, “force us to plead with the federal government for money for schools, infrastructure and other basic needs we could provide ourselves if our local lands were productive and vibrant.”

Cook, who owns and operates DC Cattle Company, a ranch in Gila County, said he has had difficulty with BLM and the U.S. Forest Service for years, including the Forest Service reducing the amount of land included in his ranch’s grazing permit by one third.

“They claim that the basis is to protect species, when in fact that, to me, is the farthest thing from the truth,” he said. “Their claim is that they’re benefitting the threatened/endangered species by using acts like the Endangered Species Act.”

No BLM or Forest Service officials were present at the hearing, which included local officials from counties in Utah and California as well as Cook and Pinto, a resident of the Counselor Chapter of the Navajo.

The hearing was called, according to committee documents, to investigate the “burdensome regulations, costly litigation and other adverse consequences” of federal land ownership. But U.S. Rep. Ruben Gallego, D-Phoenix, took the opportunity to blast Interior Secretary Ryan Zinke, who he suggested favors oil and gas businesses over environmental protection.

“It makes abundantly clear who this administration is trying to serve,” Gallego said of Zinke’s leadership.

Pinto said that mining and drilling in her community “is not only causing physical damage to the land, but it is also causing mental strain to the people.”

“Federal standards like the BLM methane-waste rule can lessen the harm to people living with oil and gas facilities in their communities,” she said. “Nationally, there are more than 750,000 summertime asthma attacks in children under the age of 18 due to ozone smog resulting from oil and gas pollution, including over 12,000 in New Mexico.”

That is why she said she would not like to see the federal role reduced.

“Without a rule to curb methane emissions on public lands, we allow the industry to burn our money – and our health – away,” she said.