Brendan Grady, a tour guide with Salt River Rafting, said they have thousands of people who try the rapids. (Photo by Erica Apodaca/Cronkite News)

But a successful season depends on Mother Nature. Several tour guides said they expect this year’s season to be busy since the water conditions are better than they have been in seven years. 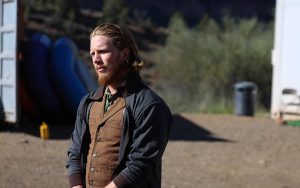 “The Salt River is an exceptional desert river that doesn’t happen every year,” Grady said. “So we’re kind of uniquely lucky.”

The water conditions are a result of snow caps melting in the White mountains. This year, the mountains have seen 16.5 inches of snow, 7 inches more that the previous year, according to Weather Source.

Dino DeSimone, a water supply specialist for the U.S. Department of Agriculture, said the region did not have a typical winter, which means it’s not a typical spring.

“The last time we had this kind of a spring was in 2010, which was seven years ago,” DeSimone said. “So it doesn’t happen very often.”

For Colorado native Joe Greiner, rafting in Arizona is always a unique experience. He said the seclusion and wildlife in the area are a “must see” for both tourists and locals in the spring.

Greiner’s company Wilderness Aware Rafting offers a multiday tour down the river called the Salt River Wilderness trip. On a five day trip, rafters on the Upper Salt River start and travel about 51 miles through the Salt River Canyon Wilderness – often referred to as Arizona’s other Grand Canyon, according to the U.S. Forest Service. Rafters float past canyon walls lined with saguaro cacti and if they’re lucky, they spot a mountain goat or two along the way.

Greiner remembers the day he realized the trip was feasible for most people after a rafting guide pled guilty to blowing up a boulder that had created a bottleneck on the river’s path in 1994, according to The New York Times. 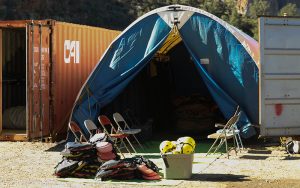 Tour guides set up camp near Globe to take people down the Upper Salt River. (Photo by Erica Apodaca/Cronkite News)

“You would normally have to stop there and reload,” Greiner said. “The whole time, your heart is racing because people are coming behind you and then once you get loaded up again, you look back at this death falls. That day – when we discovered that the wilderness trip was accessible to everyone – was pretty exciting.”

Trips down the river cost between $85 to $920 per person depending on the trip length and company. While revenues go to the handful of tour companies based in Colorado, the tourism dollars for local hotels, transportation and food benefit Globe and Show Low on the outskirts of the canyon.

Salt River Rafting connects its customers to local restaurants, lodging and activities. The Best Western Copper Hills Inn has special rates for rafters during the season.

“We have rafting groups stay here often since we are the closest to the site near Show Low,” said Shauna Cameron, operations manager at the Best Western. “The groups come from all over, including Arizona.”

The guides take groups of up to 200 people a day down the river. “We have thousands of people coming out here to try the rapids,” Grady said.

American Whitewater uses the U.S. Geological Survey Gauge to report water conditions on the river about every hour, and the tour guides use the information to plan their trips, although the water levels can vary.

“It’s a unique, awesome resource,” Grady said. “There is variability with the river, it can change quickly. You might as well take advantage of it.”

The rafting season will end some time in May depending on the water conditions. 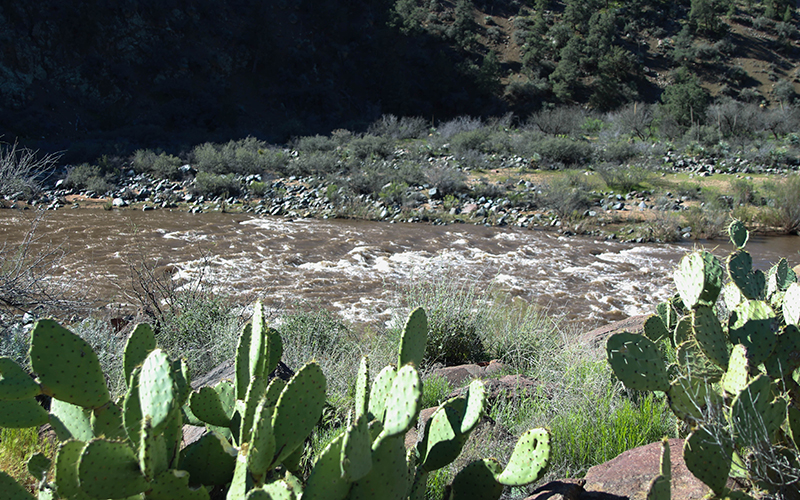