Parents, teachers and students learn grassroots advocacy at the Capitol 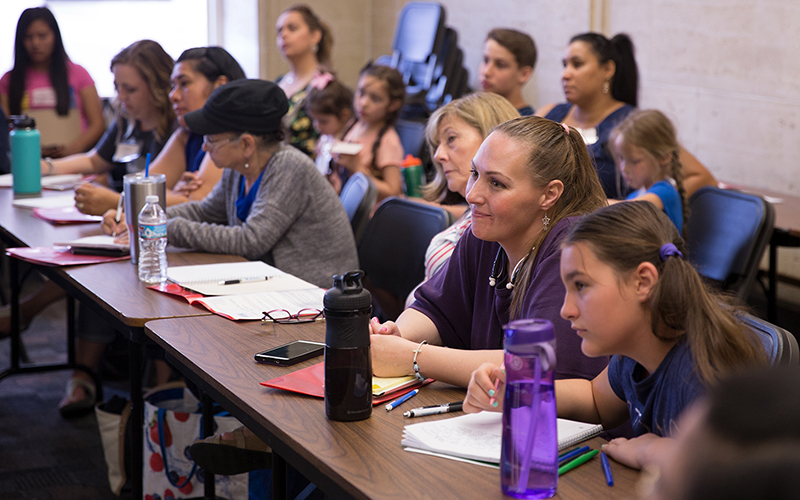 PHOENIX – Parents, teachers and students have a few options when it comes to improving their schools. One way is through the Legislature, but some people don’t have the tools or knowledge to advocate for their issues.

The Arizona Parent Teacher Association sought to remedy that Wednesday by holding advocacy workshops and a discussion panel with five state representatives.

Tanya Stark brought along her daughter to learn.

“On the way up here, I was trying to explain to her about a lot of this stuff,” Stark said. “This isn’t being taught, especially in elementary school anymore.”

They learned that school officials cut its after-school program because of lack of funds, Tanya Stark said.

Arizona is ranked third to last in per pupil funding, according to 2014 data the U.S. Census, released last June.

“It seems like (education) is crumbling right now,” Stark said. “(Katelyn) is feeling the effects of that. She’s seen the teachers be upset and doesn’t understand why. What happened? Why did they cut all this funding? They keep cutting it.”

After a morning workshop learning how to organize, rally and develop a message, Stark said she will make fighting for Katelyn’s after-school program a priority.

Parents should hold legislators accountable and be aware of decisions they would like their legislators to make, Simek said.

The PTA’s future outreach plans, Simek said, are engaging with parents in poverty stricken areas, as well as rural areas.

“They feel disconnected in … the decision making that’s going on here,” she said. “We want to make them feel like they’re part of the solution as well. Their voices matter just as much as anybody.”