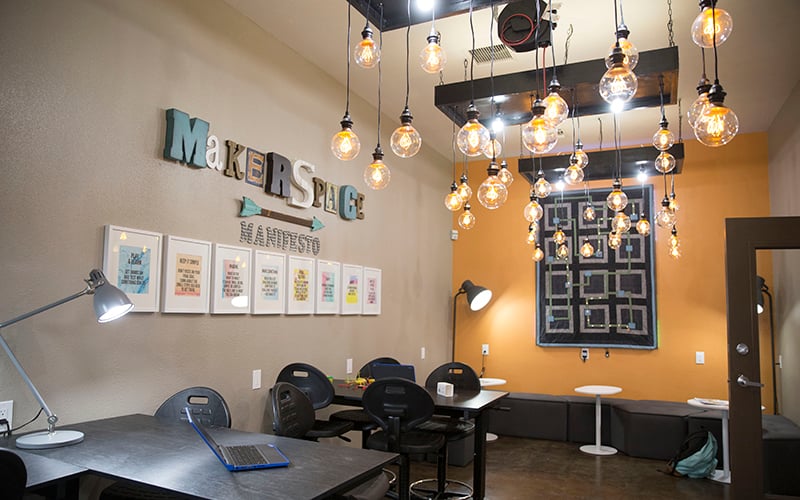 The iWORK program in Phoenix supports people by providing resources, such as work spaces, to prepare them for the job market. (Photo by Megan Bridgeman/Cronkite News) 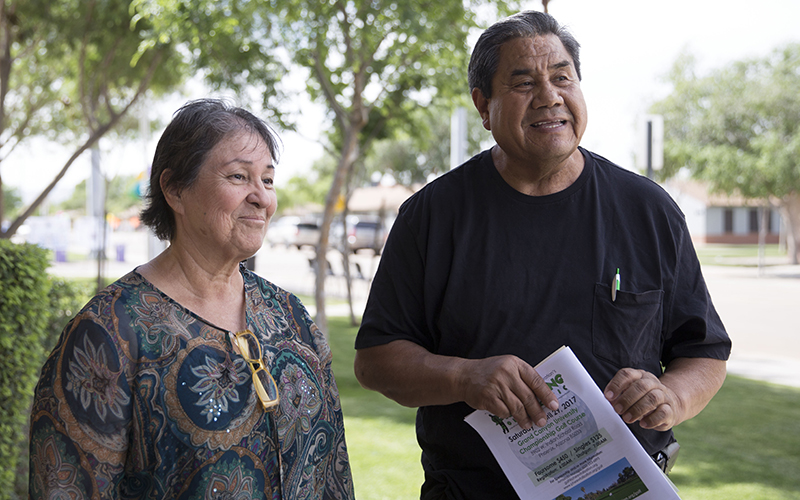 Improving Work Opportunities and Resident Knowledge, iWORK, was one of 24 programs nationwide to receive a $2 million grant from the U.S Department of Housing and Urban Development.

The program, located in the Marcos de Niza public housing project, will provide services such as job placement along with offering GED courses, English classes and tutoring, according to the city.

Marcos de Niza resident Lorraine Chavez-Hill understands the struggle of pulling yourself out of hard times.

“I was in a relationship that was kind of difficult. I was in school, but I was in transition,” Chavez-Hill said. “It’s really hard right now to stay established if you don’t have that stability.”

Chavez-Hill and her children moved to Marcos de Niza, which has about 370 units in south Phoenix, to find that stability.

The median annual household income in Arizona from 2011-2015 was $50,255, according to the U.S Census Bureau. At Marcos de Niza, the average income is $13,000 per family, said Cindy Stotler, director of the Phoenix Housing Department. 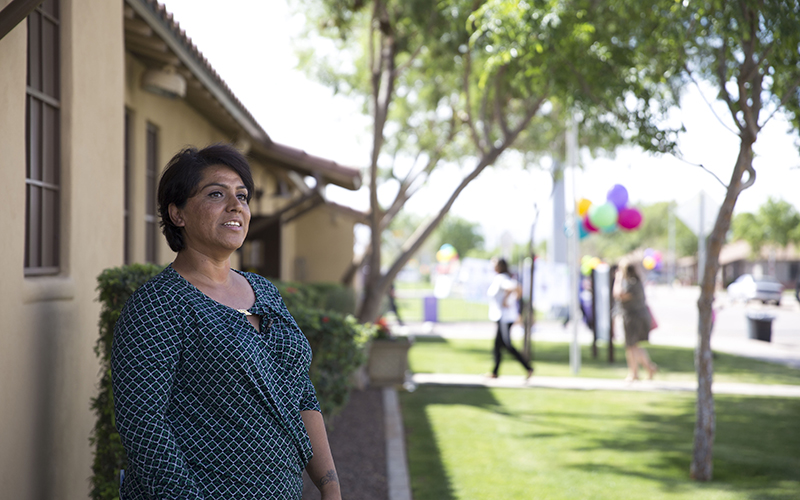 Lorraine Chavez-Hill, community coach and resident at Marcos de Niza community, said the iWORK program already has helped her by giving her a job. (Photo by Megan Bridgeman/Cronkite News)

Marcos de Niza is one of the city’s 192 housing complexes, which provide about 21,300 subsidized apartments.

Stotler said people have a misconception about those who live in lower-income areas.

“Sometimes they think that people are lazy or they don’t want to get jobs, and that’s just not true,” Stotler said.

iWORK attempts to help those stuck in lower-paying jobs move up by providing free resources for residents. They can help by providing caseworkers, community coaches, clothing, child care and education, Stotler said.

In today’s job market, it’s nearly impossible to get higher-income employment without education and technology skills, which aren’t easy to obtain for low-income residents.

“Our residents really do want to work, and they do want to improve their circumstances and their income,” Stotler said. “Some of them are just afraid or they don’t have the resources to do so.”

The housing department applied for the grant six months ago.

A few weeks later, Phoenix learned they got the grant and began work on the new offices at Marcos de Niza.

Chavez-Hill said she is excited to see the program positively impact the community that made her feel welcomed since day one.

Residents Grace and Job Salinas said they would not want to live anywhere else.

“I tell him, “If I were to win the lottery, you’re going to have to kick me out, kicking and screaming because I am not leaving,'” Grace Salinas said. “I’m happy here.”

The Salinas want others to know their community is one of hardworking individuals who deserve a program like this.

“Ninety percent of the people here are below the poverty lines, but we all are rich in history, rich in tradition and rich in culture,” Grace Salinas said.

Chavez-Hill said that although iWORK officially opened Wednesday, they already have helped her get to a better place.

“If it wasn’t for them, to be honest, I wouldn’t be standing right here,” Chavez-Hill said.

iWork hired Chavez-Hill as a community coach. She works on outreach and engagement with the community.

“They see the potential in me and them doing that, it really made me look at myself and see that I am, I am worth it. I can do this,” Chavez-Hill said.