Legislation has been proposed to ban the use of tanning beds by minors. Indoor devices, much like the one pictured here, would be prohibited for those 18 and younger. (Photo by Lexi Hart/Cronkite News)

A parent signature has always been required for minors to use indoor tanning devices. But HB 2194 would not allow youths younger than 18 to use tanning beds regardless of a parent’s approval. Similar bills have been proposed in three previous legislative sessions but this year is the first time a bill has made it this far.

Shelby Voss, a melanoma cancer survivor who has been cancer free for five years, remembers the day she received her diagnosis. 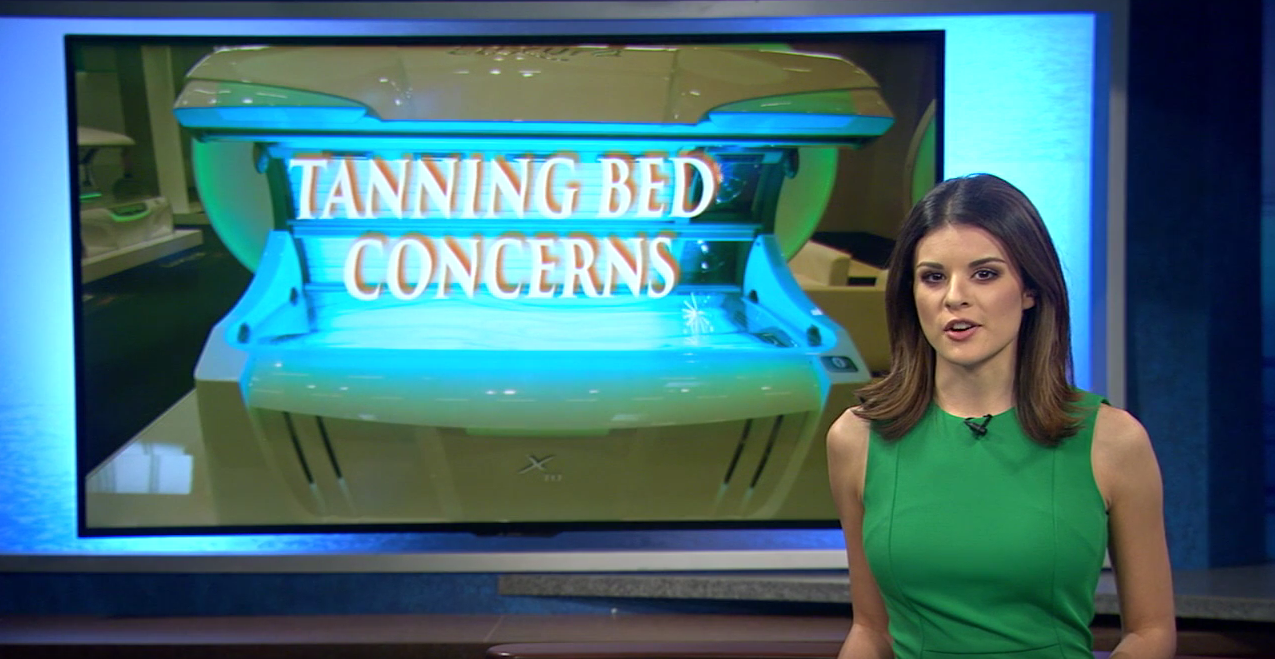 Voss said she started tanning around 14 or 15 years old. The Indiana native said she wanted to use a tanning bed before summer to get a base tan and look good for special events. Her mother gave her 30-day passes to the tanning salon and Voss used them often.

Voss had surgery right away to remove a mole but surgery didn’t ease her mind.

“I had the worst anxiety for three years,” Voss said.

She recovered with renewed awareness of the danger of tanning and a nine-inch scar on her back. A photographer, Voss wears pants and long sleeves when working in the sun. She slathers her two children with sunscreen.

“It’s always on my mind, there’s never a day that this melanoma isn’t on my mind,” Voss said.

Rep. Heather Carter, R-District 15, said she was surprised youths in her Cave Creek district think the bill is a good idea.

“I am overwhelmed by the support that I’ve received from students across my district interested in this bill,” Carter said.

Brian Hummmell of the American Cancer Society believes an indoor tanning ban for minors would save money and lives.

“The state of Arizona’s cancer registry did an estimate that approximately 150 lives would be saved and over $7 1/2 million in health-care expenses” could be cut,” Hummell said.