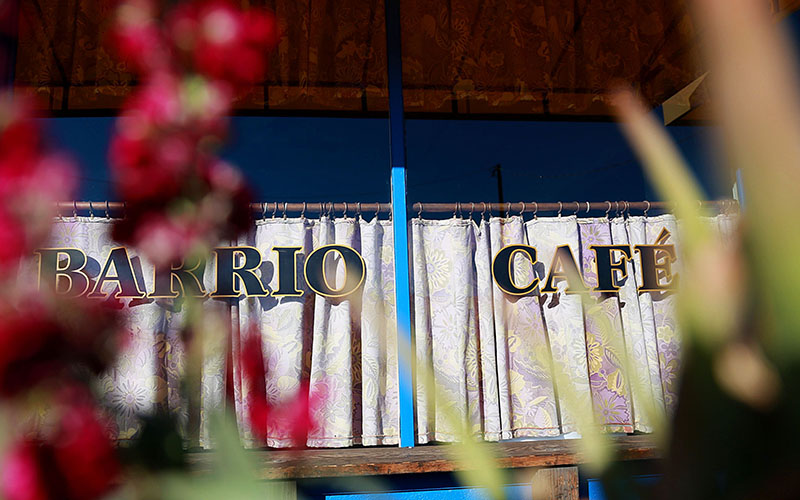 Barrio Cafe closed three restaurants on Thursday to show solidarity on “A Day Without Immigrants,” to protest an immigration crackdown and highlight contributions of immigrants in the economy. (Photo by Taryn Martin/Cronkite News)

PHOENIX – Dozens of Phoenix area businesses closed their doors and their employees stayed home for “A Day Without Immigrants,” a national effort to highlight the contributions of immigrants to the U.S. economy.

In Arizona and other states immigrants and their supporters did not go work, send their kids to school, shop or open their businesses.

“Ninety percent of my customers are Latinos and I want to show them my respect,” said Eduardo Gonzalez, owner of Señor Sushi. Gonzalez closed his restaurants in Glendale and Mesa.

The restaurant is popular for its signature Mexican-style sushi rolls and live music. His employees said they want to show support for their customers who are immigrants too. “They need to know that Señor Sushi is here for them,” said one of the sushi chefs who did not want to give his name because of his immigration status. 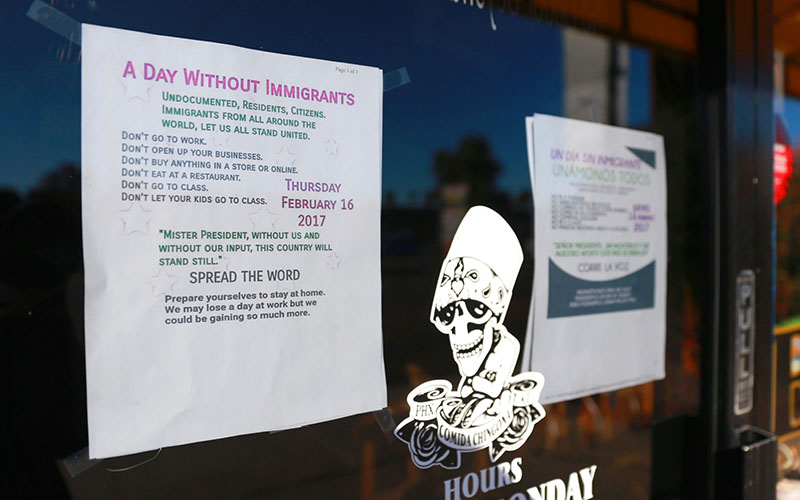 A sign posted outside Barrio Cafe in Phoenix informs customers about “A Day Without Immigrants,” a demonstration to show what America would look like without immigrants. (Photo by Taryn Martin/Cronkite News)

Alejandra Sinaloa, a manager at Señor Sushi, is from Mexico but has lived in Phoenix for more than a decade and supports “A Day Without Immigrants.”

“It’s an excellent idea,” she said in Spanish, “Most [immigrants] come to the country to work and to succeed.”

Sinaloa said she will not be sending her kids to school to support the national strike. Several Valley school districts reported lower than usual attendance but could not confirm whether it was because of the protest.

Julio Hernandez, owner of El Sabroso Hot Dogs in Phoenix, also shut down his popular food truck for the day. “It’s the only way we think we can support this cause, by showing the power and influence that we have on the economy of this country,” he said. 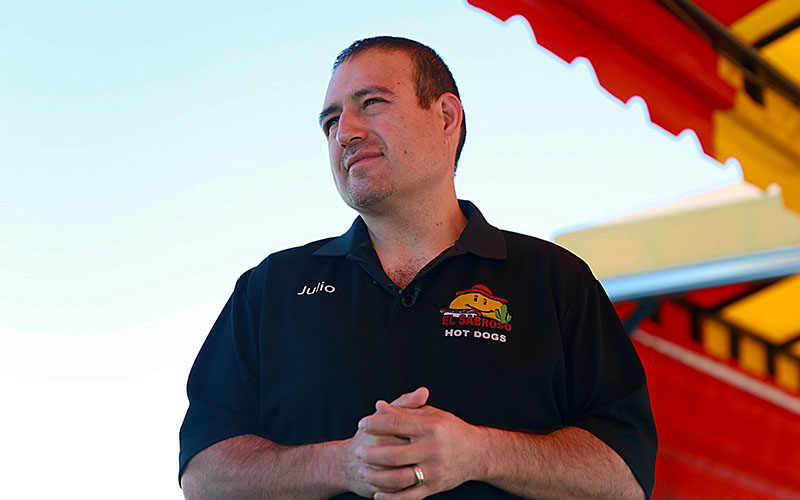 Julio Hernandez closes his restaurant in Phoenix, El Sabroso Hot Dog, for the day on Thursday, February 16, 2017, to stand in solidarity with the A Day Without Immigrants movement, a protest meant to show the the impact immigrants have on the community. (Photo by Taryn Martin/Cronkite News)

“A Day Without Immigrants” organizers used social media to call on diverse immigrant communities across the country to participate. Many of those speaking out in Phoenix were Latino. “I’m Mexican and I have to support other Mexican workers in the country,” said Dania Rodeo, an employee at La Gran Bota, a Phoenix store that sells men’s clothing, boots and western wear. La Gran Bota was among retail shops that did not open.

Restaurants of all sizes from mom and pop places to large, well known establishments showed their support by closing for a day “in solidarity with our immigrant brothers and sisters,” said head chef and owner of Barrio Cafe, Silvana Salcido Esparza . Barrio Cafe shuttered all three of its restaurants. 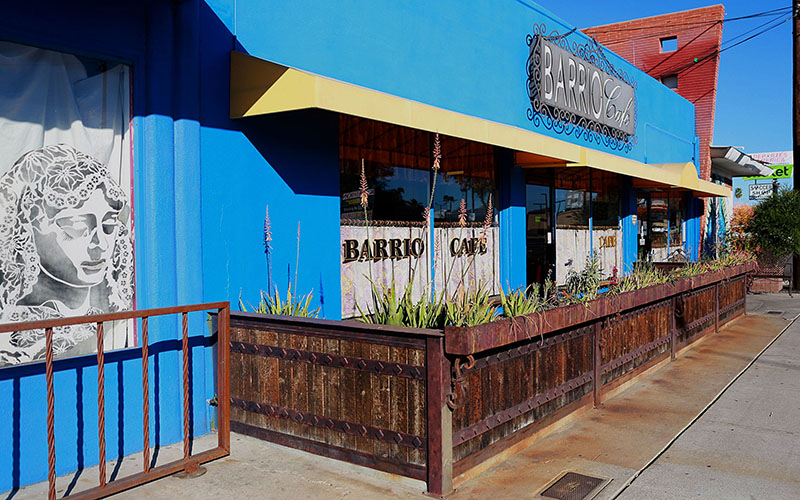 Barrio Cafe in central Phoenix closed for “A Day Without Immigrants” Thursday, a nationwide effort to show the economic contributions of immigrants. (Photo by Taryn Martin/Cronkite News)

But some Arizona employees said they could not afford to stay home. “I have to work or they won’t pay me,” said Jorge Rodriguez during his lunch break. Rodriguez repairs and restores homes and commercial buildings damaged by floods and natural disasters. “I have to work to support my family,” said Rodriguez.