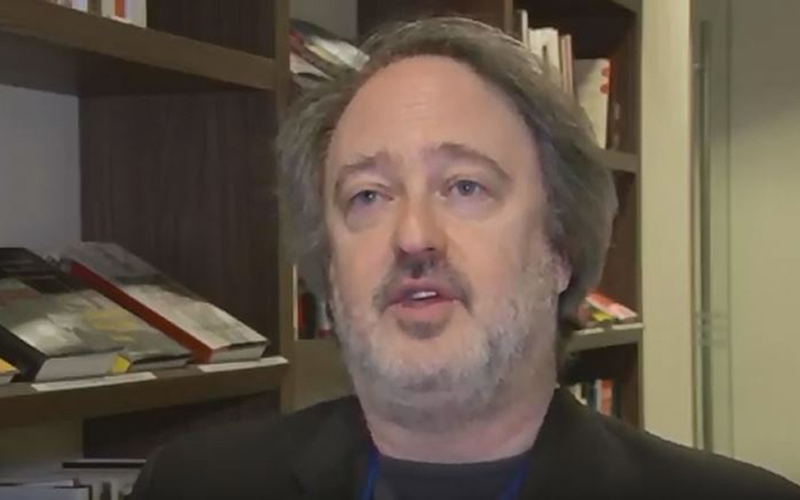 As science advances, we need to think, “What kind of questions are we going to have to answer when we take different parts and put them together?” said David Guston. (Photo by Marisela Ramirez/Cronkite News) 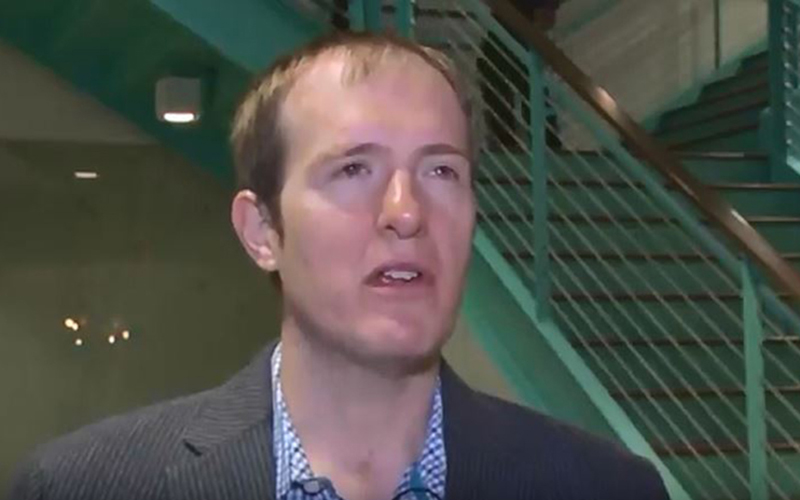 Ed Finn said it’s important for science and society to think now about how scientists can stay ethical in future scientific endeavors and “still think through the consequences.” (Photo by Marisela Ramirez/Cronkite News)

WASHINGTON – For centuries, Frankenstein’s monster was nothing more than a horrific fantasy, but for two Arizona State University professors it is very real and very modern.

With the dizzying pace of advances in genetic engineering, artificial intelligence, synthetic biology and other fields, David Guston and Ed Finn see the 199-year-old novel as a cautionary tale for our times.

“What is monstrosity and what is identity?” asked Guston, the founding director and professor of the School for the Future of Innovation in Society. “What kind of questions are we going to have to answer when we take different parts and put them together?”

Guston and Finn, who is the director of the Center for Science and the Imagination, were in Washington recently at a New America Foundation event called the Spawn of Frankenstein. Panelists discussed the ethical questions raised by Mary Shelley’s 1818 novel, “Frankenstein,” in relationship to challenges science may soon face.

Finn said Victor Frankenstein, who created the monster in Shelley’s novel, was much more than a “mad scientist.”

“Victor Frankenstein continues to shadow new developments in synthetic biology and artificial intelligence, all these ways where we’re creating different types of life and how to deal with them,” Finn said. That’s why it’s important now to discuss how scientists can stay ethical in future scientific endeavors and “still think through the consequences.”

The Frankenstein novel is a perfect example of an unestablished sense of ethics confronted by scientific breakthroughs, and raises a discussion to bring new understandings to old ideas. That’s partly what drove Finn and Guston to get involved with the Frankenstein Bicentennial Project, which aims to use art and story-telling to “infuse” ethics into fields of science and technology, according to its website.

With issues that were once considered science fiction slowly becoming reality – Guston cited recent experiments in which human cells were grown in a pig embryo – it’s important to know “what kind of questions do we have to ask and answer” in light of such developments.

“All of these issues had to do with science and technology on one hand and politics and economics on the other,” Guston said.

Guston spoke on a panel that discussed the fear of the unknown, a common phobia that has been transferred into modern-day concerns by scientific advances.

Jacob Brogan, a New America fellow who moderated the panel, attributed the misplaced fear of science on the “discomfort of knowing.”

“It’s not the strangeness from new technologies that frighten us,” Brogan said. “But the way that technology makes us strangers to ourselves.”