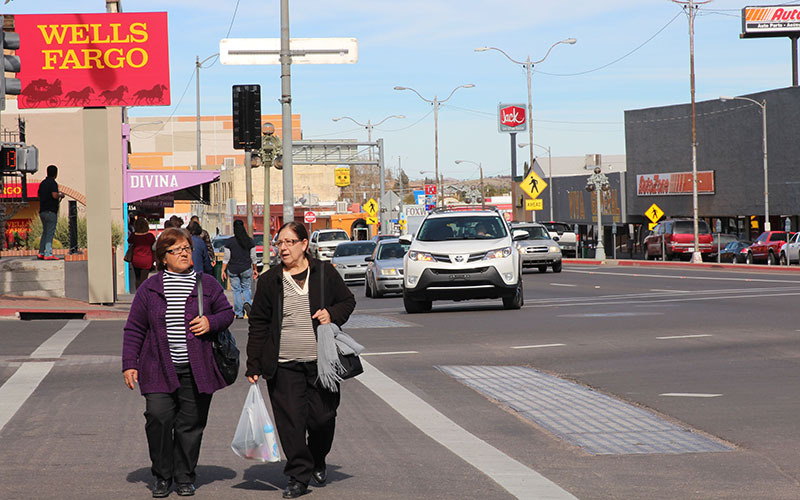 U.S. Secretary of Homeland Security John Kelly’s visit to Nogales, Arizona, is part of a border tour that includes visits to California and Texas. (Photo by Sophia Kunthara/Cronkite News) 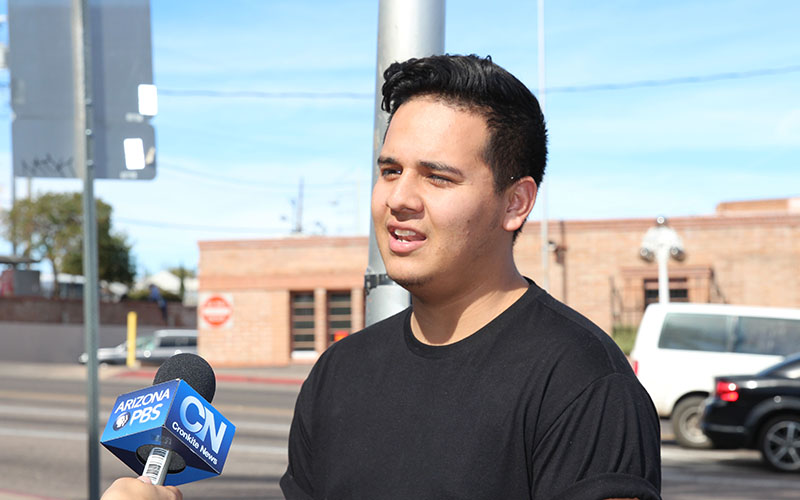 Josias Fierro, 21, said Border Patrol is already securing the border, so there is no point to building a wall. (Photo by Sophia Kunthara/Cronkite News)

Ruis Villa, 24, who was born in Nogales, Mexico, and travels by foot to Nogales, Arizona, said he wasn’t even aware that the two government officials were in his city. But when asked what he thought about them touring the border in order to potentially build a new wall, his feelings were strong.

“I hate that idea because the Latinos help make America great again,” Villa said. “I know the Mexican people — they’re not rapists, they’re not criminals. They are great people.”

The talks were focused on securing the border while still allowing for prosperous trade between Arizona and Mexico. However, Tucson resident Josias Fierro, 21, said he believes that if anything, the wall will cost the U.S. money.

“There’s a lot of talk that it’s going to be a very expensive wall,” Fierro said. “I agree with many people who say the wall might be useless.”

Fierro visits Nogales to go shopping and spend time with his family. He said the border patrol is doing enough to keep the citizens of Nogales as well as the border safe.

“Personally, when I cross over and come back I feel like there’s so much security already,” Fierro said.

Fierro said he sees no point in building a wall with the security and fences that already exist. Like Villa, he is still waiting to hear an exact explanation as to what a wall will do.

“What’s the whole point of this?” Fierro asked. “I don’t know what a wall is going to do.”

Kelly’s visit to Arizona followed a trip to the border in southern Texas. It came on the same day as the deportation of Guadalupe Garcia de Rayos, an undocumented Mesa mother of two who was the first to be deported under President Donald Trump’s new executive order.

Garcia de Reyos’ family traveled to the border Thursday evening, hours after the visit by Kelly and Ducey, to be reunited with Guadalupe in Nogales, Mexico.