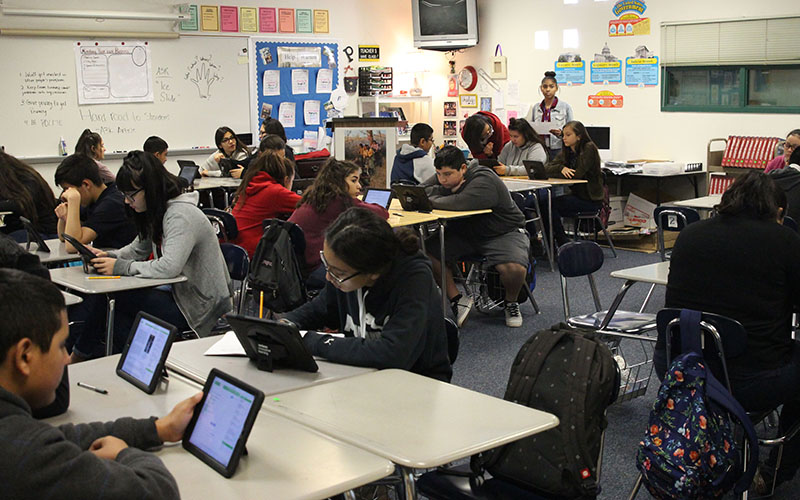 Students at Cartwright School in Phoenix complete their history lesson on iPads On January 26. (Photo by Rachael Bouley/Cronkite News)

PHOENIX – The Cartwright School District is working to bridge the gap between its students and STEM education to encourage more Latinos and young women to pursue careers in Science, Technology, Mathematics and Engineering, or STEM.

The district has partnered with the Arizona STEM Network, a non-profit organization that works to graduate more students who are prepared for jobs in STEM fields.

“The school district is really very focused on their population, on what’s new and emerging within the technologies, and with the recent statistics in Arizona,” said Linda Coyle, the Director of Education at Science Foundation Arizona.

The STEM workforce in Arizona is expected to grow 23 percent within the next three years, according to the Alliance for Science and Technology Research in America, or ASTRA. There were nearly 280,000 STEM jobs in Arizona last year, and ASTRA predicts an additional 52,000 more of these jobs in the state by 2025.

Companies are trying to prepare the future labor force, which will include more minorities and women. The Cartwright School District had an 89 percent latino population and 93 percent of its students were low-income in 2015, according to the district’s annual report.

“I think it’s really important for people like us that come from the same district to come and show them that it’s possible,” said Tay. 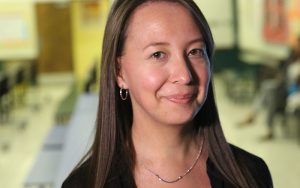 She’s an engineer for Microchip, a Chandler-based tech company. She grew up in a low-income family and is an undocumented immigrant or DREAMer who struggled to pay for college.

“I had to really fight for it.. it was hard,” said Tay, tearfully during her presentation to a cafeteria filled with students.

She managed to pay for tuition by asking business owners and companies to help fund her education. She encouraged students at C.W. Harris School to take advantage of scholarship opportunities available to those entering careers in STEM.

Her story hit close to home for a student who wants to be a pediatric surgeon.

“Sometimes I think, oh my family, they don’t have the money. Or, I won’t get through college. But her speech, it made me think that I’ll be able to make it,” said Katrina Suing, a middle school student at C.W. Harris.