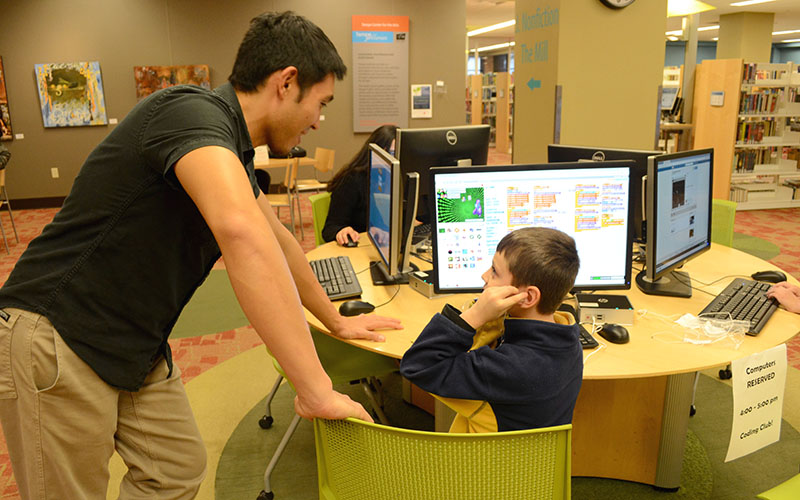 One of the club facilitators Earl Aguilera talks to Dmitri Greene during a code club meeting at Tempe Public Library on January 26, 2017. (Photo by Emily Balli/Cronkite News)

“It’s no longer okay to just sit around with books and wait for people to come get the books,” Kelly Smith, founder of Prenda, a Mesa-based education technology company said. “You can find anything online, and so libraries are under some pressure to be different. Meanwhile communities desperately need a place where individuals can come and learn and be challenged. Libraries are stepping into that role and the best libraries get that.”

According to the Bureau of Labor of Statistics, employment for computer and information technology jobs is projected to grow 12 percent from 2014 to 2024, which is faster than the average for all occupations. The bureau expects the creation of 488,500 new jobs in the industry by 2024.

Meanwhile, Code.org also reports that there are currently 9,667 open computing jobs in Arizona.

Although computer coding clubs may not teach all the skills children and teens will need to land computing jobs, those involved say coding clubs can provide a good foundation. 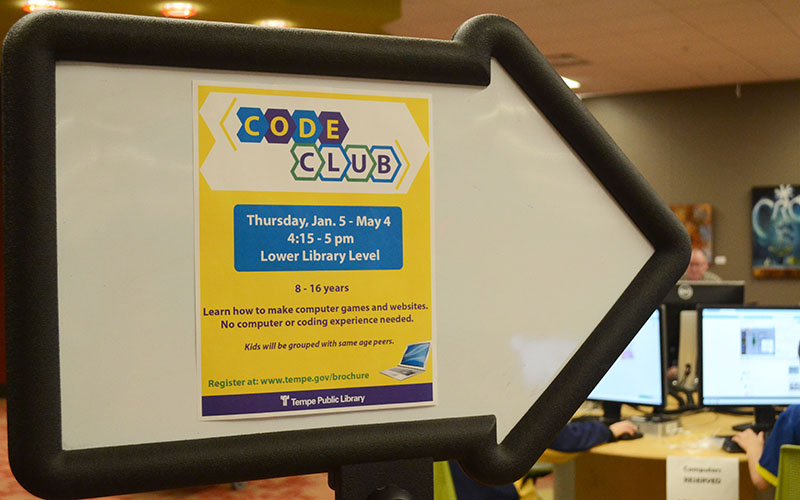 Every week, Dmitri Greene, 8, and David Greene, 9, attend code club meetings at Tempe Public Library and Chandler Public Library, where they learn how to build websites, games and apps.

Their father, Conrad Greene, said he believes the skills his sons are learning will help them move forward in the growing fields of technology and computer programming.

“Not only does the job market require it but, from an entrepreneurial perspective, it gives them more options to develop their own games or software to put out into the marketplace,” Greene said.

Greene does not use coding in his work as a finance broker, however his sons’ grandmother earned a doctoral degree in computer science and worked at Honeywell before retiring. She inspired Greene to emphasize the importance of computer programming and coding to his sons.

“As a parent you always want the best for your child, and you want to give them as many opportunities as possible,” Greene said. “The more skills they have, the more options they have.” 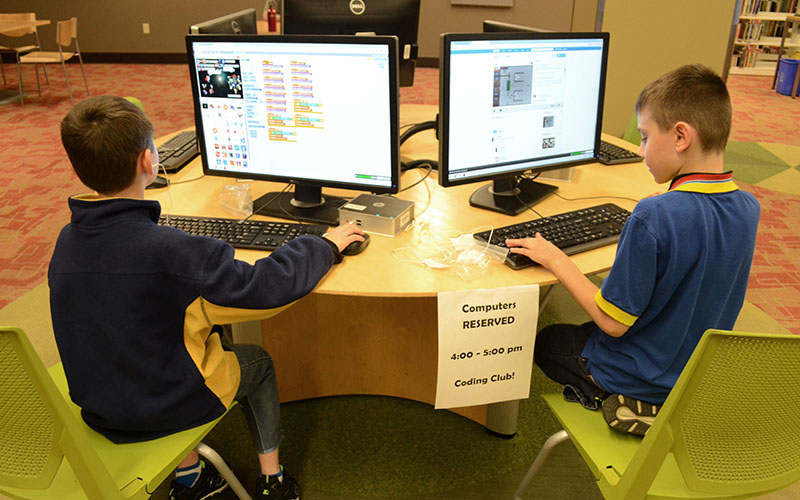 Smith and his team created a software that makes it easy for librarians who have little computer programming experience to facilitate coding clubs. Smith said the software and program Prenda offers are designed to make kids learn to problem solve instead of having the facilitator of the club solve the problems for them.

“All librarians these days see the value of this,” Smith said. “They think it’s important but they don’t feel confident that they can do it. So we give them software and training that makes it feel really comfortable for them.”

When Tempe Public Library’s club first began in the summer of 2016, youth librarian Alicia Hancock said she was shocked to learn that 40 kids were on the waitlist to fill 15 spots.

“I’ve never had a waitlist for a program that was that big,” Hancock said. “I felt so bad that we couldn’t get them all in. This summer we’re going to go ahead and have two sessions.”

Earl Aguilera, a doctoral student in the Learning, Literacies and Technology program at Arizona State University, helps facilitate Tempe’s weekly meetings with Hancock. He said he believes that coding and computer programming are important skills to learn but feels they also allow students to cultivate other valuable skills that they might not learn in typical classroom settings.