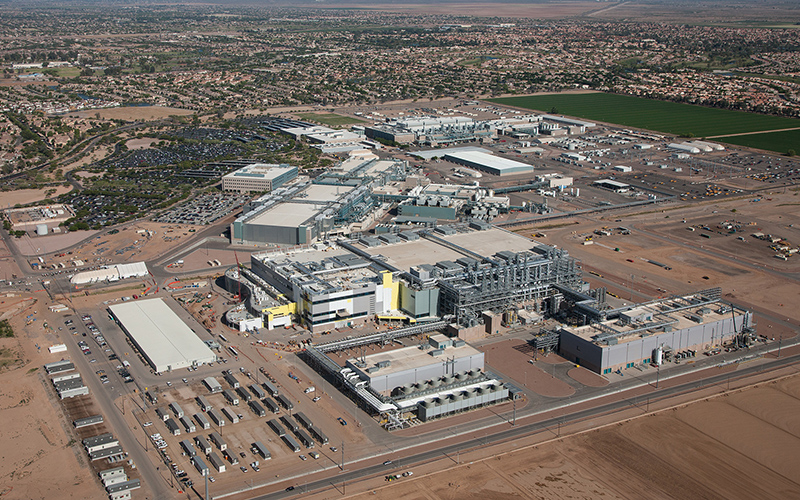 Intel formally announced Wednesday that the company will go ahead with plans to develop an advanced semiconductor plant in Chandler. The Fab 42 site will cost $7 billion and bring as many as 10,000 jobs to the state. (Photo courtesy Intel Corp.) 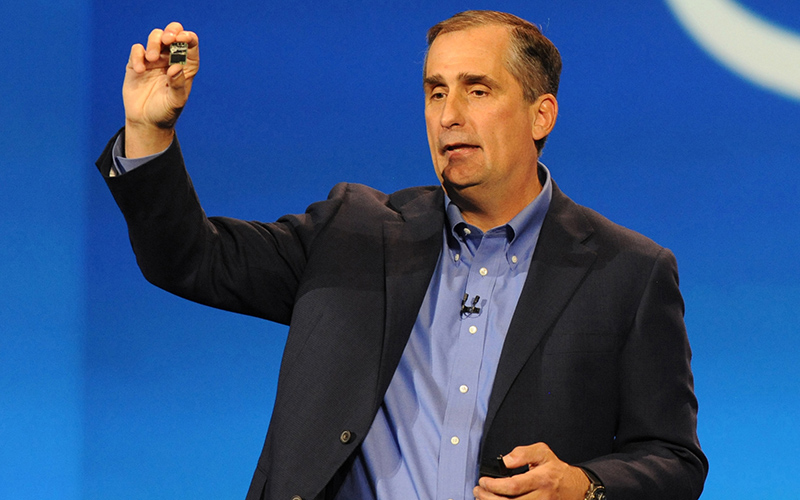 Intel CEO Brian Krzanich iin a photo from 2014. Krzanich was at the White House on Wednesday where he announced that the company will invest $7 billion in a plant to manufacture a new generation of semiconductor chip in Chandler. (Photo by Bob Riha Jr., Intel Free Press/Creative Commons)

WASHINGTON – Intel CEO Brian Krzanich used the Oval Office as a backdrop Wednesday to formally announce the company’s $7 billion investment in a new chip plant in Chandler, a project that is expected to create as many as 10,000 jobs in Arizona.

The project has been planned for years and it will take another three to four years for the company to star operations at the Fab 42 plant, what it is calling one of the most advanced semiconductor factories ever.

The announcement was hailed by state leaders and by President Donald Trump, who was on hand in the Oval Office but who let Krzanich do most of the talking during the four-minute event.

“We’ll be completing that factory to make the most-advance 7-nanometer semiconductor chips on the planet,” Krzanich said, according to a White House transcript of the announcement.

Intel is currently working on a timeline for the commercialization of the 7-nanometer chip that would be produced in Chandler, so there’s currently no start-date for the Fab 42 site, a company spokeswoman said.

While construction for Fab 42 began in 2011, these types of developments are “complex, long-term projects,” said spokeswoman Patricia Oliverio-Lauderdale in an email Wednesday. The decision to move ahead was made after ongoing discussions Intel has been having with the current administration, in addition to the necessity to meet a growing demand for the company’s semiconductors and the availability of the Chandler site.

This will be the third processing plant constructed in Chandler, said Mayor Jay Tibshraeny, who said he was not surprised by today’s announcement because of the close relationship between the city and Intel.

“We felt that this was coming because we’re constantly working with Intel on infrastructure and water and sewer issues,” he said. “So we knew it was only a matter of time before that plant got back up and running.”

Tibshraeny considers Intel a very important “business component” to the city and sees the project as “one of the most significant projects in the world.”

Krzanich said Intel is the largest private employer in Arizona, and that the 10,000 long-term jobs expected will also bring about 3,000 high-tech, high-wage jobs.

In addition to the economic benefits it will bring to the state, Gov. Doug Ducey said the Intel announcement also reflects defining characteristics of what Arizona and its people represent.

“Intel’s commitment to Arizona speaks volumes about our workforce, advanced educational infrastructure, business environment and commitment to technology and innovation,” Ducey said in a statement released by his office. “This represents a core area of Arizona expertise, advanced engineering and manufacturing.”

Sen. Jeff Flake, R-Arizona, said Intel’s “high-paying jobs will be a boon for the East Valley economy.” He said in a statement that he welcomed the decision “to invest in Arizona’s workforce and President Trump’s continued commitment to policies that facilitate job creation here in the United States.”

While Trump has emphasized bringing jobs back to this country from overseas, Krzanich said the Chandler plant will mean new jobs, not relocated ones. He said the decision to make the announcement in the White House was a bow to Trump administration’s “tax and regulatory policies” that “really make it advantageous to do manufacturing in the U.S.”

Rep. Andy Biggs, R-Gilbert, whose district includes Chandler, said in a statement that the announcement is evidence of “a new era of business opportunity across the country and will provide a better future for many in the East Valley.” He credited the Republican push for cutting regulations that has been “resetting the economic climate that has beleaguered our nation’s businesses for the past decade.”

While no start date is set, Tibshraeny is hoping to get started soon.

“I had a discussion today with Intel talking about how the city can work close with them during the construction phase,” he said. “So I think we’ll see them getting their building team onboard and get their plans completed and then start construction.”