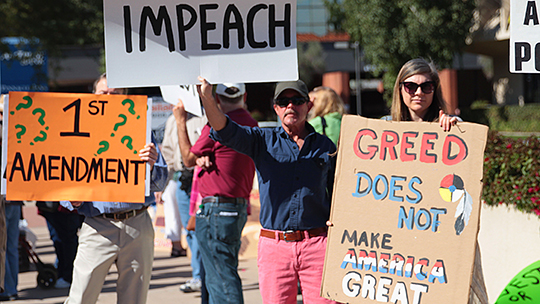 PHOENIX – About 35 protesters gathered in front of Sen. Jeff Flake’s Phoenix office Tuesday afternoon to protest decisions made by the Trump administration, including the President’s executive order and nominations for members of his cabinet.

Members of grassroots organizations including Indivisible Arizona and JOE (Justice, Opportunity, Equality) Phoenix held up signs on the sidewalk protesting Trump’s stances on immigration and health care, as cars driving by on Camelback Road honked in support.

“I’m going to resist every step of the way this agenda that seems to trample the Constitution, ignore democracy,” said Wendy Garcia, a member of Indivisible Surprise. 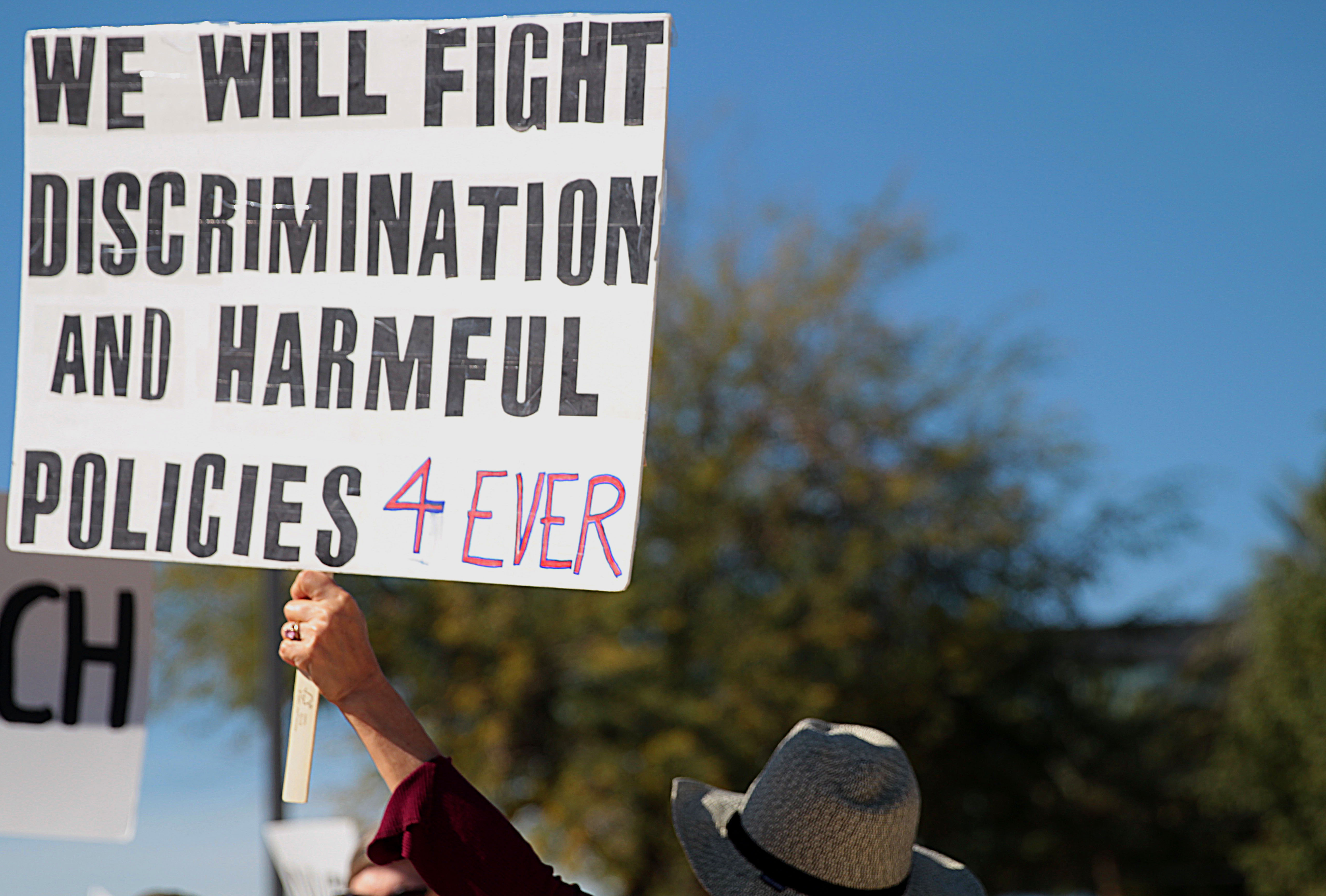 Several people spoke out against Flake and McCain‘s support for Betsy DeVos, who was confirmed by the Senate as the Secretary of Education Tuesday in a tie broken by Vice President Mike Pence.

Both Flake and McCain have clashed with Trump in the past, but some protesters said speaking out against the President wasn’t enough, pointing to the DeVos confirmation.

“They could’ve taken action today, but both of them voted to confirm DeVos as education department secretary,” said Brad Christensen, who heard of the protest through a friend. “So it’s mainly talk and I think they’re afraid. I mean, McCain doesn’t have to be afraid, he just won re-election for heaven’s sake. He can be the maverick once again.” 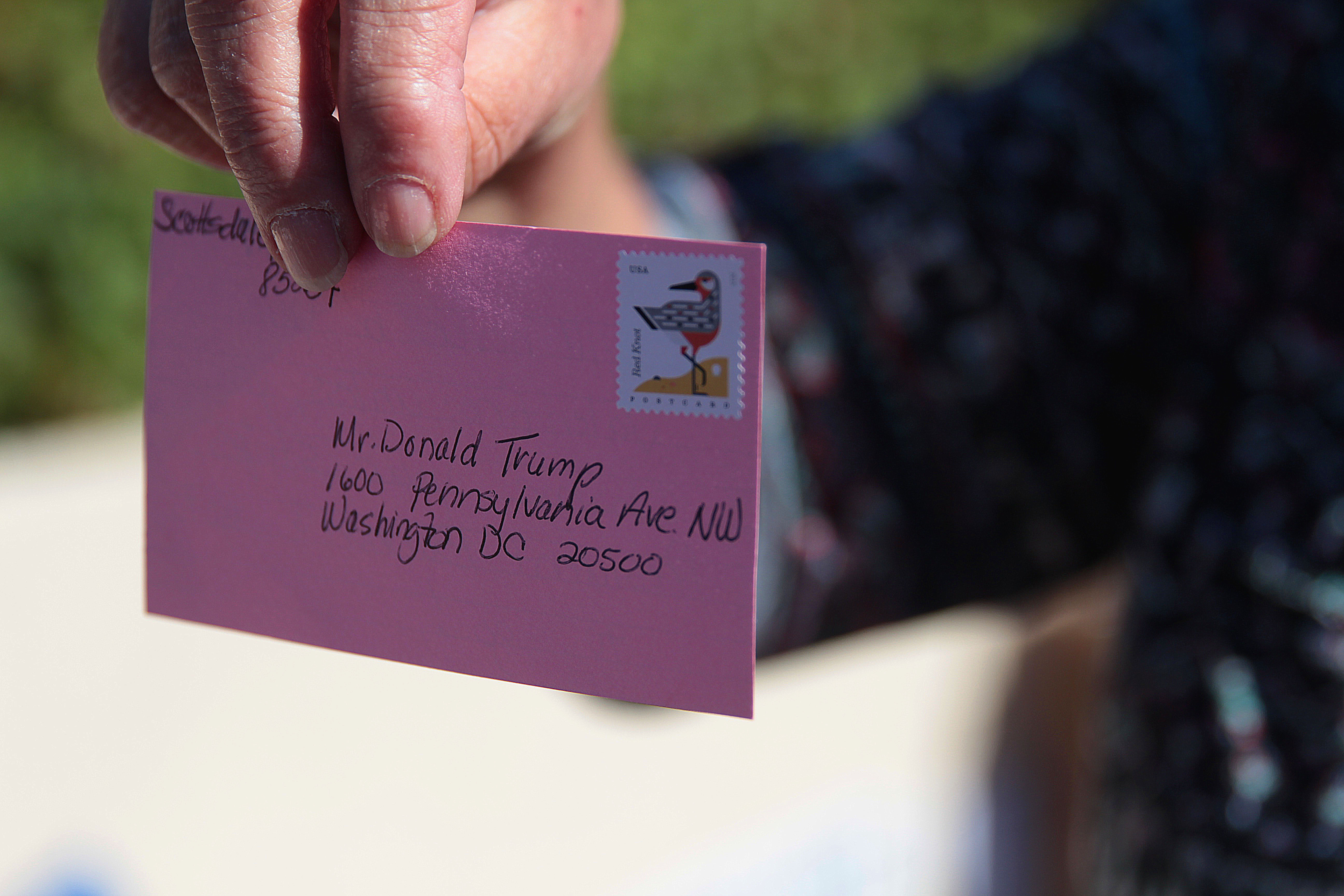 The Puente Human Rights Movement is encouraging people to send pink postcards to the White House as a sign of protest. Representatives from Puente hand out cards at an anti-Trump protest outside Sen. Jeff Flake’s office on February 7, 2017 in central Phoenix. (Photo taken by Taryn Martin/Cronkite News)

Several people wrote notes addressed to President Trump on pink postcards with their “recipe for democracy.” Debbie Detering worked with Puente Arizona to start the postcard movement, which she said is building off the Women’s March movement.

Several other protesters planned to wait outside McCain’s office to speak with someone, as the senator’s voicemail has been full and calls have not been returned.

Neither Flake nor McCain could be reached for comment.