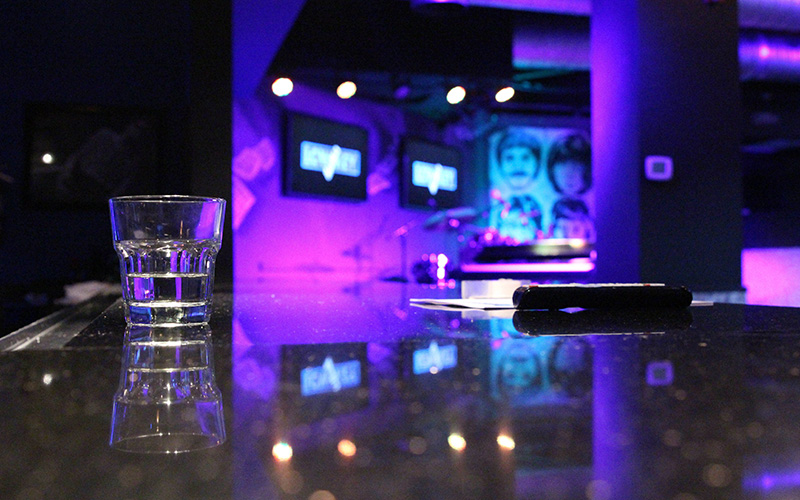 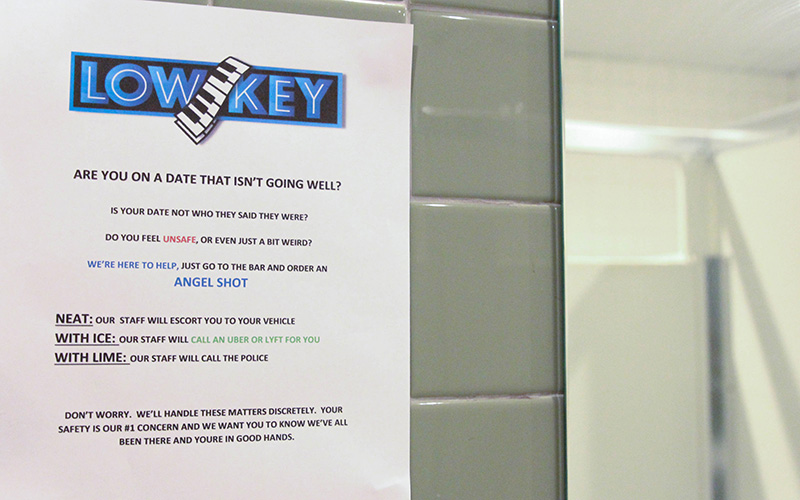 Low Key Piano Bar in downtown Tempe has introduced “Angel Shots,” a code customers can use to alert bartenders when they are in an uncomfortable situation. (Photo by Erica Apodaca/Cronkite News) 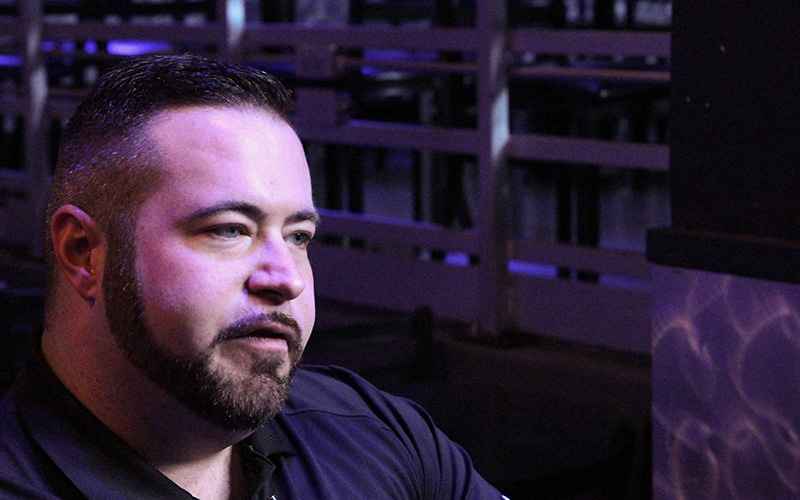 The bar’s owner, Austin Walter, said he decided to hang up the signs to promote safety. 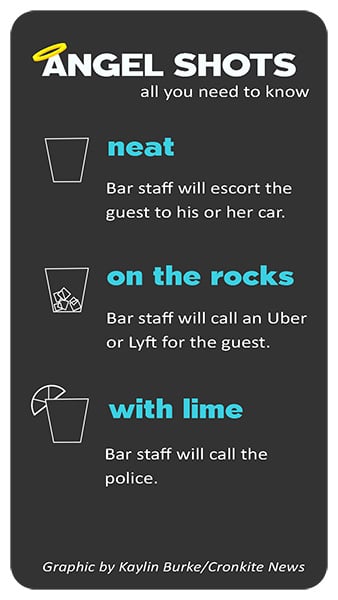 “We look after every single person that’s here,” Walter said. “We do our best to make sure that the entire place is kept safe and at the end of the day, if it’s not safe, we’re going to be out of business.”

The angel shot first gained popularity on social media. Media outlets have attributed a customer’s post with a photo of the sign hung by a Hooters in South Africa. The post has garnered 495,000 shares on Facebook.

The code is designed to give women confidence and assurance while handling a troublesome encounter. But not everyone agrees that this is the best way to deal with this sort of situation.

Laurie Latham, a police officer turned self-defense expert and owner of Valley-based AZPlayItSafe Defense, said the angel shot is a good start, but it’s not enough.

“The angel shot is a step in the right direction,” Latham said. “Do I think it’s going to solve this epidemic? Absolutely not.” 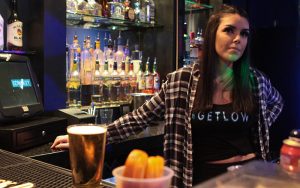 While the angel shot may not be most effective solution to avoiding uncomfortable or dangerous situations, Low Key bartender Nicollette Davis said it offers some discretion.

“It’s much better that people are more discrete about their problems rather than cause a huge scene with the whole entire bar,” Davis said. “And not to be rude, then you’re ruining other people’s nights.”

Latham explains that confidence is key, but the best thing to do is get loud.

“I have interviewed hundreds, if not thousands, of women who have been sexually assaulted, and they knew they were in trouble, they knew they were in danger,” Latham said. “But I’ve heard time and time again the reason that they didn’t do anything is, is they didn’t want to be rude. You’re not going to ruin other people’s night, you’re going to attract attention and attention is what will save your life.”

While the angel shot might not be a secret anymore, Walter, Davis and Latham said they hope it will create awareness and make bars a safe place.