‘You’re not alone:’ Students, experts give advice on how to fight bullies, depression 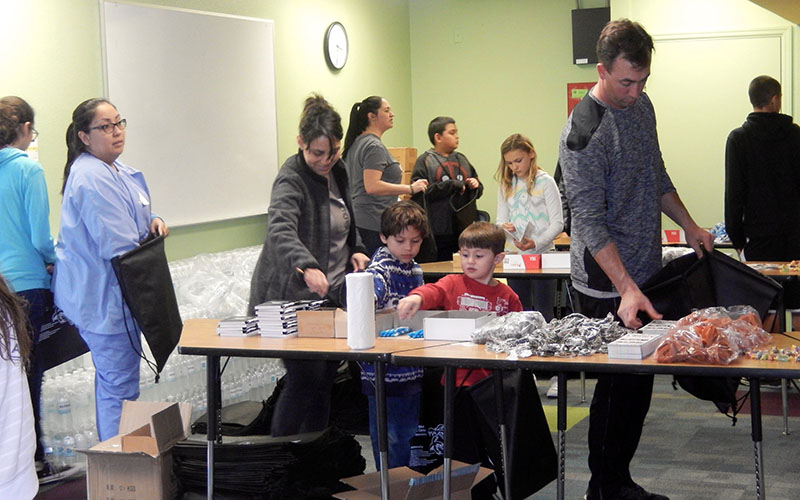 GLENDALE – Elementary, middle-school and high school students from across the West Valley are joining leaders in education, business and local government in a move to combat bullying, depression and suicide.

A conference at Arizona State University’s West campus last week drew more than 800 people, with motivational speakers and group activities to teach students to speak up and get help.

Student leaders and other experts offered advice to students in trouble and to anyone who wants to help:

Don’t think you’re in this alone, because you’re not
Grace Martinez, a ninth-grade student at Westview High School, said she has been bullied since kindergarten, and resorted to cutting herself in the seventh grade. After going to therapy and finding the courage to speak to someone about her problems, she says she’s doing much better. “You’re never alone,” Martinez said. “You have your friends, family and other trusting adults to talk to.”

It’s okay to intervene when it comes from the heart
From a young age, children are taught to not be a tattle tale and they’re told they need to mind their own business, but “where have we given a counter message to the kids?” Gina Godbehere, a prosecutor with the Maricopa County Attorney’s Office asked. “We need them to know it’s not being a tattle tale when it comes from the heart and is done for the right reason.” Godbehere wants students to know that they shouldn’t be afraid to reach out to an adult or authority figure in their lives if they are experiencing or witnessing bullying.


It’s good to ask if everyone is doing okay
Kyla Diaz, an eighth-grader at Rio Vista Elementary School, says that what she’s taken away from the conference is that many times people will be hurting or suffering but won’t speak up about it, so it’s good to ask and check on the well-being of fellow peers.


Adults have to be ready to listen
Every adult has to be ready and willing to listen to any student who may have a problem, said Jennifer Rogers, a mother and a spokeswoman for Gcon, a construction management company that has joined the cause as a conference sponsor. “We won’t find all the answers but we’re trying to spark a communication change,” she said. “If we don’t get involved with our kids, who will?”

Tolani Olatunde, an eighth-grade student at Villa de Paz Elementary school says she’s never experienced bullying first hand, but knows the damage it can cause. “Find someone you know you can trust who will listen to you,” she said. “If you don’t something might happen that could lead to complete destruction in your life, and you don’t want that.”

You’re not alone
Jaydn De La Cruz, a Rio Vista Elementary student has these inspiring words for any of her peers that might be experiencing bullying or depression. “Be a friend,” De La Cruz said. “You’re not alone, you’re beautiful, you’re proud, you’re smart.”

Have your voice heard and give others a voice
Student Grace Martinez believes that speaking up for others is just as important as speaking up for yourself. Last October, Martinez found a hate page on the internet dedicated to her, and instead of letting it affect her, she joined forces with teachers and students from her school and created an anti-bullying assembly to teach others. “Maybe you’re not being bullied but maybe a friend or just a student you know is,” Martinez said. “For all you know it could be getting worse and worse for them and you could just be a bystander, so speak up and say something and have your voice heard, and maybe you can give them a voice.”