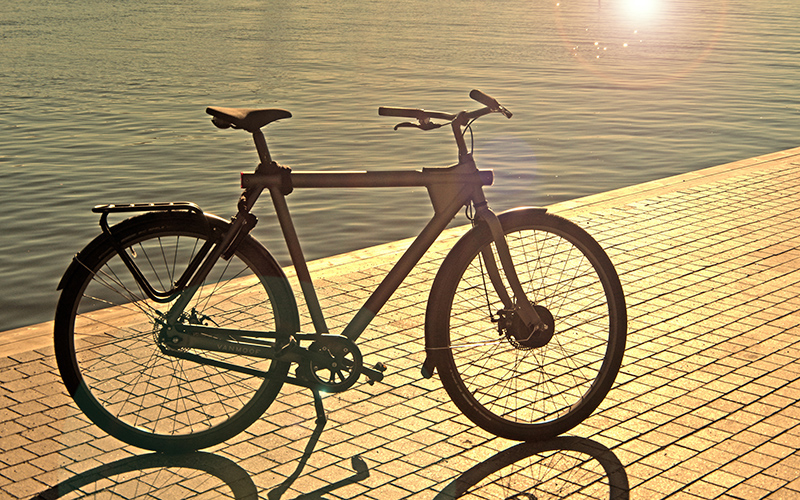 A bicycle rests on a kickstand. (Photo by Kurt:S via Creative Commons)

TEMPE – Tempe City Council unanimously adopted an ordinance Thursday that implements rules for electric bicycles, which are not regulated by the state.

The ordinance includes the following regulations:

A study in Knoxville, Tennessee, of bike sharing users found that e-bike riders exhibit similar safety behavior as regular bike riders, according to the National Center of Biotechnology Information.

Councilwoman Lauren Kuby worked with Lectric Cycles, The Bicycle Cellar and the Tempe Bike Action Group to explain the rules for e-bikes and let riders know where they can and cannot ride.

“We could make it into a model legislation that could be legislation used all over the Southwest and the country,” said Kuby.

Electric bikes have a low-speed motor. E-bikes are “pedal-assist,” meaning the cyclist must be pedaling for the electric motor to engage. The function of the electric motor is to provide a boost of power to climb hills and allow riders to bike more often and farther.

In Arizona, an e-bike is defined as a two-or three-wheeled vehicle with pedals and an electric motor of 1 horsepower. The motor alone can power the e-bike up to 20 mph.

“The fastest growing segment of my market is actually college educated people between 35 and 45 that are using these as car replacements,” he said.

Thomas Tomczyk, manager of The Bicycle Cellar in Tempe, said e-bikes are pretty standard in Europe, but other countries like the United States and the United Kingdom have increased the number of e-bikes.

“I encourage the use of e-bikes so that we can help transform transportation to become more sustainable in our city and other cities,” said Kuby.