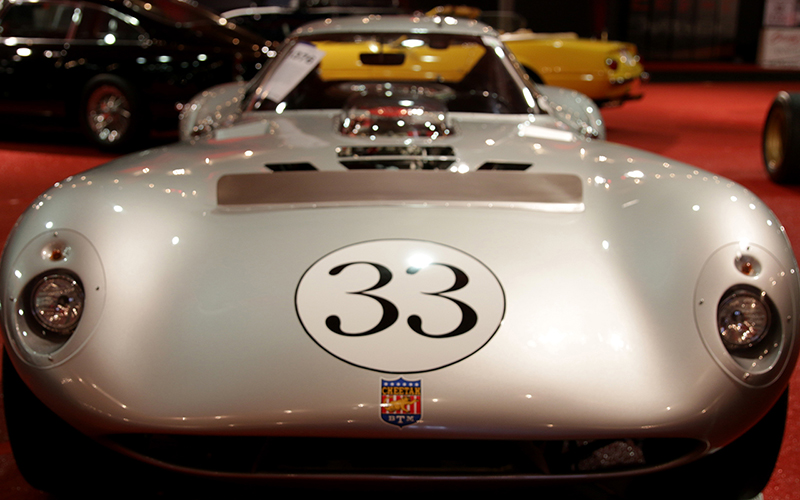 This 1964 Cheetah built by Bill Thomas Race Cars was built and raced with a Corvette engine, according to Barrett-Jackson’s website. (Photo by Kaylin Burke/Cronkite News) 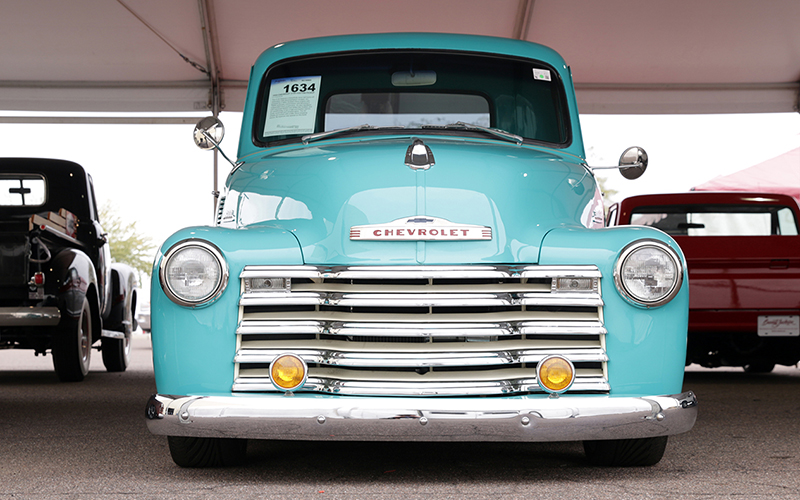 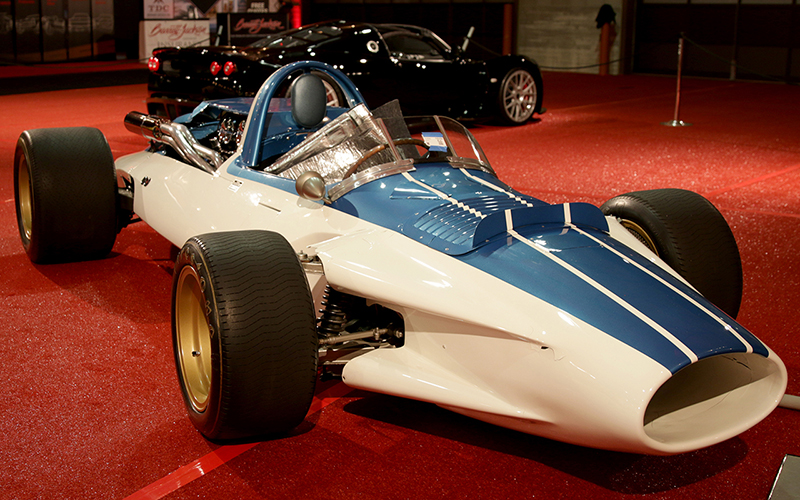 This 1959 CERV 1 (Chevrolet Engineering Research Vehicle One) was built to test the suspension for the Corvette series. (Photo by Kaylin Burke/Cronkite News) 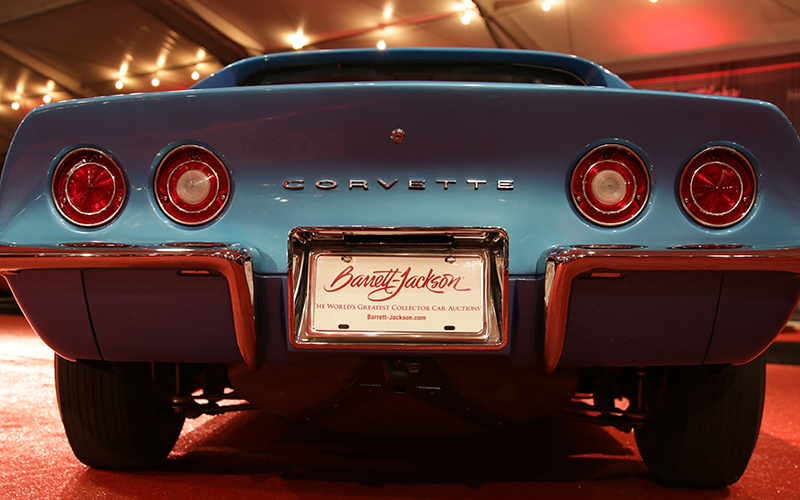 A 1969 Chevrolet Corvette L88 in the salon showroom of Barrett-Jackson 2017. (Photo by Kaylin Burke/Cronkite News)

Many of them stayed right here.

Even though many of Barrett-Jackson’s attendees aren’t Arizona residents, those who live in snowier areas leave their new purchases in storage here. Rolling Art Motorsports in Scottsdale serves those car enthusiasts. 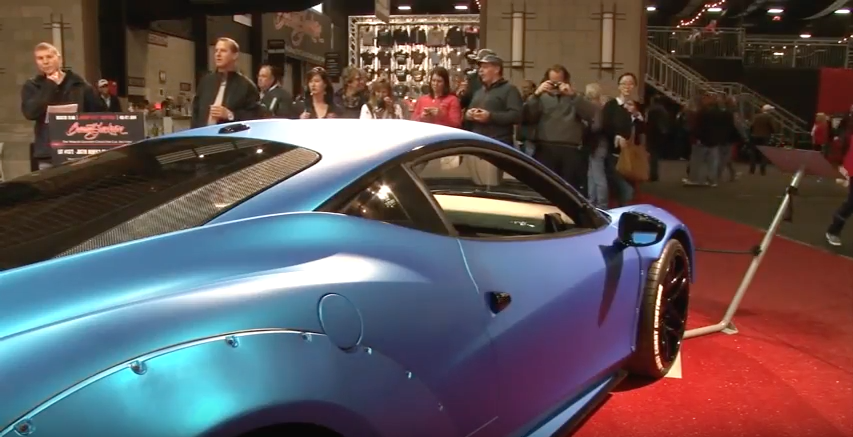 Mike Freeland, one of the co-owners of Rolling Art, said customers from Canada and the East Coast tend to store their cars in Phoenix after Barrett-Jackson to avoid the winter storms, and they ship the cars in the summer.

“Our entire 18,000-square foot facility is air conditioned … no swamp cooler. We do ‘maintained storage,'” Freeland said. “We make sure we go through everything, the fluids and tire pressure, that it’s all dialed in.”

The company serves up to 350 clients during Barrett-Jackson, and it can care for up to 450 vehicles; and storage can start at $400 a month. Freeland said they build close relationships with their clients.

“I have a couple clients that I’ve known for a long time, that I’m actually the executor of their auto estate,” Freeland said.

And in the world of luxury and collectable vehicles, cars are investments.

“A big percentage of our customers are buying cars as art. They buy it as an investment,” said Jay Lewton, co-owner of Rolling Art. “And that’s where we fill the niche. … We’re making sure the car is being maintained … and then in two years, three years, when the market goes up, they can take it to auction and make a really good profit.”

Rick Drewry likens the vehicles to art as well, and the insurance company he works for insures them as such. American Modern Insurance protects cars in ways regular auto insurance doesn’t.

American Modern travels to Barrett-Jackson shows across the country. Drewry said the company can insure the cars as soon as they roll off the auction block. They have all of the bidder and car information prior to sale.

“Whatever they pay for, out of pocket, it’s insured for that,” Drewry said. 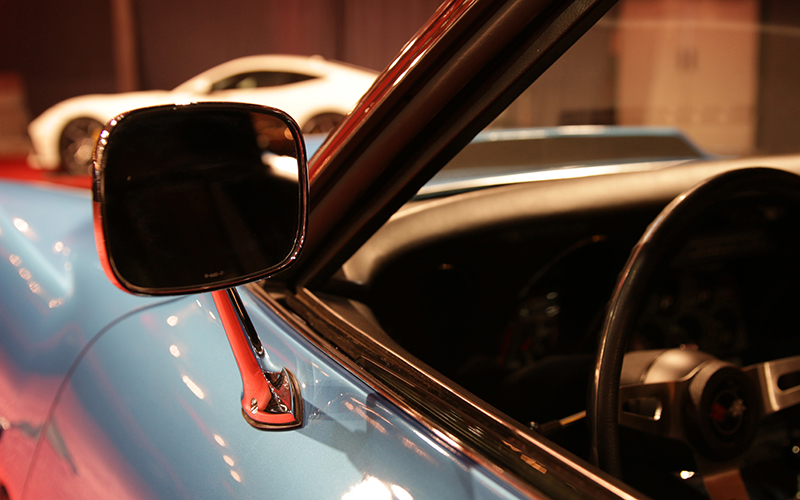 Companies such as American Modern protect cars for dings, scratches and mileage. They offer care with specialized repair technicians, so clients can talk “car guy to car guy,” Drewry said.

But the car’s value is more pliable than a Jackson Pollock painting. “That’s the difference between art and a car. You buy a piece of art you put it on the wall and cross your fingers,” Freeland said. “There’s things you can do to make (cars) worth more money.”

Like all art, these cars also elicit an emotional response from enthusiasts.

Lewton agreed. “It’s emotional for them. … They buy what they like, and if you do that, it doesn’t matter if it goes up and down in value.”

Freeland relayed a few stories of clients who have gone out of their way to purchase sentimental cars: their first car from high school or the exact model of a car they owned when they met their spouse.

“You gotta hold them back, because maybe it’s not the best quality,” Freeland said. “(But they say,) ‘Oh no! What if we can’t find another one?’ They’re totally buying on the emotional factor.”

In the end, the car collector culture is one of passion and camaraderie.

“(Barrett-Jackson) is their spring break,” Lewton said. “It’s a destination … a bucket-list event.”