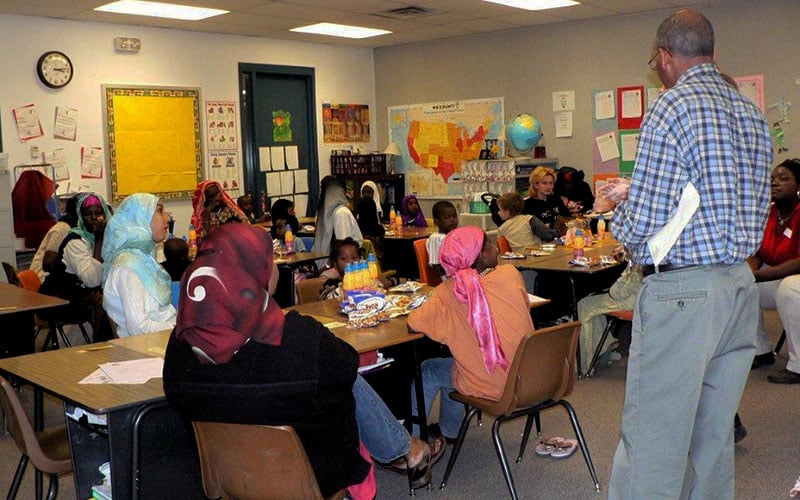 PHOENIX – Former refugee Boo Htoo came to the United States with his two children in 2007 after spending more than 20 years as a Burmese refugee in Thailand.

His parents fled Burma when he was young due to internal conflict. He said he went to school at the refugee camp, but there wasn’t a standard schooling system or enforcement of mandatory schooling like there is in the United States.

Htoo attended school in the refugee camp and eventually became a teacher. 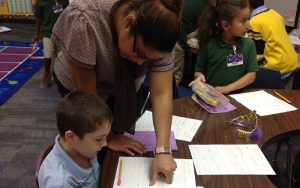 “If you were educated you had an opportunity to make money,” Htoo said. However, he said it wasn’t much, and he wanted to make a better life for his family.

Htoo’s two children were young when the family first arrived in the United States. Ophelia Htoo, his daughter, was 6 years old and his son, Antonio Htoo, was 3 years old.

“There were a lot of challenges,” Htoo said. The most challenging thing, he said, was communicating with others despite a language barrier.

“We speak our language, Karen language, at home,” he said.

The communication struggles were more than just not knowing the language. Shaking hands, making eye contact and other unfamiliar American customs were challenging for him and his children to grasp in the beginning, Htoo said.

Even lunch, Htoo said, was an adjustment. He said the food in the United States is different, and simple things like packing a meal was difficult at first. He said his family was used to eating rice for lunch, but in the U.S. other children would bring sandwiches to eat.

However, Htoo said his children learned quickly and adjusted well.

Htoo gives partial credit to Montebello Elementary School where his children go to school. The school provided his daughter with a backpack and helped the family make the transition, he said.

Help along the way

The International Rescue Committee, where Htoo works as a data support coordinator, also creates programs to help students like his children assimilate.

The IRC helps them find housing, jobs and classes for children. The organization makes it a priority to enroll refugee children in school within 30 days of their arrival.

“One important thing to remember is that these are people who were forced to flee,” Nichole Walker, development manager at the IRC, said.

The organization helps refugee families transition to the U.S. education system and gives them the expectation of parent involvement in a student’s schooling, which may be different than the country they left. The IRC provides translators and helps set up school orientation for parents and students.

Violetta Lopez, education and learning manager for the IRC, said it is common for refugee children to have a lapse of education. They may be coming from refugee camps where schooling isn’t required, Lopez explained.

“They’re English language learners just like any other ELL student here,” Lopez said. “They might have some specific needs that are specific to where they’re coming from.”

Washington Elementary School District in north central Phoenix and east Glendale is the largest elementary school district in Arizona, and it takes in refugee children from all over the world. As of September, the district had more than 500 refugee students.

“I want them to be happy, safe and accepted in the school,” Kovacevic said.

Kovacevic is a former refugee from Bosnia, and she said her experience allows her to help others. She said she understands the difficulty of learning English, and she provides parents with a picture dictionary, as well as a picture school handbook to help families adjust.

“We are closely coordinated with refugee resettlement agencies,” Kovacevic said.

The district prioritizes student safety and wants to communicate the rules and expectations as effectively as possible, Kovacevic said. The district formed a refugee welcome center, where families come with a translator and case manager to discuss the education process.

The district hosts events that celebrate the diversity at the school and encourage students and their families to embrace their culture.

“We are trying to cover all those needs,” Kovacevic said.