The elections are over, but the electing isn’t. The president is not officially elected until the 538 Electoral College members meet in their state capitals to cast their ballots. (Photo courtesy Arizona Secretary of State) 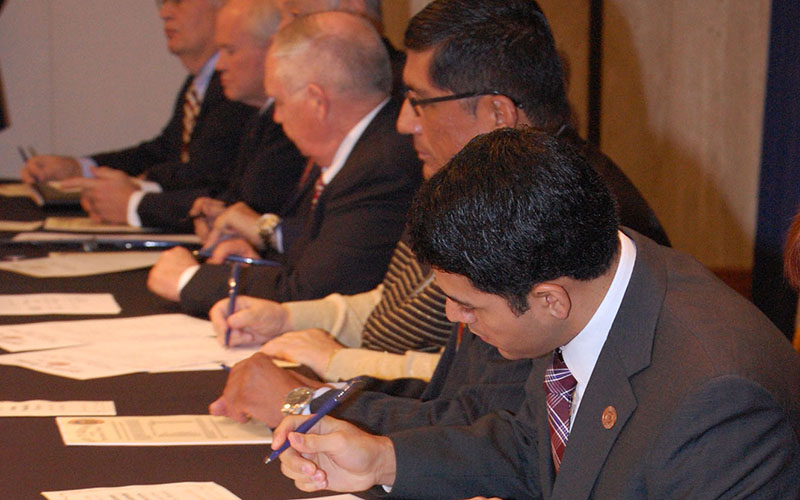 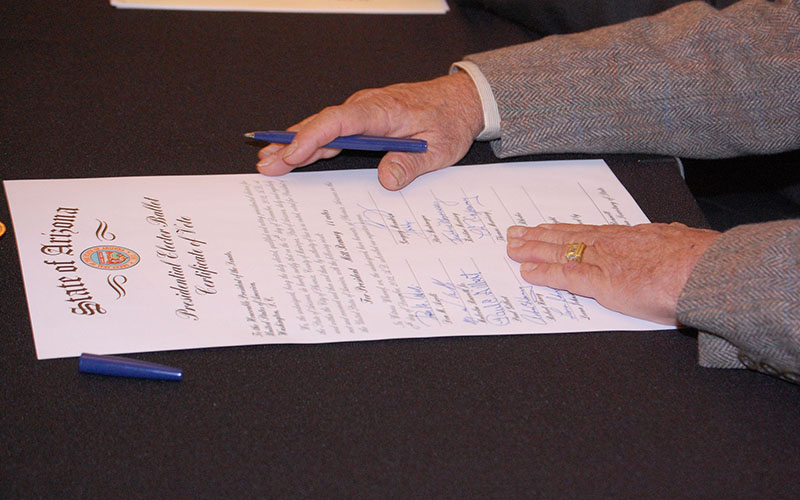 WASHINGTON – Death and taxes may be the only things certain in life, but the outcome of the Electoral College vote can’t be far behind.

When Arizona’s 11 presidential electors gather in Phoenix Monday to officially vote in the next president, experts say there is little chance that they will cast their ballots for anyone but President-elect Donald Trump, who won the popular vote in the state.

The Electoral College vote comes as just under 4.9 million people have signed a Change.org petition, the largest in that organization’s history, urging electors to change their votes from Trump, whom the petition calls a “danger to the Republic.”

Critics have called on electors to cast ballots instead for Democrat Hillary Clinton, who collected 2.5 million more votes than Trump, but lost the Electoral College by a large margin, one of just five candidates in history who have won the popular vote but not electoral vote.

But history and political pressure make it unlikely that electors will put Clinton in the White House.

When voters went to the polls Nov. 8 they didn’t actually elect the president – they elected the 538 members of the Electoral College who will do that job, one elector for every member of Congress and three for the District of Columbia. They are generally bound to vote for the candidate who won their state.

Although he lost the popular vote, Trump won enough states to amass 306 electoral votes, well over the 270 needed to win the presidency.

Unlike many states that bind their electors to cast ballots for the winning ticket in the state, Arizona has no such law. But Jennifer Steen, associate research professor in political science at Arizona State University, said they probably don’t need a law to bind them.

Repeated attempts to reach Arizona’s electors were unsuccessful, including one who promptly hung up on a reporter.

Steen, who was a California presidential elector in 1996, said there was no such Electoral College drama then, after what she called an uncontroversial election.

“There was no talk of, ‘What if I want to vote for somebody else?'” she said. “It was pretty routine.”

While it is “more likely than normal” that this election put individuals in the Electoral College who “really don’t like” Trump, Steen said that electors almost always vote for their pledged candidate.

“They’re not bound by law, but they’re bound by custom, by social convention,” she said. “So for someone to break that, there will be social consequences and political consequences. They are risking their political allies … although you never know when a maverick will get in there.”

Haynes, noting that 38 electors would need to switch their votes to change the outcome of the race, said talk of Clinton supporters pressuring electors to change their vote is little more than a “silly political maneuver.”

“It’s a fun story without any substance at all,” Haynes said. “The fact that it’s getting any ink anywhere shows how little people know about the Electoral College.”