LAVEEN – Fairfax High School boys basketball head coach Josh Wray put his phone on vibrate on the night of Oct. 14, an unusual move for him.

Wray was not ready for the call from Isia Slater’s stepfather when he checked his phone over an hour later.

A suspected drunken driver hit the passenger side of a vehicle Slater had been riding in, taking the lives of the 16-year-old shooting guard on Wray’s team and another Fairfax student, Yohanna Giorgis.

The accident occurred just hours before what would have been Slater’s 17th birthday.

“It was already past midnight when everybody knew, so most of the day was kind of in disbelief,” said Payton Garrett, Slater’s teammate and best friend. “But, this season we’re gonna celebrate his birthday every day.” 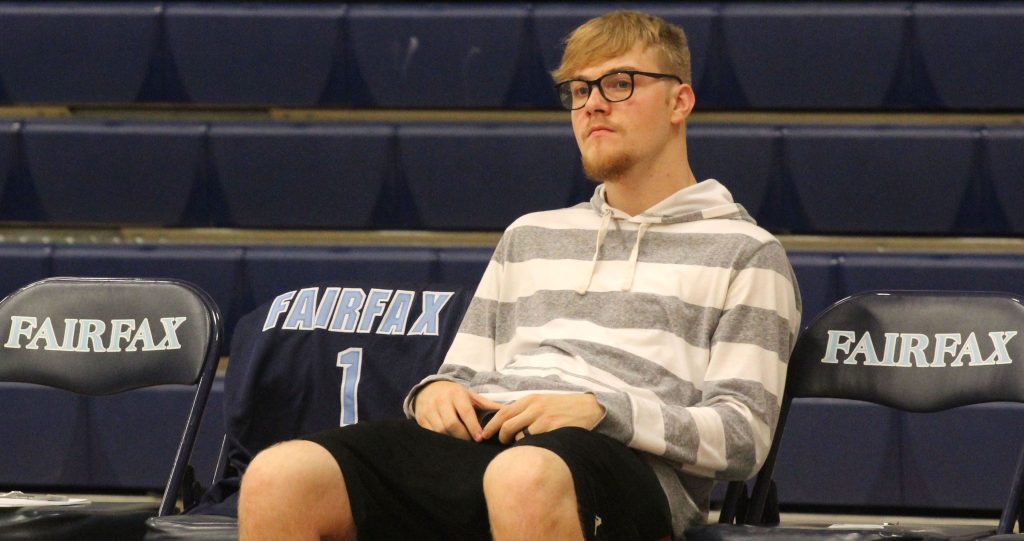 Payton Garrett, injured and unable to play in the first scrimmage, sits alone on the bench next to Isia Slater’s jersey. (Photo by Trisha Garcia/Cronkite News)

Those closest to Slater said he was born to play basketball. They described him as quiet but competitive, passionate and selfless on and off the court.

But now, the Fairfax team and its coach are trying to find a way to focus on the season that starts Tuesday, which they say Slater would have wanted.

“We’re not going to replace the player he is. No one thinks that that’s possible,” Wray said. “So it’s going to be a collective effort to get this team into a point where we can be successful without him.”

Slater wasn’t the stat leader in any one category, but Wray said he would still go down as one of the best players in Fairfax history.

“(His stats) won’t break any records because he filled up so many different stat categories,” Wray said. “He’d have points, rebounds, steals, blocks, assists, all in the same game. So he never dominated one stat category or another, but he was one of the best players we’ve ever had.”

But, for his friends, Slater was more than a basketball player.

Teammate Vince Landrum said Slater’s presence will be missed on the court and as a leader who could always “take it to the hole.” 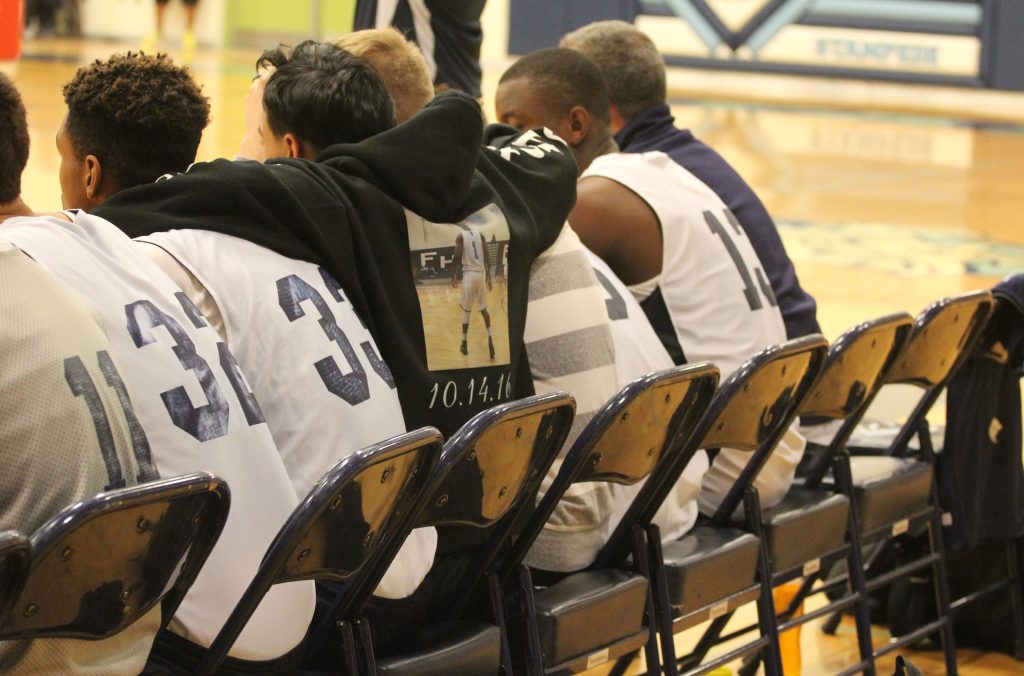 Adrian Castro comforts his teammates as they watch the team take the court for the first time without Isia “King Uno” Slater. (Photo by Trisha Garcia/Cronkite News)

Wray recalled Slater drawing inspiration from Stephen Curry of the Golden State Warriors and shooting from well-beyond the three-point line. Wray said Slater would catch the ball 8 feet behind the line and let it fly, which didn’t always please his coach.

“I always remember the ball being in mid-air and me already yelling at him,” Wray said. “And the ball going in and him looking at me, like, ‘Look, I made it. What’s wrong with what I’m doing?'”

While his coach and teammates emphasized how quiet Slater could be, they agreed there was no better way to know him than to watch him play.

“The best way to know Isia was on the court,” Wray said. “That’s where his personality came out the most, he’s just a fierce competitor, his passion shows when you watch him play.”

In fact, Garrett was sure if circumstances were different, Slater would be on the court practicing shots today. It was that drive that earned the young fan of Derrick Rose, from his years on the Chicago Bulls, the nickname “King Uno.”

“He’s the king of number one,” Garrett said of the player who wore No. 1. “He’s the only person who’s ever gonna wear number one.”

The administration at Fairfax High agreed. Slater’s home jersey was given to his family and his away jersey will be draped over an empty chair on the bench all season.

At the end of the season, Wray hopes to frame the jersey and hang it in the gym to memorialize Isia “King Uno” Slater as a part of Fairfax forever.

“His legacy is going to be that which revolved around basketball because that’s what he loved most,” Wray said. “But his friends and family and teammates will remember him as a great person, a great teammate and a great ball player.”

Slater left behind his mother, stepfather and four siblings, who declined to comment.

“We’re together a lot because we were closest to him,” Garrett said. “So we feel closer with him when we’re together, so our family stays in contact.”

But, Slater was family for his team, too. Before the team broke any huddle, they would chant, “Family.”

The Fairfax team broke each huddle by saying “Isia” where they normally say “family.” (Photo by Trisha Garcia/Cronkite News)

“It was never just a word that we would say. These boys are a family … for each other … to me and every time we break down a huddle … that’s what we say, ‘Family,'” Wray said, fighting back tears. “We did lose one of our family. The boys have been great for each other and they’ve been a family to me to help me get through it as well.”