Federal regulations for implementation of the Every Student Succeeds Act still relies on standardized testing, but give states leeway in choosing other measures of succeeding and failing schools. (Photo by Alberto G/Creative Commons) 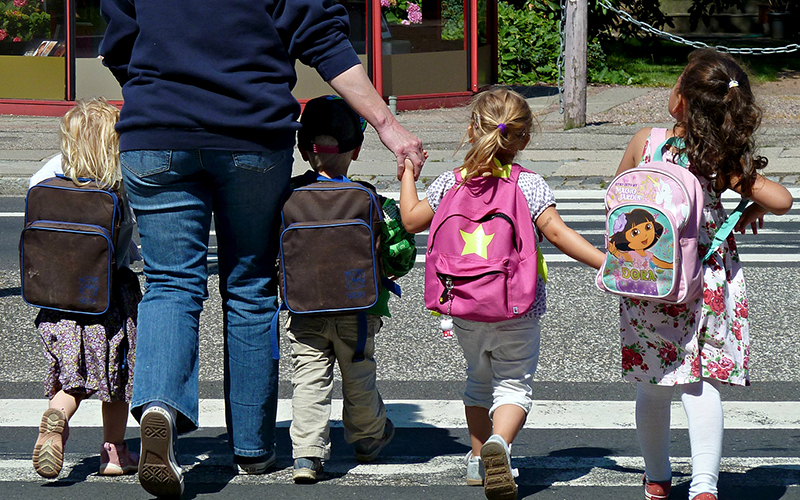 Educators welcomed the flexibility in the federal standards for implementation of the new Every Student Succeeds Act, saying it recognizes the “tremendous diversity” of schools in the state. (Photo by Comrade King/Creative Commons)

WASHINGTON – State officials welcomed final regulations for the federal school policy that will replace the troubled No Child Left Behind program, which give states more flexibility to determine school success and which schools are falling behind.

The 383-page document released Monday by the U.S. Department of Education also extended key deadlines that states must hit as they implement the Every Student Succeeds Act.

The final plan was released after more than 20,000 comments from educators on earlier drafts, and Arizona educators were generally upbeat about the final tweaks that give more power to states and school districts.

“Previously there was a requirement that each district and each school be measured by a single indicator – in Arizona it’s a letter grade,” said Mark Joraanstad, director of Arizona School Administrators. “But now states must measure their schools with multiple indicators statewide, which reflect the complexity of education much better.

“A single letter grade can’t take in everything from test scores to after school programs to school climate,” Joraanstad said. “So we are really hoping the state chooses measures that give a full picture of education – which is complex.”

The Arizona Department of Education is still “combing through the lengthy document” and has not settled on which accountability measures they plan on submitting to the Arizona Board of Education for approval.

“That is all still up in the air,” said department spokeswoman Alexis Susdorf. “We have some ESSA action-items later this year and we are definitely going to be following all federal requirements while making sure school and parent choice is fully respected.”

Among the changes allowed under the new rules is the option for states to use measures like graduation rates or test scores when assessing school and district success, as long as the measure is “supported by research that it helps increase student learning.”

“There’s been a lot of discussion of college and career readiness – obviously this is an important goal but how exactly do you quantify it and weigh it in a measurement?” Joraanstad asked.

“We should be looking at how many students complete the FAFSA (Free Application for Federal Student Aid), AP course results, and the results of training programs for career,” he said.

An official with the state chapter of the American Federation of Teachers agreed that measurements consider more than test scores.

“While it’s important to collect data and prepare students for testing in high school, tying school success strictly to test scores hurts the morale of teachers and doesn’t give a full picture of the state,” said Misty Arthur, executive director of AFT Arizona.

Testing will still be a large part of ESSA. The rules require that 95 percent of students participate in state assessments, but the newest draft lets states decide what to do if schools don’t meet that testing requirement. The original draft released in May had mapped out a strict course of action if schools were “consistently underperforming.”

“As a teacher you don’t really have control over whether a parent brings their student to class during testing week,” Arthur said. “And there’s only so much you can do to make an eighth-grader care about a test if they decide it isn’t going to matter once they get to high school.”

Arizona educators welcomed all the timeline extensions afforded by the new regulations, especially the deadline for identifying underperforming schools.

The new regulations push that deadline back by a full 12 months, “which just makes more sense,” Joraanstad said.

While the state Education Department weighs its options, state educators say they will be watching closely when the department releases the full state plan early next year.

“There is tremendous diversity of schools in Arizona and I would encourage caution,” Joraanstad said. “Take your time, gather facts and do it right.”