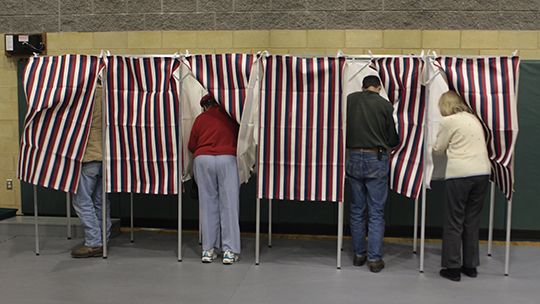 As votes are counted and despite receiving more electoral votes than Hillary Clinton, President-elect Donald Trump might not win the popular vote. (Photo by Redjar via Creative Commons)

But in an already historic presidential election, it may happen again. The 2016 election could mark an electoral-popular vote split for the fifth time in the nation’s history.

President-elect Donald Trump handily won the electoral vote, 290 to Hillary Clinton’s 232 votes so far. It’s likely Clinton will capture the popular vote, with a nearly 800,000 vote lead as of Nov. 15.

Trump’s victories in every battleground state gave him a clear path to winning the election, according to Robert J. McWhirter, an Arizona lawyer and constitutional expert.

McWhirter said when voters went to the polls to vote last week, they didn’t really vote for a presidential candidate as much as vote for a candidate’s electors in the Electoral College.

“In reality, you’re not casting a vote for Donald Trump, you’re casting your vote for five or six, or in Arizona, 11 electors, or Hillary’s 11 electors,” McWhirter said. Trump carried Arizona’s 11 electoral votes.

Once early ballots and provisional votes are counted, the electors will cast their votes on Dec. 19 according to the candidate they pledged to, Trump or Clinton.

Trump passed the magic number of 270 electoral votes on election night, which couldn’t have been done without winning key battleground states like Ohio, Pennsylvania and Florida. If Clinton had won Florida instead, McWhirter said simple math shows she would have probably won the election.

McWhirter said that most states that have a disproportionate number of electoral votes are red states, giving a Republican candidate a slight advantage. States with small populations like North Dakota, South Dakota and Montana are each allotted three votes, the same number given to the District of Columbia. 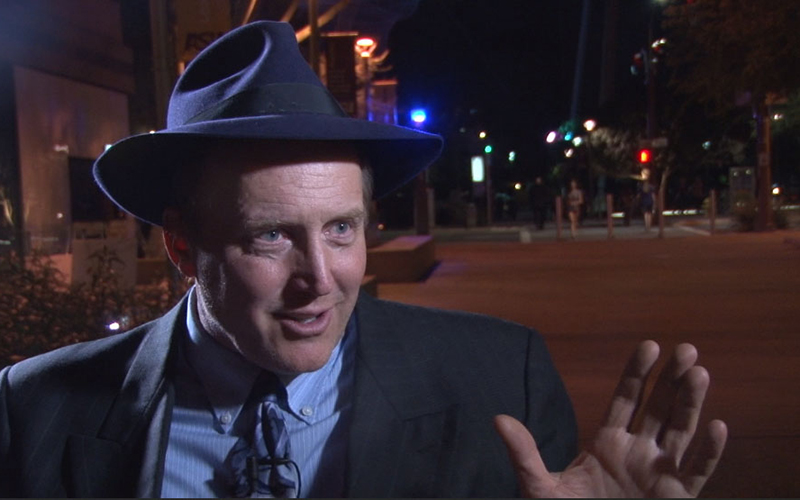 Robert J. McWhirter, an Arizona lawyer and constitutional expert, said if Hillary Clinton ends up winning the popular vote, it would only be the fifth time in history that a president-elect won the Electoral College but lost the popular vote. President-elect Donald Trump is to be inaugurated on Jan. 20. (Photo by Natalie Tarangioli/Cronkite News).

But the electoral math still favors the Democratic candidate because there are more blue states that have a higher number of Electoral College votes than red states, McWhirter said.

California and New York, which lean liberal, each have 55 and 29 electoral votes, respectively.

The last time the president-elect lost the popular vote was the 2000 election between Al Gore and George W. Bush, who became the country’s 43rd president. Voters have to go back more than a century for three other examples of the electoral/popular-vote split: 1824, 1876, 1888, McWhirter said.

Altogether, the 2016 election had lower voter turnout than expected.

Trump won the election while receiving fewer votes than Mitt Romney, who fell short to President Barack Obama in 2012. But even fewer people casted their votes for Clinton, McWhirter said.

“Despite all the pictures of people in line at the polls, turnout actually went down,” said Brooks D. Simpson, a history professor at Arizona State University. “And so just over one out of every two Americans voted, period.”

According to CNN data, voter turnout was at a 20-year low. The final number won’t be determined until next month, but preliminary information shows 55.4 percent of people voted this year compared to 60 percent in 2012 and 63.7 percent in 2008.

McWhirter and Simpson said changes to the Electoral College are unlikely, despite the debate that surfaced in the election.

“Whether there are problems with the Electoral College, the fact of the matter is, it’s like the weather: everyone talks about it, no one does anything about it and I think that’s going to be the case again,” Simpson said.