Voters at Sun Valley Community Church in Mesa say lines have been around a two hour wait all morning. (Photo by Lindsey Wisniewski/Cronkite News)

Arizona’s Election Day was a mix of computer problems, long lines, frustration and enthusiasm as state races and a divisive presidential campaign drew high numbers of voters to the polls.

As the polls closed in the Valley, voters reported a three-hour wait at the Maryvale Church of the Nazarene, and a 90-minute wait at Quentin Elementary School in Avondale. Near the border, wait times exceeded two hours at St. Andrews Catholic Church in Sierra Vista; the line lasted an hour at the Yuma Civic Center; and 300 people remained in line at the Douglas Visitor Center.

Anyone standing in line prior to 7 p.m. was allowed to vote. Earlier in the day, a Maricopa County judge rejected a request from the Arizona Democratic Party to extend voting until 9 p.m. to account for computer problems at polling places during the morning. County recorder Helen Purcell, who is up for re-election, also opposed the request.

“Every vote that should be counted will be counted,” Purcell said after the polls closed.

County spokeswoman Elizabeth Bartholomew said about 1 million early ballots were received and about 831,000 had been counted. She said they expected another 200,000 early ballots would be dropped off today, leaving more than 300,000 ballots in the county to be tabulated tomorrow.

Many Arizona voters faced long lines, computer crashes and other malfunctions as they attempted to cast their ballots. Some remained determined to vote in spite of the obstacles, but others abandoned their polling places in frustration. 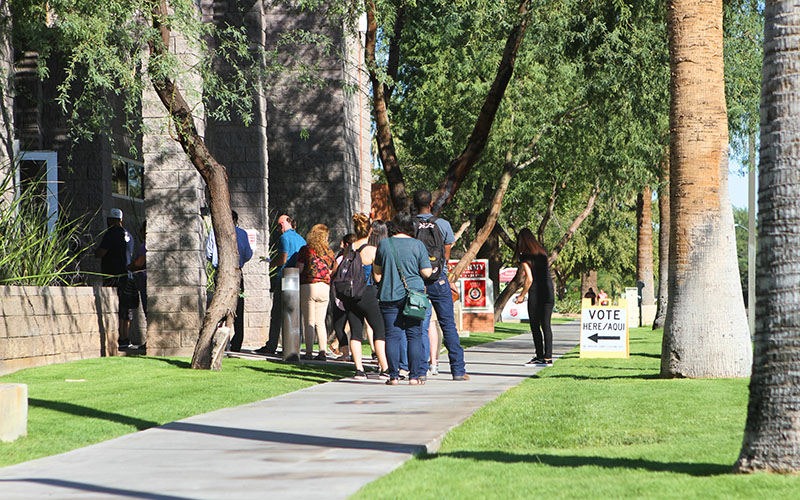 A long line forms outside of the Salvation Army polling location on 3rd Ave. (Photo by Ao Gao/Cronkite News)

Voter John Washington of Scottsdale arrived at the Pueblo precinct location 15 minutes early and said the check-in computers crashed as soon as the polling place opened. Poll workers were able to get one computer functioning, but by the time he cast his ballot, the line of voters wrapped around the block.

Rebecca Garcia, a Phoenix resident who voted at Maryvale Church of the Nazarene, said she waited an hour and 15 minutes to receive her ballot. At other locations, such as the Salvation Army in Downtown Phoenix and Sun Valley Community Church in Mesa, voters reported wait times up to two hours.

“I’ve been getting reports all across Maricopa County of long lines, e-poll book issues, people being told that they’re not on the ballot rolls, that they have to vote provisional,” said Steven Slugocki, Maricopa County chairman for the Democratic party.

Bartholomew confirmed the county had “a bit of a rocky morning” with the electronic equipment at polling places but said everything was working smoothly by midday. But problems cropped up throughout the day and lines began to build after work.

And the issues were not limited to Maricopa County.

In Prescott, voter Mary Beth Hrin said computers at the Yavapai Community Center went down for about 35 minutes. Hrin, 57, realized there was a problem when she saw people leaving the building in a group much larger than usual. Only those who had their early voting ballots were able to vote, while other had to wait or decided to leave.

At the Veterans of Foreign Wars Hall in Nogales, frustrated voters began leaving the polling place when the wait times increased to more than an hour and a half.

With public interest in voting increasing every presidential election cycle, perhaps long lines should be expected. The number of ballots cast in Arizona today will probably be the highest in state history, according to Matt Roberts, Director of Communications for the Arizona Secretary of State’s office. Roberts said this election may have drawn as many as 80 percent of registered voters. Turnout for the last three presidential elections averaged 76 percent.

Arizona voters who stuck it out at the polls expressed their belief in the value of participating in the election process.

Nogales resident and first-generation American Ana Ruiz said she’s been voting ever since she turned 18.

“I grew up with parents that really believed in (voting), and they instilled that in us,” Ruiz said. “I think it’s such a waste when somebody doesn’t go out and vote.”

Brandon Rosas, 18, cast his first-ever ballot at First Baptist Church in Litchfield Park. Rosas said he registered to vote as soon as he was able, because he realized how important it is. 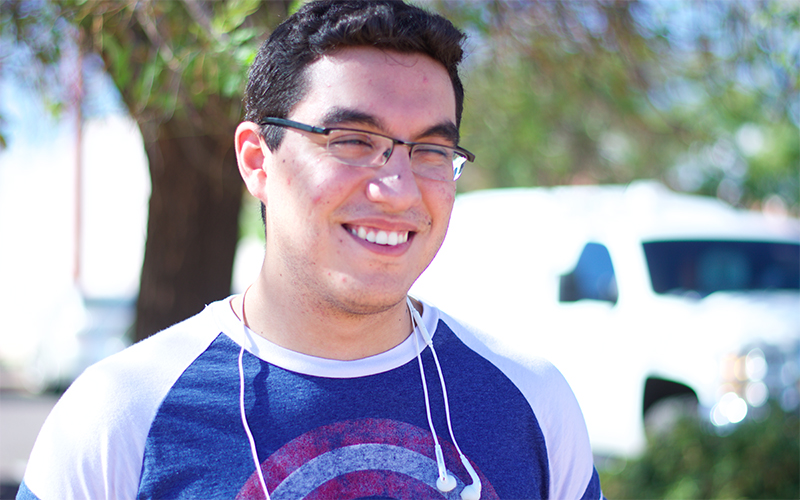 Even those too young to cast a ballot echoed the sentiment. Hundreds of students from North High School and Maryvale High staged a walkout to rally voters.

Maximiliano Gutierrez, a sophomore at North High, helped organize the student walkout at his school in partnership with Bazta Arpaio. Gutierrez said he and his fellow classmates want their actions to inspire others to vote.

“We’re hoping that people at home, they see us and they get a passion in them,” he said. “They get pumped to go vote and actually go to the polls and vote against Arpaio and he actually gets kicked out of office after 24 years.”

But others remain unconvinced that participating in the election would make a difference.

Matthew Vega, 25, came to the polls at First Baptist with a friend, though he had never voted in the past and did not vote today. He does not think voting is pointless, but as a member of the Latino community, he feels nothing will change regardless of which candidate becomes President. 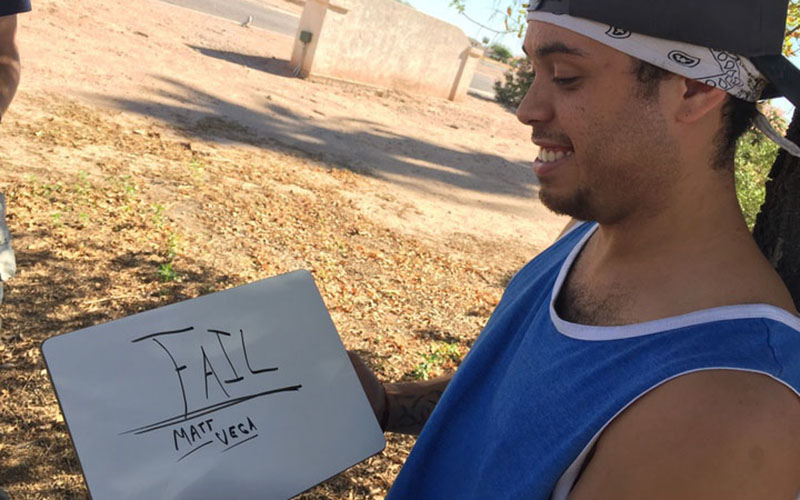 Matthew Vega, 25, went to the polls at First Baptist Church in Litchfield Park but did not vote. As a member of Latino community he said he believes nothing will change no matter who is elected for president. (Photo by Jade Frazier/Pin Bureau)

“In all honesty, I can see why people just sit back, and they’re in their living rooms with their families watching it happen because they serve no purpose in voting, even me,” Vega said. “I would hope that people understand why I’m not voting.”

In the face of challenges and discouragement, some voters turned their trip to the polls into a family affair.

“It’s been a very, very long election process, but people seem to be happy and in good spirits,” Horstman said. She noticed many voters were bringing kids and dogs with them to the polls.

At Desert Ridge High School in Mesa, Sasha Melchor, 33, brought her two young children with her to the polling station. Although her kids are too young to understand it now, Melchior believes in the importance of family involvement when it comes to the crucial act of voting together.

“They see you do it, and then when they get older, they’ll do it too,” she said.

The Secretary of State’s office said 1,724,279 early ballots were received prior to election day. Of those ballots, 39.7 percent were Republican, 33.7 percent were Democrats and 26.6 percent were “other,” according to the twitter account of Garrett Archer, assistant director of elections: information systems.

EDITOR’S NOTE: Sources in the Public Insight Network informed the reporting in this story through a partnership with the Cronkite PIN Bureau. To send us a story idea or more, click here.