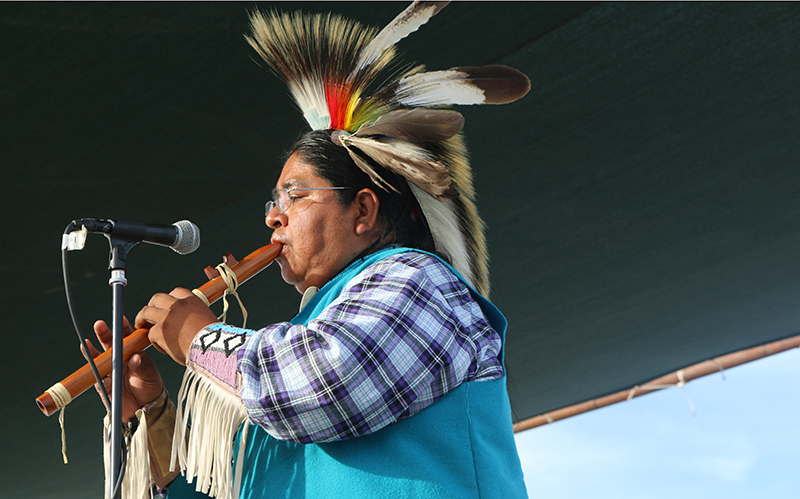 But one group is slipping in a glimpse of something more. Native Spirit members dance, chant and joke to debunk Native American stereotypes in several daily performances on a stage on the southwest corner of the fairgrounds. 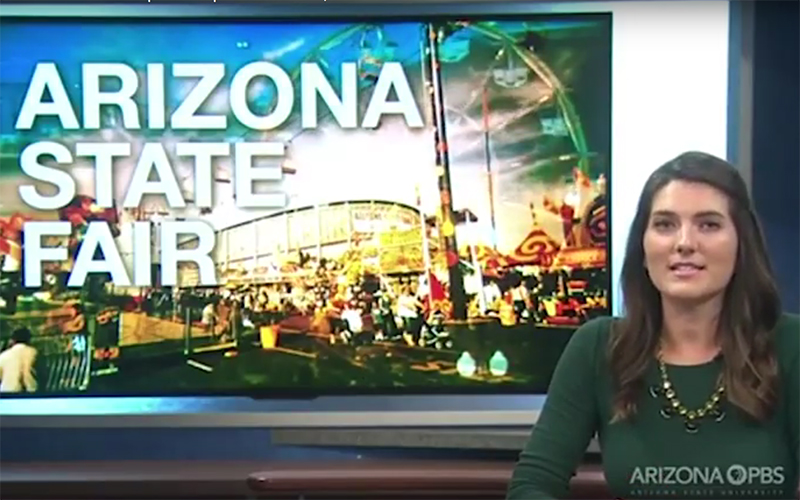 Native Spirit leverages comedy instead of lectures, defying caricatures and telling the audience the meanings behind each drum beat, dance step and musical note.

The words didn’t have literal meanings but evoke feelings, such as lightheartedness, according to a group member.

Palmer Lomakema, a be-feathered, longtime member of the group, joked on stage about movie and book stereotypes about Native Americans, such as scenes showing tribe members dancing around a fire all night before a battle.

If that were the case, he told the audience gathered around the Cultural Stage, warriors would collapse at the first step they took on the battlefield.

Giggles threaded through the crowd, which grew from a handful of people to about 80 as they wandered into a recent show.

Mesa resident Kenney Darville, who visited the fair with his family at another show, had never witnessed a Native American performance quite like Native Spirit.

Still, the setting can be awkward.

Phoenix resident Kyle Callon and his girlfriend, Briana Buchanan, who spent a Sunday evening at the fair jumping on the rides and sampling fair food, said they stopped for a minute but didn’t linger.

“Would I expect to learn anything new from the state fair? No, because it’s not advertised to learn something new. It’s advertised for junk food and rides,” Callon said.

“In the far off corners you see the Native Americans and the farms (presentation), it’s not really made for people to learn anything there,” he said.

But there were plenty of people who stay.

As his colleagues donned clothing for a performance, Lomakema said the fair provides a unique education platform.

“This is a great place because of the amount of people coming in,” Lomakema said.

“We give history about the dances, what they mean, where they actually come from and why we do these dances,” Lomakema said.

The performers often share the background on their tribes, dismissing any presumptions Native Spirit members fall under one tribal community.

“Native spirit is comprised of different nations,” Lomakema said. “We tell the people what tribes we come from, because everybody looks at us and thinks we are all the same.”

“I had two ladies come up and say, ‘You know, I’ve learned something new.’ ”

Check the daily Cultural Stage schedule at the fairgrounds for times of Native Spirit performances through the last day of the fair on Sunday.