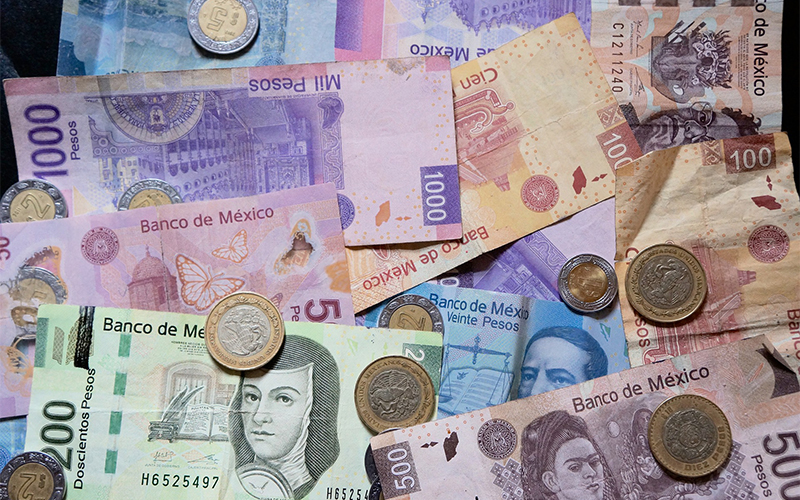 Passengers with pesos arriving in Phoenix from Mexico struggle as exchange rates tilt. (Photo courtesy of Amar A Destiempo via Creative Commons)

“We earn dollars and the peso has lost value so we bring a little bit of money and exchange it for lots of pesos,” said Pedro Padilla. He recently returned from a trip to Sinaloa where he attended a funeral and helped relatives pay for some of the expenses. Padilla also sends money regularly to his aging mother who lives in Mexico.

The exchange rate favors those who earn dollars. “We do benefit. We send little money and they receive more money than they usually get.” said Mardia Beas, an Arizona resident. She helps her daughter who lives in Nayarit, Mexico.

But passengers arriving in Phoenix with pesos in their pockets are struggling. The weak Mexican currency nearly topped 20 pesos to one dollar this fall. That translates lost sales on the Arizona side of the border because Mexican visitors have less money to spend.

Bernabe Avila Lopez travels from Los Mochis, Sinaloa to Phoenix every three months to buy orthodontic supplies for customers in Mexico. This trip he bought less because it takes more pesos to buy items priced in dollars.

The battered Mexican peso has also been impacted by the U.S. presidential election, dipping when Republican nominee Donald Trump rises in the polls and rallying when Democratic nominee Hillary Clinton is ahead. During the last presidential debate the peso’s value began to wane as Donald Trump talked of deporting “bad, bad hombres.” But by the end of the debate the peso regained strength when Clinton made a strong showing. Polls after the showed a majority of voters thought she won the debate.

The peso fluctuations are one reason families on both sides of the border are eager for the election to be over. “It’s hard for us to come and visit my sister and other relatives,” said Dagoberto Duarte, a passenger on a bus from Sonora.