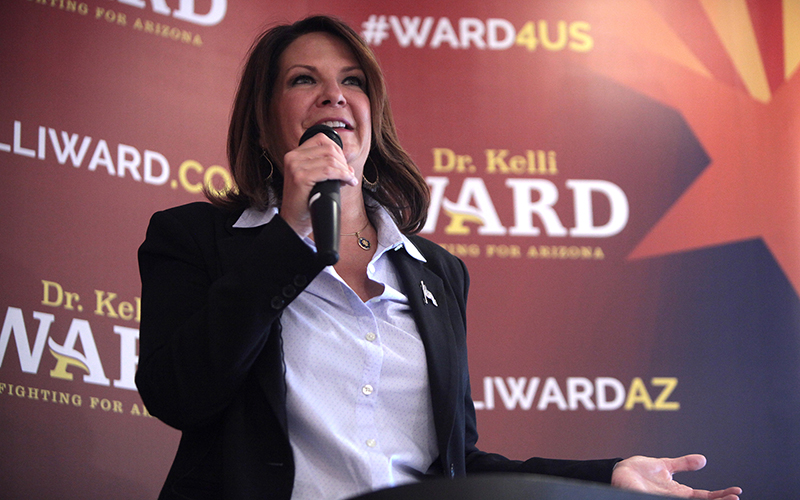 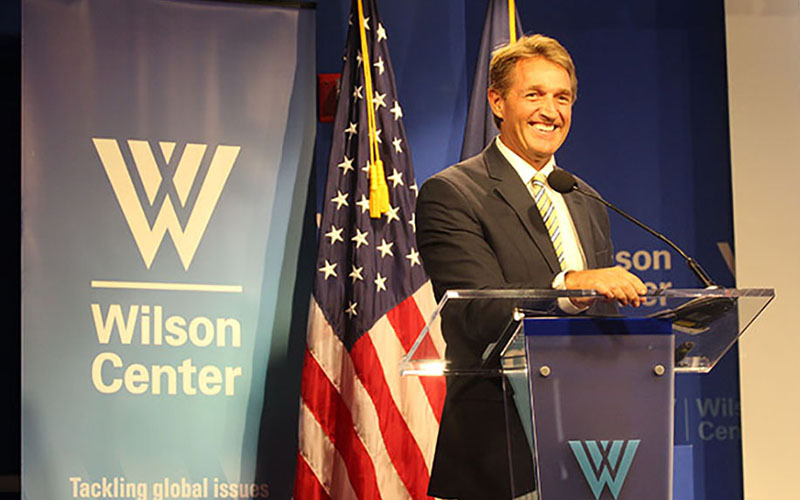 Sen. Jeff Flake, R-Arizona, said he will be prepared to face “credible challengers” in both the primary and general elections when he runs for re-election in 2018. (Photo by Sophia Kunthara/Cronkite News)

WASHINGTON – The 2016 election is still 11 days away, but former state Sen. Kelli Ward already has her sights set on 2018 and a challenge to U.S. Sen. Jeff Flake, R-Arizona.

Ward – a Republican who lost a primary bid to unseat Sen. John McCain just two months ago – announced on her radio show Wednesday that she will target the first-term Flake as part of an ongoing campaign to elect representatives “who are willing to fight the establishment, who are willing to stand up for the people that they represent.”

In a statement released by his office Thursday, Flake said he expects to be ready for any challengers when he is up for re-election in 2018.

“Shots at a seat in the Senate don’t come along very often, so we fully expect capable challengers next cycle, both in the primary and the general,” the emailed statement read. “We’ll be prepared.”

This will not be Ward’s first time at the rodeo – the former state senator lost her primary challenge to McCain by more than 66,000 votes. Recent polls have shown him with a double-digit lead over his Democratic challenger, Rep. Ann Kirkpatrick, D-Flagstaff.

One analyst said Ward may be able to scare off other Republican challengers by announcing her bid this early, but that she still faces long odds to unseat Flake.

“She’s taking on someone outside of her weight class,” O’Neil said, referring to Flake. “She’d have to demonstrate that she’s in the same league.”

But Ward said during “The Kelli Ward Connection” Wednesday that going up against a first-term senator like Flake would present an easier challenge than running against McCain, a five-term senator who is well known in the state.

Ward ran against McCain from the right and is likely to do the same against Flake, who has upset some conservatives with his outspoken and ongoing opposition to Republican presidential nominee Donald Trump. Ward is a Trump supporter.

Despite the controversy over Flake’s comments on Trump, O’Neil said that he does not believe that there will be a major backlash against Flake from the party.

“She’s got to hope that he infuriates the base,” O’Neil said. “You don’t take out a senator often in the primary unless there’s a big problem. Assuming Trump goes down in flames, I’m not sure that his (Flake’s) opposition will be a problem.”

Ward said while it will “take every effort to be able to defeat the establishment and the insiders,” she is more than confident that she will be back in the running in 2018.

“As Republicans, I’m sure there’s going to be a strong Democratic competitor who is running for that Senate seat, so we have to have the strongest person possible to defeat that Democrat,” she said during her Wednesday show. “And, of course, I think that person is Dr. Kelli Ward.”