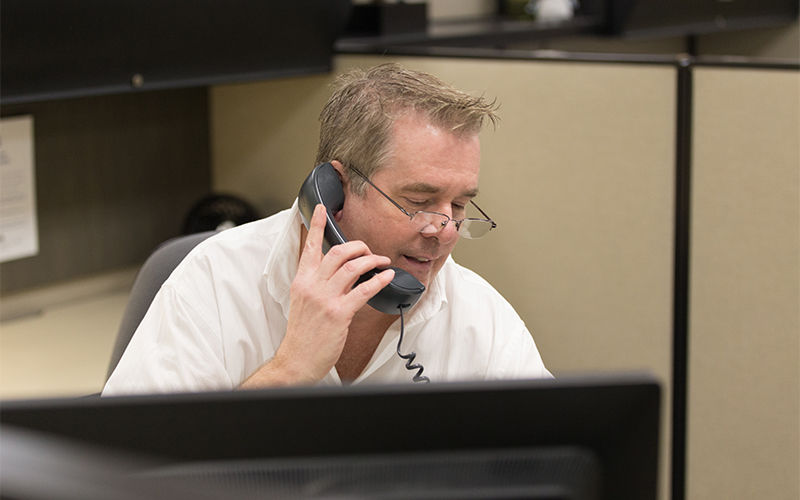 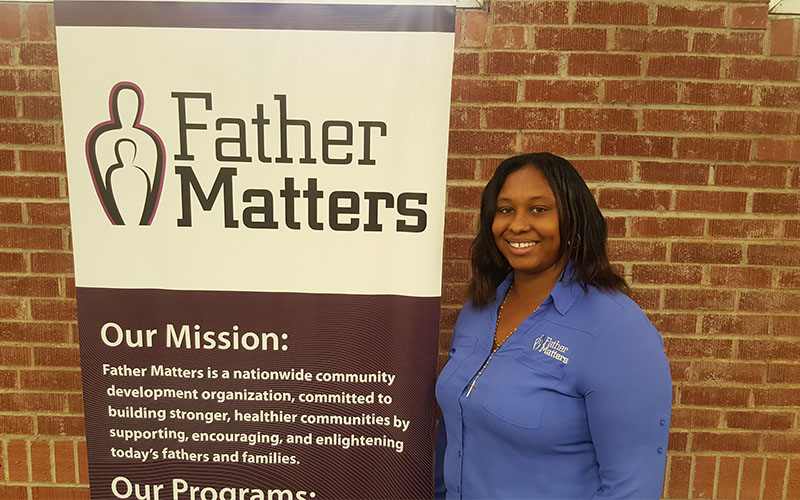 Jessica Beresford, director of operations at Father Matters, said she has seen a positive change within the division of child support services through the organization’s partnership with the department. (Photo by Michelle Chance/Cronkite News)

PHOENIX – For the last two years, Valley resident Robert Faas has lived without custody of his four children.

A decade of meth and alcohol addictions took over his life, he said. As a result, the state took the 32-year-old’s kids and placed them with family.

Six months ago, a child support representative contacted him and informed him he must pay the state back for the assistance it provides his children.

However, getting current on back child support payments can be difficult for any parent, let alone a recovering addict.

Faas said he wanted to regain custody of his children. With the help of state officials and a local nonprofit, he’s made progress, beginning with rehab.

“I’m trying to get my life back together, and this is the start,” he said.

An advocate for noncustodial parents said navigating the child support system in Arizona used to be intimidating, unfriendly and inefficient. But officials with state and county agencies said they have worked hard to make changes in the last few years that give parents like Faas a friendlier system to pilot.

The Department of Economic Security, which oversees the Division of Child Support Services, has about 174,000 child support cases. Officials said they have tried to take a more “holistic” approach with parents.

“We want to encourage obligors to make their child support payments. The goal is to get money to the children that need it,” Family Court Presiding Judge Paul McMurdie said.

In Faas’ case, he decided to work with Father Matters, a nonprofit organization that partners with DES. The group helps Valley parents interested in paying back child support arrears through one-on-one meetings with state agents.

During the meetings, caseworkers discuss the details and explain the complexities that can accompany the process.

“We really try to help them gather their thoughts, gather their paperwork and help them get organized,” said Jessica Beresford, director of operations at Father Matters.

Faas said his experience with the caseworker gave him hope.

“I told her I wanted to get my kids back, and she said if I keep doing what I’m doing, then I’ll get them back,” he said.

Sherri Hurst, a DES administrator, said parents used to hesitate when contacting the department to take care of their child support issues because they were afraid of the agency.

“We were seen as just an enforcement agency that was going to throw them in jail,” Hurst said. “We’re not that. We are a service agency now.”

State officials point to a $16 million decrease in unpaid child support in Arizona since fiscal 2013, which they attribute to a combination of reasons, including a reduced caseload, partnerships with courts and work with community partners like Father Matters. Arizona parents also owe less than in previous years.

Although state officials have tried to soften Arizona’s image when it comes to the child support system, that doesn’t necessarily mean the state hasn’t remained tough on the issue.

“We still have aggressive enforcement remedies in place for those that are able to pay but are unwilling to pay,” Hurst said.

Earlier this year, the state made national headlines when it began a “shaming” campaign that featured so-called deadbeat moms and dads on Facebook and Twitter. The department has posted 94 parents, and it has collected $151,000 through its Most Wanted Evaders initiative.

The Arizona Attorney General’s Office also reported filing 3,091 enforcement actions in fiscal 2015 to improve collections, a 12 percent increase compared to the previous year, according to a 2015 annual report.

Hurst said the department implemented a “culture change” in 2012 to promote a positive perception of the agency and further encourage timely child support payments.

Representatives said other new programs within the agency also have contributed to the decrease.

“I believe that our outreach efforts, the phone-a-thons, the come to court events (and) our incentive programs … have all contributed to the decrease in the amount of unpaid current child support,” Hurst said.

Beresford said she has noticed positive changes within the department over the last few years through her work at Father Matters.

“I really believe there has been a shift in how they see the connections between the community and their services,” she said.

Hurst said the division’s philosophy behind its drive to work with parents who owe child support is motivated by the improved livelihood of Arizona families and children.

Equipped with the knowledge about his child support case, Faas said he is awaiting an upcoming court date to learn more about the steps he needs to take to get current on payments as well as regain custody of his children.