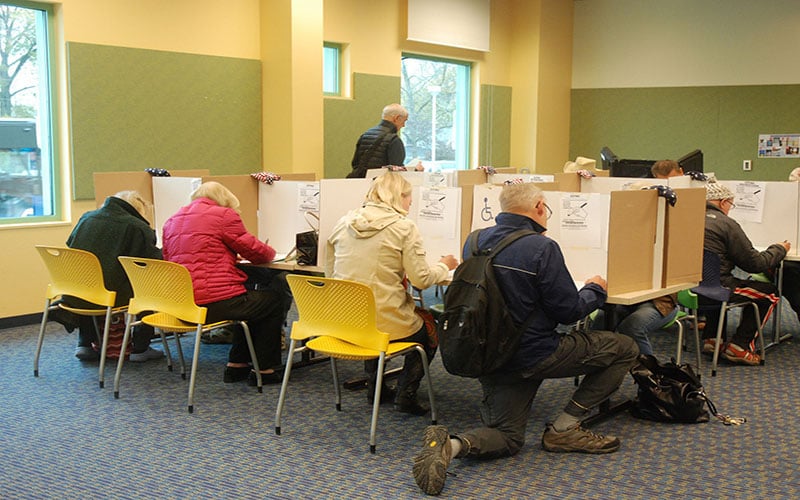 PHOENIX – When Sen. John McCain was asked during Monday’s Senate debate for whom he would vote in the presidential election, he responded: “I think I might write in Lindsey Graham. He’s an old, good friend of mine and a lot of people like him.”

McCain and a long list of other Republican officials pulled support from nominee Donald J. Trump over the weekend after Trump was heard making vulgar comments about women on an Access Hollywood tape. Faced with supporting Trump or Democrat Hillary Clinton or a third-party candidate, many are saying they might write in another choice.

Though you can write in any name on your ballot, it won’t count as a vote in Arizona if that candidate hasn’t filed the paperwork to register as a write-in.

“We have to put aside all of the ones that we know are not official – the Mickey Mouses, Donald Ducks – we get a lot of those,” said Maricopa County Recorder spokeswoman Elizabeth Bartholomew.

In 2012, the Federal Election Commission reported that .11 percent of voters nationally wrote in a candidate during the general election.

Bartholomew said 16 presidential candidates are eligible as a write-in in Arizona.

“It definitely is making a point, I guess,” she said. “It’s your vote, it’s your ballot, and if you want to do that we’ll certainly look at it, but obviously were not counting votes for Mickey Mouse.”