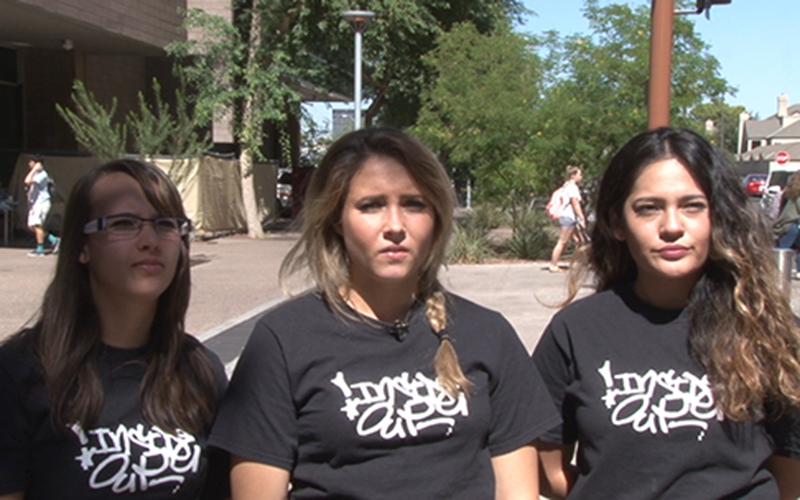 ASU School of Criminology and Criminal Justice students are earning credits alongside prison inmates as a part of the Inside-Out Program.

Arizona State University students traveled nearly 60 miles to spend three hours locked inside a prison as a part of a new course. Spring 2016 was the first semester ASU’s School of Criminology and Criminal Justice offered the class, as a part of the Inside-Out Program. More than 80 applications were received, but only 20 students were chosen to learn in the Florence Prison Complex.

Students in and out of the slammer were given a list of regulations to abide by, one of which was using only first names. No matter how many precautionary steps were taken, many students had no idea what to expect from this new learning opportunity.

“You have all these judgments about a prison, so you expect to walk in and see someone that’s all tatted up, someone that just looks angry at you,” said Lilian, one of the first ASU students enrolled in the program.

The Inside-Out Program was developed by Temple University Professor Lori Pompa in 1997. Since then the program has taken off throughout the United States and the world. Now it’s gearing up for a second semester in spring 2017.

School of Criminology and Criminal Justice Associate Professor Kevin Wright said it offers students a learning environment second to none.

“They have the opportunity to go inside a prison setting to learn with people who are incarcerated, who have gone through the system,” said Wright. “And then at the same time these people that are in the system get to learn what it’s like to be a college student.”

Despite the sacrifice of time, students on both sides of the bars formed strong bonds. Each week they discussed criminal justice related topics, which forced them to open up and share different aspects of their lives.

Rose, who was in the spring 2016 class, said things in her personal life were rough while she was taking the course. She said an inmate noticed before any of her friends, and helped her talk things out.

“It’s kind of crazy a prisoner, who has supposedly done some heinous crime, could be a support system for someone going through a really tough time,” said Rose.

The former class participants said they all faced speculation from concerned friends and family over the close connections they had with their incarcerated classmates.

But just as students had to apply, the Arizona Department of Corrections provided a list of 20 inmates with varied criminal pasts, who had to go through a similar selection process.

“This is medium security prison,” said Wright. “We have safeguards in place that they have no engaged in any sort of misconduct within the last year or so. They can’t have a crime of a sexual nature.”

The class is not all discussion based. Students have to submit papers and several assignments. The final project requires they develop and design improvements for the incarceration system. Spring 2016 Inside-out classmates Lilian, Rose and Kayleigh said that their projects will be implemented to help prisoners’ lives.

In light of the many positive aspects this course brings, students said Inside-Out can take an emotional toll. They said, that with the strict no-contact rules, the hardest part was saying goodbye to “inside” students, whom they won’t be able to contact again.

Memories, photos and the impact they had on one another’s lives is what is left.

“It’s a once in a life time opportunity, and it will be with me for the rest of my life,” said Kayleigh.