Mexican sushi “rolls” into the Valley

PHOENIX – A new report by the Arizona Hispanic Chamber of Commerce shows Latinos spend more per capita than other groups eating out, and that has restaurants catering to these “super consumers.”

The annual Datos study shows Hispanics in Phoenix spend 10% more than non-hispanics eating out. Hispanics spending on “quick service restaurants” in 2014 totaled $1.05 billion in Phoenix which amounted to 25% of all spending on fast food in Phoenix during that period.

Sushi Sonora is among a growing number of restaurants that appeal to Latino customers. Their sushi rolls are a fusion of Mexican and Japanese ingredients. “You need a rice maker. You need seaweed, fish and you need the shrimp, cheese,” said Hernan Rivera Jr., manager of Sushi Sonora. 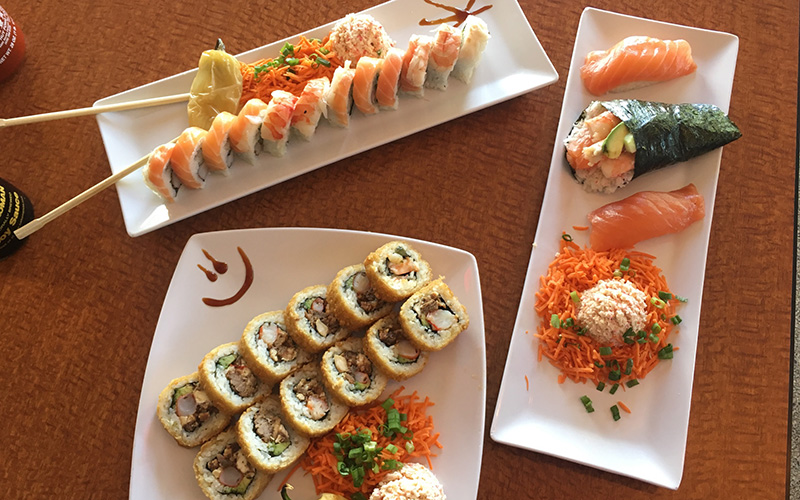 The Rivera family created the menu together with the help of their sushi chef. Many of the dishes are cooked but traditional raw sushi is also available. “Traditional sushi is ‘more plain.’ You don’t have many sauces. You only have soy sauce,” said Rivera Jr.

“We do like the traditional but fried is our favorite,” said Mariy Moreno, a frequent customer.

Mexican sushi is so popular customers wait up to an hour to get a table on the weekends.

The best-selling dish is “Cielo, Mar, y Tierra” or sky, surf, and turf, a combination of shrimp, chicken, steak with avocado and cream cheese.

Sushi Sonora is doing so well the family opened a second location in March. In their first restaurant, about 75 percent of their customers are Latinos who would much rather have cooked sushi, according to Rivera. The new restaurant serves a clientele of about 50 percent Hispanic.

Mexican sushi is distinguished by special sauces including a chipotle sauce which is the “spicy mayo,” said Rivera. The appetite for Mexican sushi is growing, and the Riveras now face competition from at least nine other restaurants in the Phoenix area.