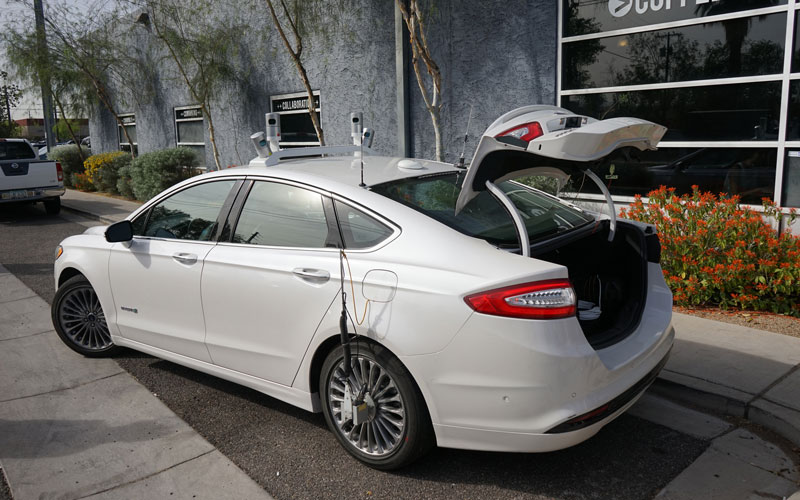 Ford Motor Co. showcased a prototype of an autonomous Fusion sedan at a March event in Phoenix. Ford is one of two companies, along with Google, testing self-driving car technology in Arizona. (Photos by Travis Arbon/Cronkite News) 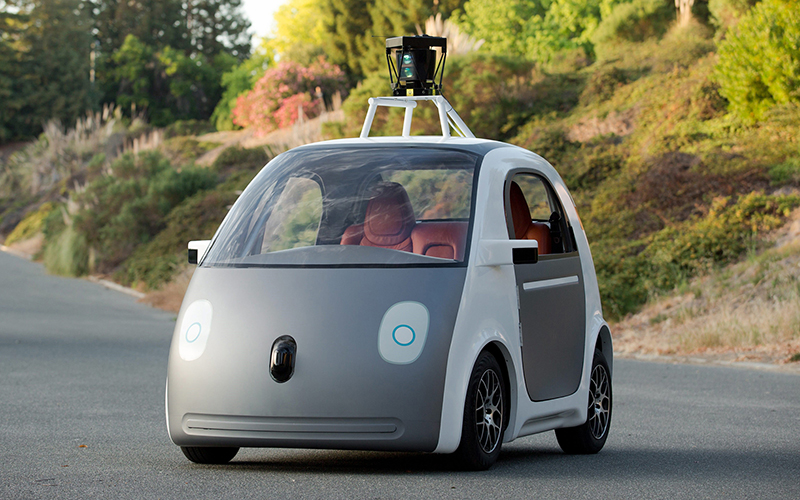 An early version of the self-driving car being developed by Google, which has been developing and testing the technology for several years. Arizona is one of the states where driverless car are being road-tested. (Photo courtesy Google) 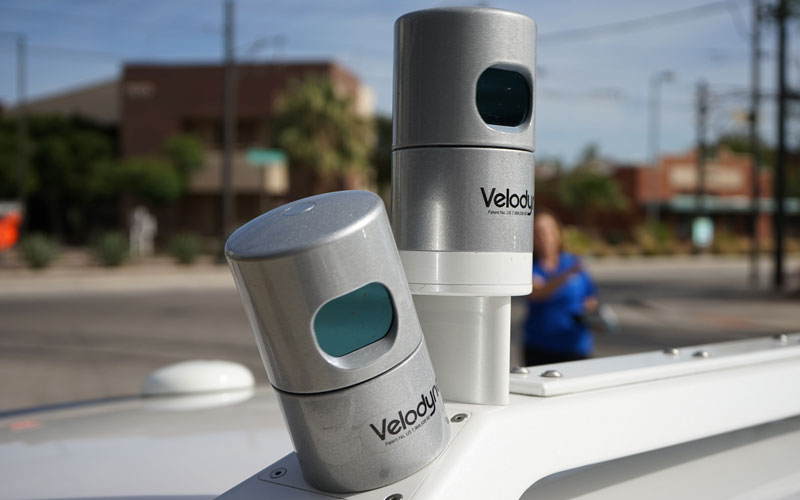 The lidar sensors on the roof of a prototype self-driving Ford Fusion. The sensors, along with cameras and special software, help the car “see” its surroundings and drive itself safely. (Photos by Travis Arbon/Cronkite News) 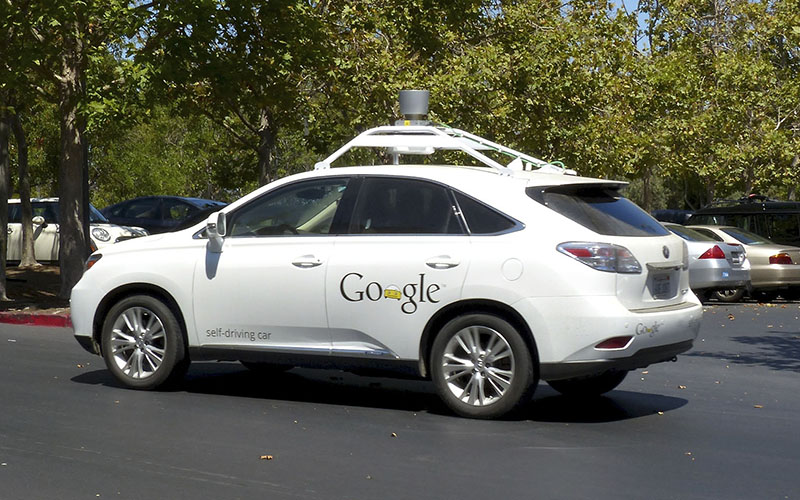 Google has been test-driving driverless cars – with humans sitting in the front seat for now – in four states, including Arizona where outfitted Lexuses are tested in Chandler. (Photo by Roman Boed/Creative Commons)

WASHINGTON – The federal government got into the debate over driverless vehicles Tuesday, proposing new regulations and model legislation aimed at smoothing the development of the high-tech cars and heading off a state-by-state patchwork of laws for them.

Arizona transportation officials said Tuesday they could not comment on the new rules until they have had a chance to review them. The U.S. Department of Transportation policy would not affect test projects by Ford and Google, which are testing their self-driving cars in the state.

But reaction from advocates in the state ranged from welcoming to cautiously optimistic, with most noting the human error is behind more than 90 percent of crashes today and the advent of automated vehicles cut reduce accidents in the future.

Transportation Secretary Anthony Foxx said the Federal Automated Vehicles Policy was released now, even though the technology is rapidly evolving, so that regulators “can keep pace with these developments, working to protect public safety while allowing innovation to flourish.”

The 116-page document includes everything from guidance for safe design of self-driving cars to current rules that might apply on things like defects and recalls to possible future rules that would be used to regulate the vehicles.

The department said states would still be responsible for laws on licensing, insurance, speed limits and other driving rules, but the document included model legislation so the motorist of the future could cross state lines without fear of violating local laws.

“Part of what we’re doing with this policy is saying when the software is operating the vehicle, that is an area where we intend to regulate,” Foxx said of the federal government’s role. “When a human being is operating that vehicle, the conventional rules of state law would apply.”

For Colleen Sheehey-Church, national president of Mothers Against Drunk Driving, anything that speeds deployment of automated vehicles is welcome and she said the new regulations are needed. She pointed to statistics, also cited in the Transportation Department policy, that 35,092 people died on U.S. roads last year and that 94 percent of those crashes were tied to human error.

“From MADD’s perspective, we really do share the same goal,” Sheehey-Church said. “It’s an incredibly important step in dramatic improvement of highway safety. Our goal is to save lives.”

While AAA Arizona is optimistic about the potential that self-driving cars present, motorists and regulators both have to be careful on the road to that day. Until then “there’s a giant mix of autonomous and non-autonomous vehicles that could lead to crashes,” said Valerie Vinyard, a spokeswoman for the state AAA chapter.

“Traffic safety laws are implemented state by state,” Vinyard said. “Arizona is going to have to decide what kind of laws it wants to implement.”

AAA in May adopted an Automated and Autonomous Vehicle Systems policy that called on state, federal, local and international agencies to collaborate on laws and rules governing the high-tech vehicles.

A spokeswoman for Gov. Doug Ducey said the office is currently reviewing the federal policy, but plans to continue its commitment to growing the tech industry in Arizona.

“We will continue working with these companies on the road to expanding Arizona’s 21st century economy,” Torunn Sinclair said in an emailed statement.

State Sen. Bob Worsley, R-Mesa, who sponsored a bill in 2013 that would have allowed for testing and operation of autonomous vehicles in the state, said there needs to be some regulation but he thinks the federal government may have gone too far with its initial proposal. He expects companies developing driverless cars to resist.

“Many of the regulations actually release data the cars are gathering which may be seen as invasive,” Worsley said. “The companies don’t want the government to have that information.

“I think it’ll start out asking for too much and it’ll be pushed back to a level of regulation that will make more sense,” he said. “I don’t want to see the technology slow down, so I’m hoping the federal government won’t slow it down.”

A statement from the Self-Driving Coalition for Safer Streets, an industry group whose members include Ford, Google and other companies testing driverless technologies, welcomed Tuesday’s announcement as an “important step forward in establishing a national framework for the deployment of self-driving vehicles.”