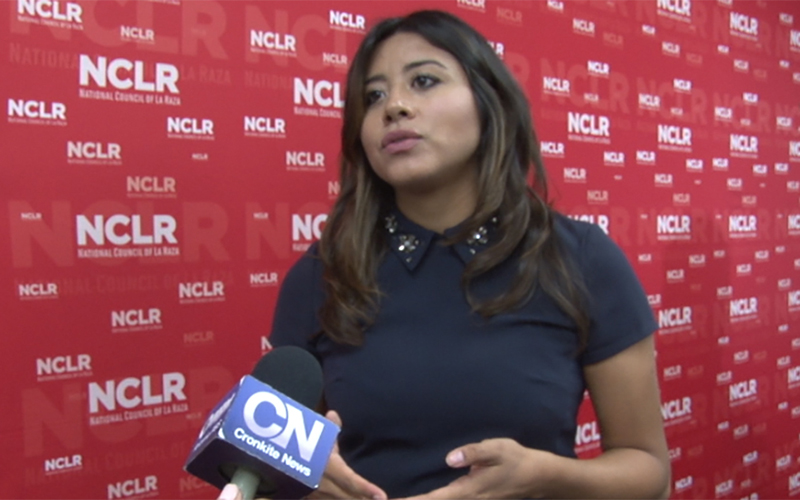 Maria Urbina of Voto Latino said advocates will reach out to potential Hispanic voters but will also challenge them to vote and make their voices heard. (Photo by Sabella Scalise/Cronkite News)

Voting advocates said the timing of Hispanic Heritage Month – Sept. 15 to Oct. 15 – is ideal, near the election but early enough to meet voter registration deadlines. (Photo by Becky McCray/Creative Commons) 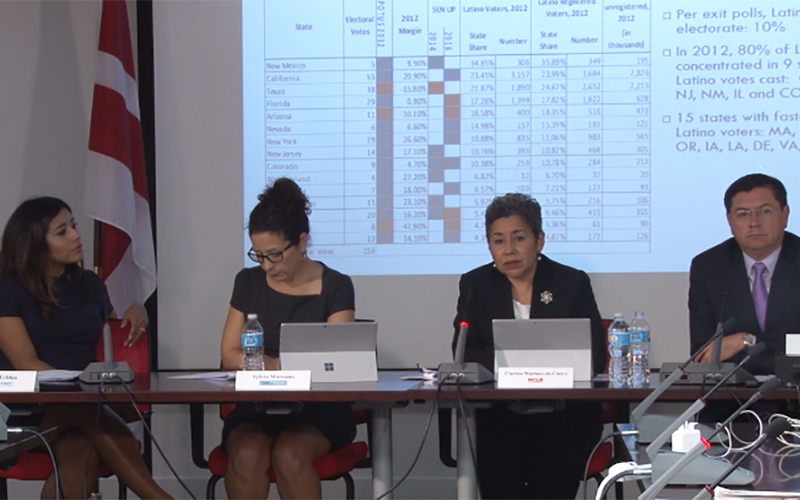 WASHINGTON – When Hispanic Heritage Month begins next week, Latino voting advocates say they will be looking to the future as well as the past.

Several groups that met Thursday in Washington said they plan to use the heritage month, which runs from Sept. 15 to Oct. 15, as a call to action to urge the rapidly growing bloc of Latino voters to flex its muscle.

“We are going to try on Sept. 15 to really try to maximize Latino communities’ celebrations and fiestas,” said Maria Urbina, vice president of politics and national campaigns at Voto Latino.

Urbina said her group will challenge Hispanics, telling them it’s “great that we are Latino, great that we are proud of our community, but what are we going to do about it to really be integrated to American culture and society and civic life?”

Voto Latino joined Latino Decisions and the National Council of La Raza at Thursday’s event, where the groups said they plan an increase in ads, outreach and local voter registration campaigns in the coming weeks.

Experts have long said that the growing Latino population in the United States makes it a potentially powerful voting bloc, particularly in states like Arizona.

“The number of Latinos casting a ballot grew by 18 percent nationally, but that was 26 percent percent growth in Arizona between 2008 and 2012,” said Clarissa Martinez-de-Castro, a deputy vice president of La Raza.

The Pew Hispanic Center said the number of Latinos now eligible to cast a ballot has grown by more than 15 million since 1988. The number of eligible Latino voters is projected to reach 27.3 million nationwide this year, up from 19.5 million in 2008.

Hispanic Heritage Month starts next Thursday and continues through the middle of October – just about the time that voter registration comes to a close, Urbina said.

Martinez-de-Castro says this month could not have come at a better time to reach Latinos of all ages.

“We definitely have a lot of big activities between now and the end of the voter registration period to energize people … with activities across the country,” she said. That includes different strategies for different age groups of potential voters.

“A big back-to-school voter registration push in high schools to make sure that eligible high school seniors are registered,” Martinez-de-Castro said. “And door to door, we are going door to door in a number of states and engaging people to become voters.”