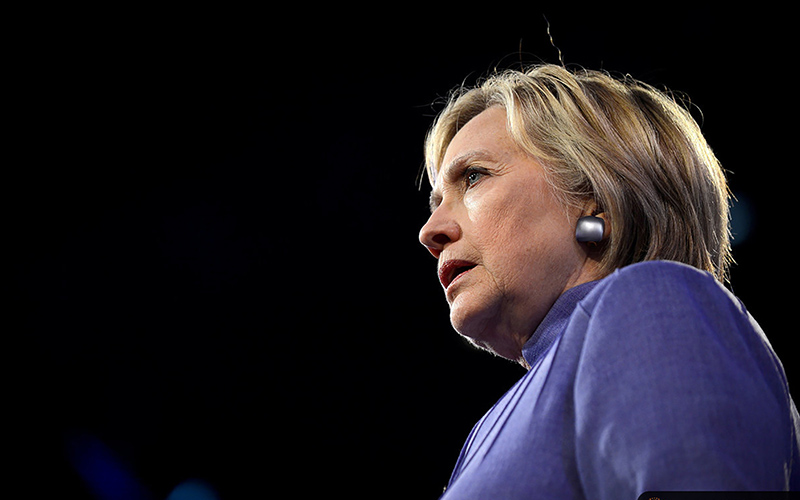 Democratic presidential nominee Hillary Clinton raised $2.2 million for her campaign from Arizona donors, more than any other candidate – but less than candidates in previous years. (Photo by Bryan Woolston/Reuters) 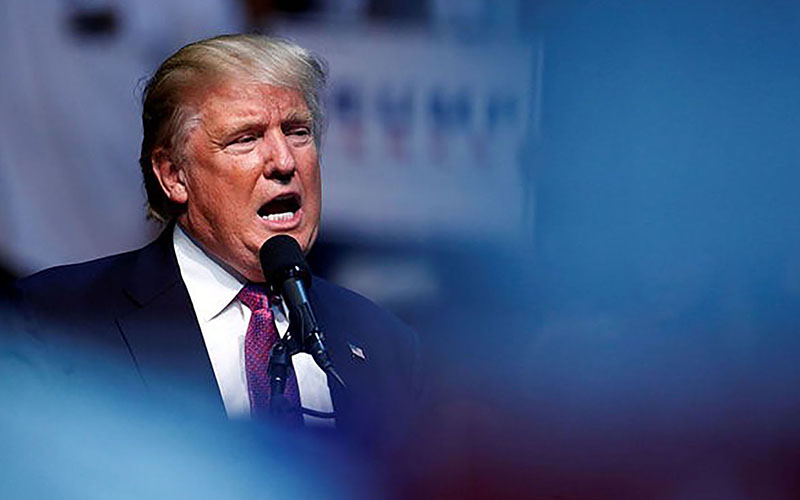 Republican presidential nominee Donald Trump has raised a relatively small $1.2 million from donors in red state Arizona, but his campaign only recently begun fundraising in earnest. (Photo by Carlo Allegri/Reuters)

WASHINGTON – Arizonans have been relatively stingy with their presidential donations this year, contributing $8.4 million as of August, well off the 2012 pace when residents forked over $21.9 million by the end of the presidential campaign.

Despite the gap, experts said there is still time for the numbers to rebound with just 10 weeks until Election Day. But they said the drop also reflects a national trend, with donors seemingly reluctant to fund presidential nominees with low appeal.

“Both major-party candidates have high negatives associated with them,” said Fred Solop, a political science professor at Northern Arizona University.

Democratic nominee Hillary Clinton reported receiving $2.2 million in contributions from Arizona in her July 31 filing with the Federal Election Commission. Republican nominee Donald Trump, who only recently started fundraising in earnest, reported getting $1.2 million from the state in the same period.

Most of the presidential donations from the state went to candidates in the primary, including Sen. Bernie Sanders, D-Vermont, who reported raising $1.6 million, and Sen. Ted Cruz, R-Texas, whose $959,616 topped the crowded field of 16 Republican hopefuls.

In contrast, 2012 Republican presidential nominee Mitt Romney had raised more than $13 million from Arizona by the end of his unsuccessful campaign.

But Rodolfo Espino, an Arizona State University political science professor, said Romney and Sen. John McCain, the 2008 GOP presidential nominee, enjoyed ties to Arizona the the current nominees don’t have. Those ties helped the earlier candidates with their fundraising in the state.

“To Arizona in particular, you would have the native son effect,” Espino said. McCain has decades of history as an elected official from Arizona while Romney had strong support from the state’s Mormon community.

Compared to that, Espino asked, “How can we connect with Donald Trump?”

Solop also said there has been a “significant difference between candidate fundraising styles” in this election and prior years.

“We are also engaged in a Senate campaign with McCain, and he has shown no support for Trump,” Solop said.

But the money does not seem to be flowing down to smaller races – at least not yet.

The National Institute on Money in State Politics reported on its website, FollowTheMoney.org, that Arizona had contributed $36.4 million to all political campaigns except the presidential race so far this year, compared to $42.5 million at this time in the 2012 election cycle. By the end of the 2012 elections, Arizonans had contributed $66.2 million to those down-ticket races, the site said.

But with 10 weeks left to Election Day, and months left in the reporting cycle, there’s still time for campaign donations to catch up to previous years, experts said.

“The money isn’t vanishing,” said Josh Stewart, a spokesman for the Sunlight Foundation. “You never know what is going to happen.”

Espino said that even though we are in new territory with this election, he wouldn’t be surprised to see a spike in spending in fourth-quarter FEC reports.

“I don’t have a crystal ball,” he said. “But I anticipate a lot of last-minute donors.”

Stewart said he expects more contributions, but not necessarily across all races.

“I certainly think at the congressional level, the Senate level and the Democratic level, but not as a total,” he said.

Besides donors turning to down-ticket campaigns, Stewart some donors may also decide to invest more in political action committees than individual candidate campaigns. But he echoed Espino’s statement that campaigns are in new territory.

“In a system where one donor can write a check in seven figures, that can happen overnight,” Stewart said.