Rep. Martha McSally, R-Tucson, who won election in 2012 by one of the narrowest margins in the nation, has more than $2 million on hand for her re-election in the closely divided district. (Photo by Madison Alder/Cronkite News) 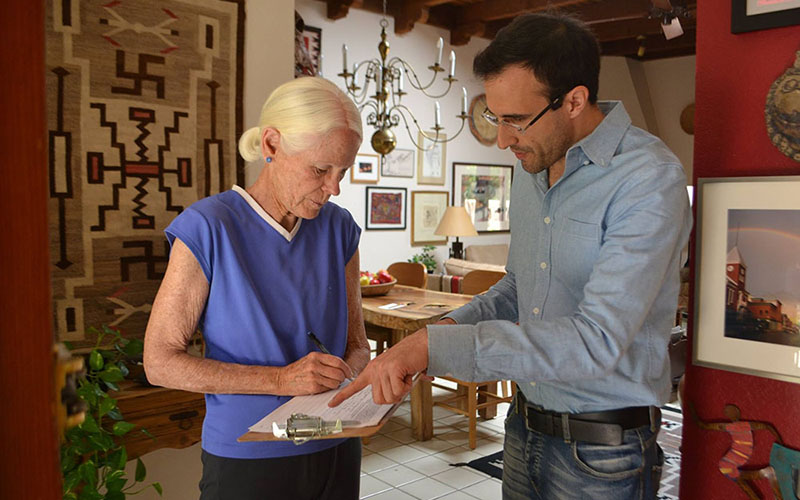 Matt Heinz, one of the Democrats running to unseat Rep. Martha McSally, R-Tucson, said he does not think he needs to match McSally dollar-for-dollar to win in November. (Photo courtesy Heinz for Arizona) 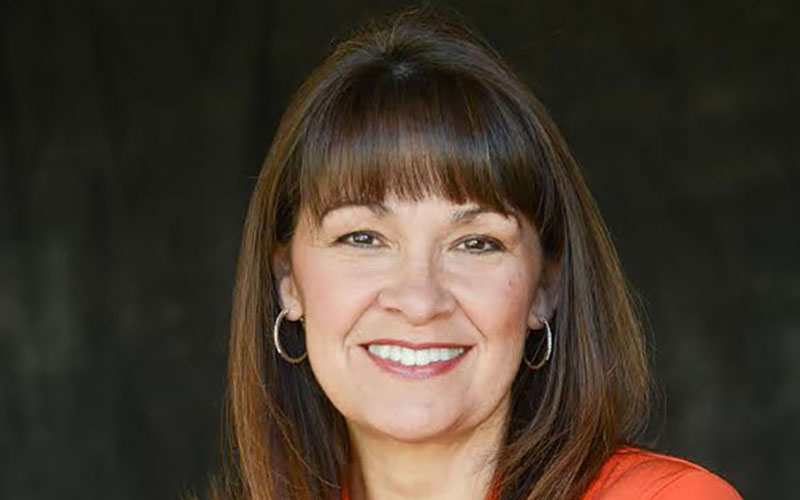 Democrat Victoria Steele said she thinks Rep. Martha McSally’s heavy fundraising – more than $5.5 million – could backfire on her among voters in the general election. (Photo by P.K. Weis/Courtesy Steele campaign)

WASHINGTON – Whatever the final tally in Tuesday’s 2nd Congressional District primary, there’s one other number that Democratic challengers Victoria Steele and Matt Heinz will need to worry about: $2,063,033.42

That’s how much campaign cash incumbent Rep. Martha McSally, R-Tucson, had in the bank, according to her most recent filing with the Federal Election Commission, almost six times the amount of cash on hand reported by Steele and Heinz combined.

But there’s one other number that could work in the Democrats’ favor: 13. That’s how many more Republicans there were than Democrats in a district with 390,784 registered voters, according to a report last week by the Arizona Secretary of State’s office.

“The nature of the district tells us this should be a very competitive race,” said Nathan Gonzales of the Rothenberg & Gonzales Political Report.

The district and McSally are no strangers to tight races. She lost to then-Rep. Ron Barber, D-Tucson, by fewer than 3,000 votes in 2012 and came back two years later to beat Barber by just 167 votes, making it the closest race in the nation that year.

Since winning the seat, McSally has been one of the top fundraisers in the House, pulling in more than $5.5 million for her re-election bid.

“McSally has proven to be a very tough incumbent. Her fundraising prowess has given any potential opponents pause before jumping in against her,” Gonzales said.

Neither Heinz nor Steele said they are worried about their funding disadvantage in the evenly split district, where they see a possibility that Republican presidential nominee Donald Trump could hurt GOP candidates down the ticket.

“Actually I think McSally’s spending hurts her chances,” said Steele, a former state representative who reported raising $228,535 and having $57,717 on hand as of Aug. 10.

“I think the people of southern Arizona are smart enough to know when outside interests are trying to meddle in our election,” Steele said.

Heinz, who also served as a state representative, reported raising $914,122 and having $290,433 in the bank. He said he doesn’t expect to match McSally dollar-for-dollar, but he is expecting some Democratic donors to make themselves known once the primary is over.

“This district supported Ron Barber and (former Democratic Rep.) Gabby Giffords, so a lot of those donations are going to be flowing in on Aug. 31,” Heinz said.

Bill Scheel, a partner at consulting firm Javelina, which is working with Heinz’s campaign, said Democrats have been pushing hard on voter registration and that “we’ve registered so many since Aug. 1st that Democrats have probably surpassed Republicans now.”

Officials with McSally’s campaign did not return calls seeking comment on the race.

But Kyle Kondik, an analyst for the University of Virginia’s Center for Politics, said that even with the registration numbers showing a competitive district, “McSally has been so successful in solidifying herself as a fundraiser” that her challengers face a difficult general election race.

“She just has so much more money than the competition,” said Kondik, an editor at Sabato’s Crystal Ball at the center.

Both Kondik and Gonzales said the unknown factor is the influence that Trump will have on the rest of the ticket.

“If Martha McSally loses, it’s only because Trump is dragging down Republican races down the tickets that maybe would have won given other circumstances,” Gonzales said.

“The only way she could lose is if Trump does poorly in that district,” he said.

And that could happen in a border district where a quarter of the population is Hispanic and McSally has yet to formally endorse or repudiate the Republican presidential nominee, he said.

“She has her work cut out for her either way,” Kondik said.