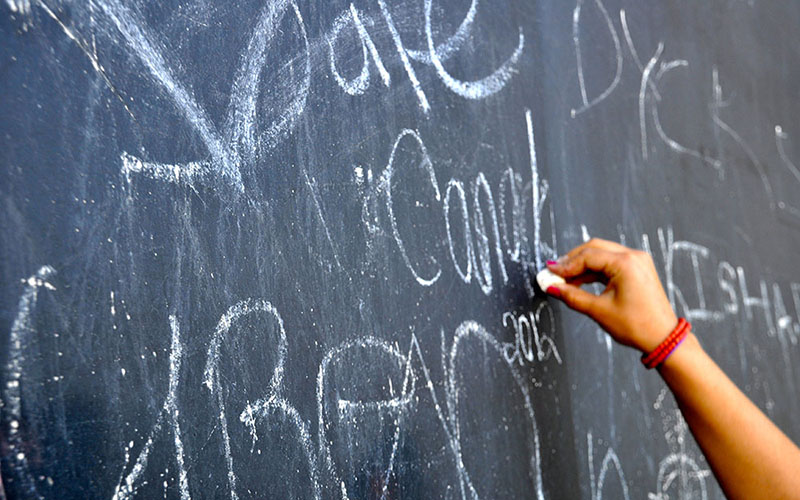 Arizona won praise in a recent report for its program linking preschool teachers with training and scholarships, even as the report said low teacher wages could make such systems an exercise in futility. (Photo by Shelby Steward/Creative Commons)

WASHINGTON – Arizona won praise in a recent report for its program linking preschool teachers with training and scholarships, even as the report said low wages for those teachers could make such systems an exercise in futility.

The Early Childhood Workforce Index said that low wages and varying standards in most states makes it difficult to provide quality education in daycare and preschool settings.

The report by the University of California Berkeley found that wages for preschool teachers and childcare workers in Arizona fell by 5 percent from 2010 to 2015, a drop that was typical for the nation.

But the report also recognized Arizona’s progress in the category of workforce data, thanks to the Arizona Early Childhood Workforce Registry, the website set up by Arizona First Things First to link teachers with scholarships and professional development opportunities.

“It helps so much,” said Amanda Schweitzer, a childcare provider in Arizona with the Association of Supportive Childcare. “It kind of gave me a support system with guidance and professional development.

To sign up, educators enter information in the registry about their employment and education. The database uses that information to connect them with courses that can help fill in any gaps they may have in their training.

Marcy Whitebook, one of the authors of the index, praised the system but worried that any gains it achieves could be eroded by the poor wages in the industry.

In addition to falling wages, the reported cited a study by The Brookings Institute’s Hamilton Project that said early childhood education was among the lowest-earning college majors, along with social work, home economics, theology, fine arts and elementary education.

“We’re filling a bucket with a hole in it,” Whitebook said. “All the people we’re investing in are kind of falling through that hole.”

A previous version of this story misspelled the name of one of the authors of the University of California, Berkeley, study that cited the registry. Marcy Whitebook was a co-author of that report. The story has been updated, but clients who used previous versions of this story are asked to run the correction that can be found here.

Whitebook said that in order to “get effective teachers they absolutely need effective training” programs like Arizona’s registry. But focusing on training alone does not address the core problems the system faces, she said.

“It’s not sufficient because even if you’re well-trained but you work in an environment where there’s not enough teachers or not time for planning or you’re not getting breaks, it won’t matter,” Whitebook said.

Since the system was launched in July 2015, about 16,000 people have enrolled, Wilkinson said. For the past year, First Things First worked to encourage educators to enroll in the registry and take advantage of the services offered by it.

But now, Wilkinson said they’re beginning to use the data to inform policy decisions with accurate information about wages, education levels and other areas of concern.

“Once we have the data, then we’ll really get the true picture,” she said. “Moving forward, we’re going to be analyzing the data and working with our state partners.”

She said that this – along with First Things First’s scholarship and bonus programs – are part of a “huge shift of thinking for everyone” to treat early childhood as a public good.

Despite the challenges, Schweitzer said that First Things First’s efforts leave her optimistic about the future of her career in early childhood education.

“It gives me a lot of hope that if I do my part, Arizona will do their part,” she said.