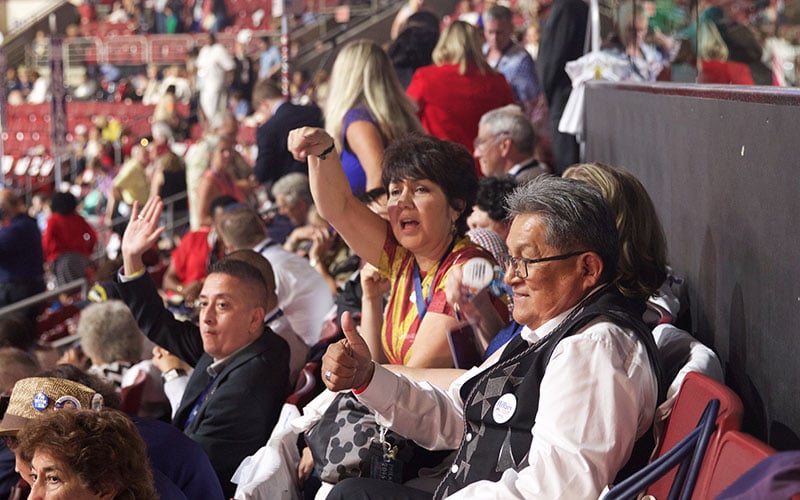 Arizona delegates settle into their state section before speeches start at the DNC. (Photo by Kelsey DeGideo/Cronkite News)

They sent us an audio clip of their thoughts.

Delegates from the Republican Party:

Delegates from the Democratic Party:

Democratic delegates Mikel Weisser, Steven Slugocki and Antoine Coffer all agreed that the DNC unified the party. Coffer said that the convention brought unity not only within the Democratic party but also to the country. However, Eve Shapiro is concerned that Hillary Clinton may not follow through with her promises.

The original story was updated at 3:10 p.m. on Aug. 2 to include submissions from Eve Shapiro and Diane Ortiz-Parsons.