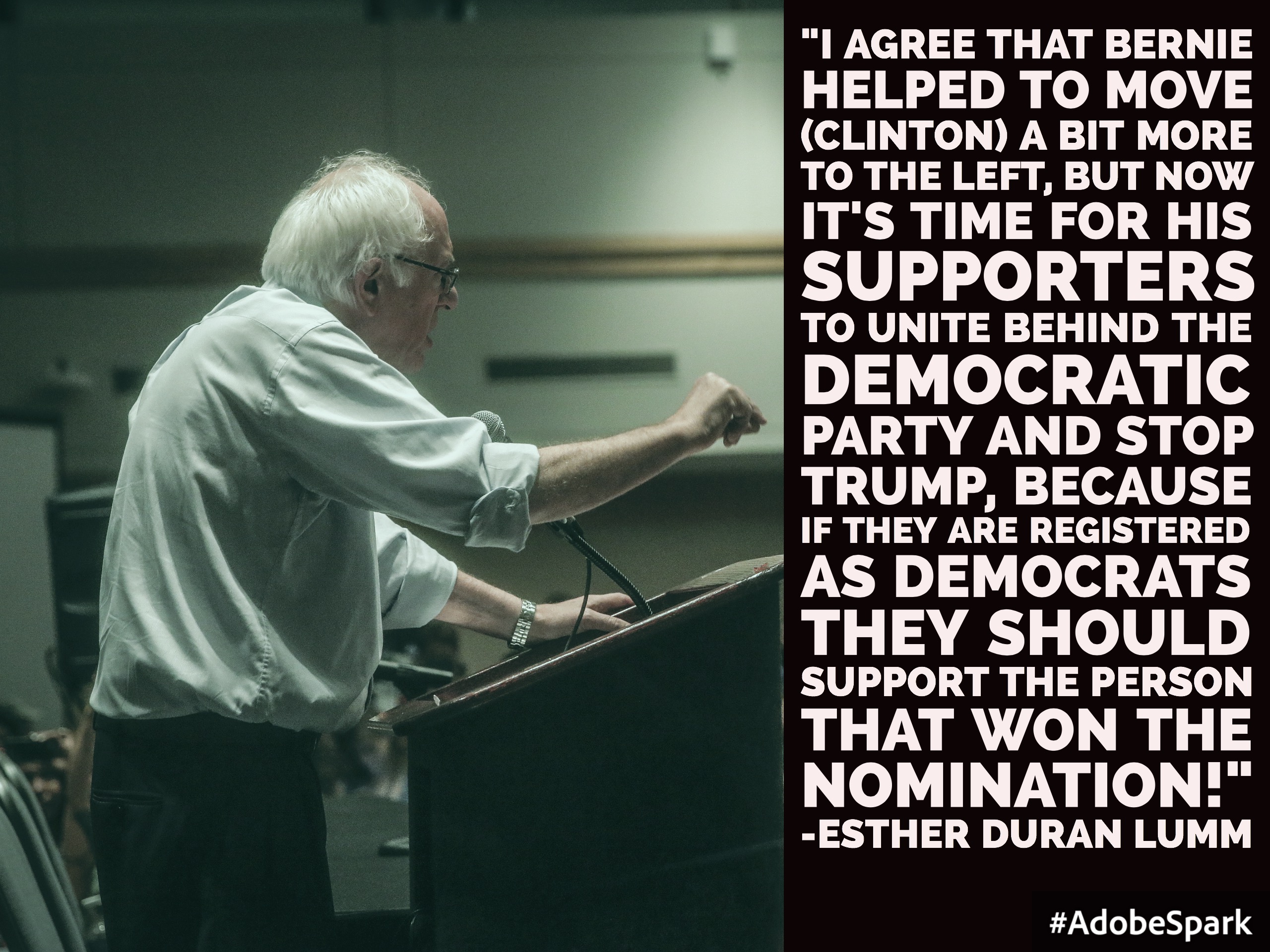 We asked Arizona Democrats in Philadelphia, “Are you noticing a ‘Bernie effect’ on the Democratic Party platform?”

Bernie Sanders told his supporters Monday to unite behind presumptive Democratic presidential nominee Hillary Clinton. But some Arizona delegates who responded to us via text message said the Vermont senator is still having an impact on the party.

This is what delegates had to say: This story was inspired by input from our readers, viewers and sources in the Public Insight Network who responded to our questionnaire about the national political conventions. To submit a story idea or learn more, click here.