Sanders plea for followers to back Clinton divides supporters 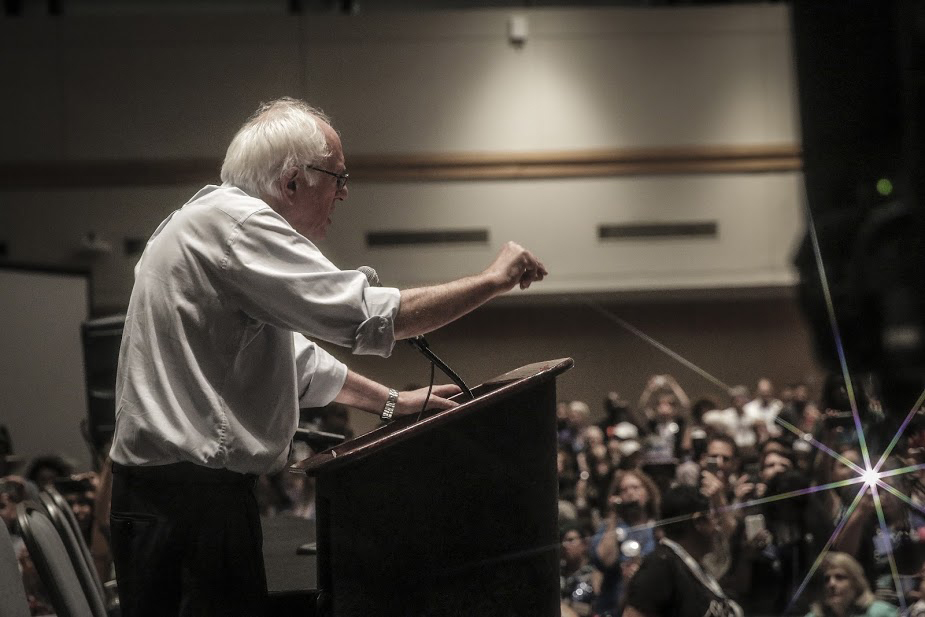 PHILADELPHIA – Cheers from a packed room of Bernie Sanders’ followers turned to boos Monday, as the Vermont senator renewed his endorsement of his rival for the Democratic presidential nomination, Hillary Clinton, and urged them to do the same.

Sanders, speaking to a ballroom full of his delegates, said that supporting Clinton was the Democrats’ best chance of keeping Republican presidential nominee Donald Trump out of the White House.

But the message was not well received by delegates, many of whom were like Arizona delegates Morgan Graham and Eric Cardenas, both Sanders supporters who found the message hard to swallow.

“I agree with him because we need to defeat Donald Trump,” said Graham, a delegate from Tucson. “But I really wanted Bernie to be our nominee.”

Cardenas, an alternate delegate from Tucson, said he is not ready to give up the fight just yet.

“I cannot hold myself to do that just morally. I’m done picking the lesser of two evils to me, with Trump and Hillary, and I see them as two peas in a pod,” he said.

Sanders got rock-star treatment from the crowd of just under 2,000, who rushed the atrium of the Philadelphia Convention Center as news of his arrival spread. The lines to enter the ballroom where he would speak only a few minutes later wrapped around until they met each other in center of the room.

Many wore Robin Hood hats and were decked out in green, a reference to Sanders’ suggestion that what he calls the “billionaire class” be taxed to fund things like education and infrastructure.

Sanders’ entrance on the stage was met with deafening cheers and more ardent chanting of “Bernie, Bernie!” from the room. Onlookers stood on their chairs to take photos and video of the former Democratic nominee.

The cheers quickly turned to boos, however, at Sanders’ call for his followers to back Clinton’s candidacy. Sanders reminded the audience that voting for Clinton is a necessary step in the long-game of “defeating” Republican candidate Donald Trump in November.

“This is the real world that we live in,” Sanders told the crowd. “Trump is a bully and a demagogue. Trump has made bigotry and hatred the cornerstone of his campaign.”

Sanders concluded his address with a promise to the restless and vocal crowd of supporters that the 2016 Democratic Party platform would be “most progressive platform in Democratic Party history,” with goals including raising the minimum wage to $15 nationally and making public colleges free to students under a certain income cap.

The ends were appealing, but the means were hard for Cardenas to take.

“I will be casting my vote for Bernie as many as I can here at the convention,” Cardenas said.