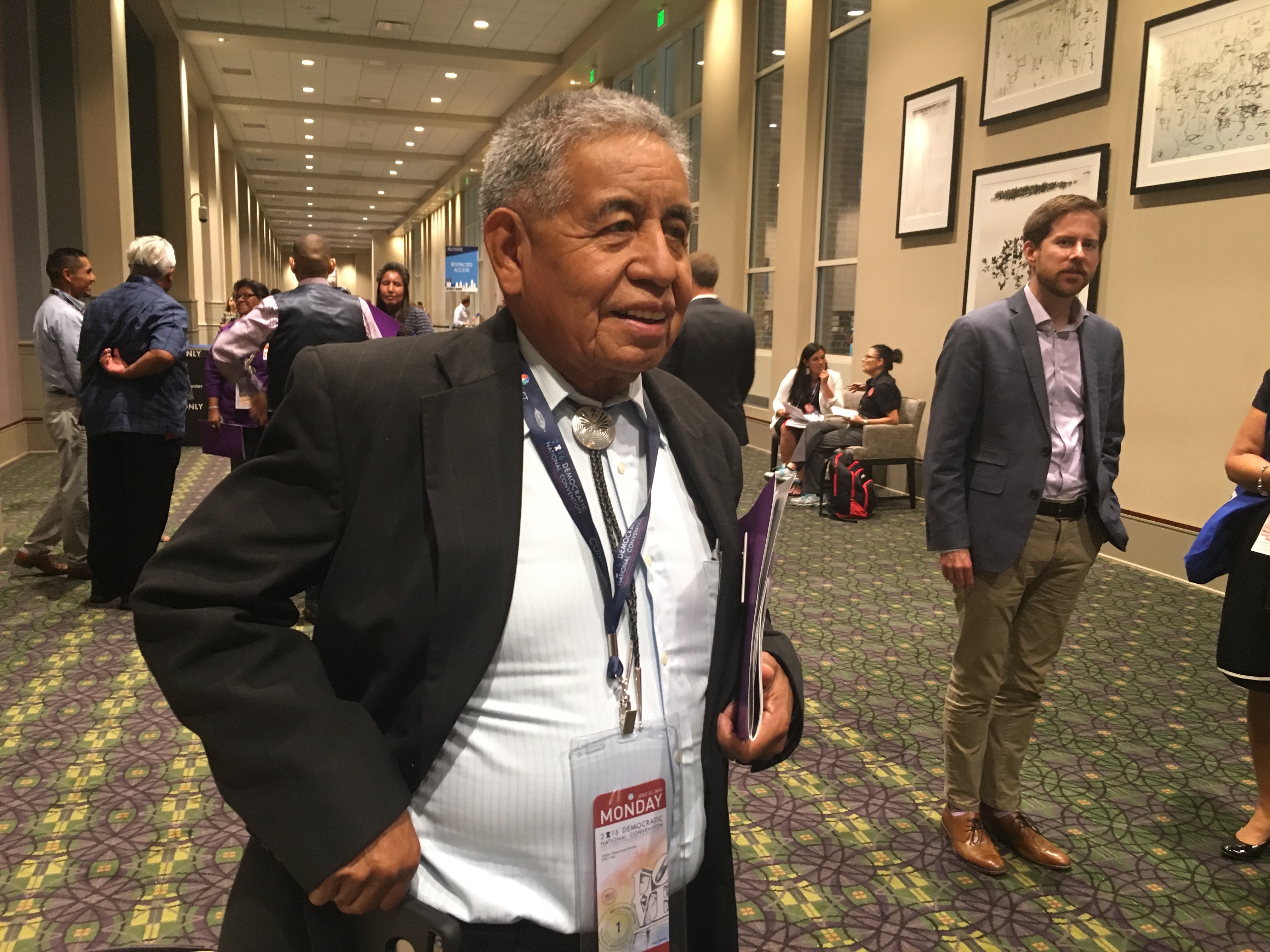 PHILADELPHIA – Edward Manuel ticks off the issues – water shortages, federal approval of mining projects, allocation of scarce resources – all decisions made with what he thinks is insufficient input from the nation’s tribes.

That’s why Manuel, the chairman of the Tohono O’odham Nation, joined scores of tribal leaders who called on the next president to have a strong Native American presence in political discussions, something they said has been happening under the Obama administration.

“Our voice, tribal voice,” was the mantra during Monday’s caucus of Native American delegates to the Democratic National Convention. Kim Tehee, vice president of the Cherokee Nation, brought the caucus to its feet when she told them that they have to fight to keep their seat at the table.

The Native American Council caucus was held in Philadelphia at the Democratic National Convention Center. (Photo by Kelsey DeGideo/Cronkite News)

“Make sure Native Americans are represented in every aspect government, through tribal voice,” Tehee said to applause, whistles and cheers,

For the Native American Council, the last eight years under President Barack Obama were eight good years, she said.

“We have the secretary of Interior, we have the chairman of the National Gaming Association,” Tehee said. “We have slots already. They’re ours.”

“We don’t have a lot of friends in Congress, but we’re gaining momentum,” said Delia Carlyle, an Ak-Chin member and convention delegate.

Manuel said those slots are important for tribes in Arizona, pointing to his frustrations with the government’s approval of the proposed Rosemont Copper Mine southeast of Manuel’s home. He called approval of the mine a slap in the face for tribal governments.

“Right now decisions are being made about major water shortages and we’re not included,” Manuel said.

He said he has hope for a potential Clinton presidency, noting that the likely Democratic presidential nominee met with tribal leaders during her campaign stop in Phoenix earlier this month.

“For about an hour, we discussed with her [Clinton] about our concerns. She agreed that U.S. governmental departments will respect tribal land codes and rules when it affects tribal lands,” Manuel added with a wide smile.

Delia Carlyle, an Ak-Chin member who is also a delegate to the convention, said that she is willing to cross party lines if it means giving Native Americans that seat at the table.

“We, Native Americans, are named twice in the Constitution,” Carlyle noted.

She said that tribal gains need to be realized across government.

“We don’t have a lot of friends in Congress, but we’re gaining momentum,” Carlyle said.

Carlyle acknowledged that if Clinton were elected she would have a long road ahead of her for Native relations – largely because of the current administration’s success in involving tribes. If Republican nominee Donald Trump is elected, caucus members said, they hold little hope for being consulted.