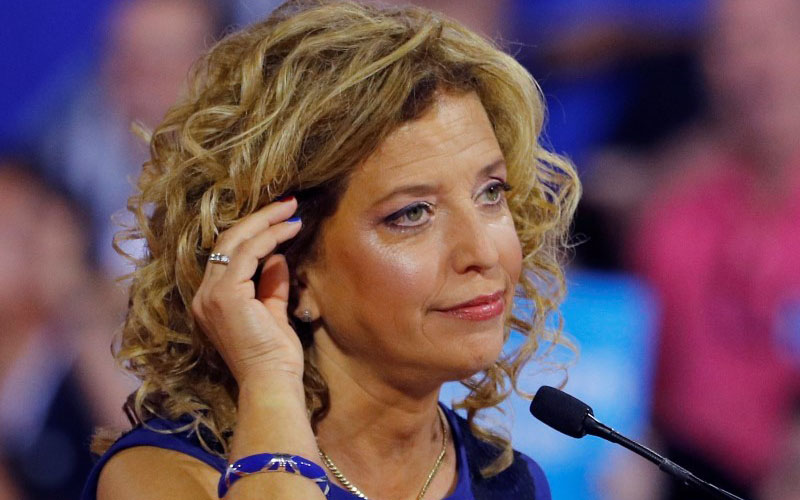 Sen. Debbie Wasserman Schultz, then leader of the Democratic National Committee, speaks at a rally before the arrival of presumptive Democratic presidential nominee Hillary Clinton and her vice presidential running mate U.S. Senator Tim Kaine, in Miami, Florida, on July 23, 2016. Wasserman Schultz later stepped down as leader of the DNC following thousands of leaked emails from the DNC during her tenure. (Photo by Scott Audette/Reuters)

Delegates returning from last week’s Republican convention that included scandals and the political coronation of Donald Trump as the presidential nominee shared their relief to have “the heat come off” the GOP and turn toward the Democratic National Convention that started Monday in Philadelphia. 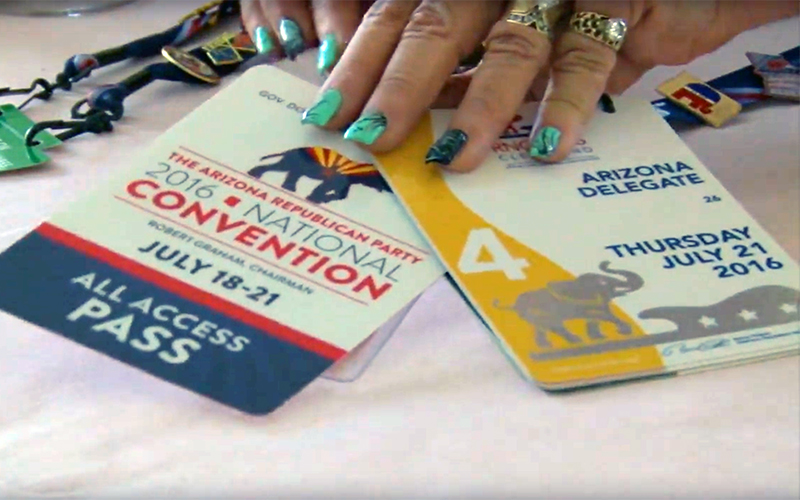 Wikileaks released nearly 20,000 emails on the eve of the convention that suggested Democratic leaders favored former Secretary of State Hillary Clinton as the presidential nominee and derided candidate Bernie Sanders, even as he stayed in the race. The senator from Vermont has withdrawn from the race and is urging his supporters to back Clinton.

DNC leader Sen. Debbie Wasserman Schultz, D-Fla., has stepped down as chairwoman and will not speak at the convention.

Arizona GOP delegates and leaders returning home from the Republican convention aren’t surprised by the scandal. They are weighing the possible ways it could effect the Republican party and their efforts to get Trump elected as president.

“I don’t like to see anybody disenfranchised. I don’t think what the DNC did was ethical,” said Ian Murray, an alternate delegate and District 25 chairman. “To actually work with one of the candidates to ostracize another, that was just wrong.”

Murray added that he would “be extremely upset” if the Republican party attempts to “silence” voters.

“The system is rigged. It’s the same way Donald Trump has been saying that it’s rigged,” said Jorge Ortiz, alternate delegate and District 3 chairman. “Bernie didn’t have a chance.”

Several Arizona GOP delegates said the email leak is just the beginning of more scandals that will come from the Democratic Party.

“It’s going to get bigger not smaller,” said Rep. David Livingston, R-Peoria. “I think it’s going to really help the GOP ticket from Mr. Trump all the way down to city council.“

“There was so much talk about the Republicans having a difficult convention. Our convention looked easy compared to what they’re going through right now,” Livingston said.

The RNC encountered scandals when Trump’s wife, Melania was accused of plagiarizing from passages similar to Michelle Obama’s 2008 DNC speech. Party discord also marked the convention when some delegates refused to vote for Trump.

Other Arizona GOP members also believe that the DNC scandal could sway certain groups of voters.

After conservative pollster Frank Luntz told the Arizona GOP last week they needed to focus their efforts toward millennials and independents, the delegates have come home and are hoping to do exactly that.

“I think the solid Democrats are always going to be Democrats. But the people who are new especially the independents, those are the votes we need and should get,” said Linda Brickman, a delegate from Phoenix and member of the RNC rules committee. “I think a lot of new voters will come over to the Republican side.”