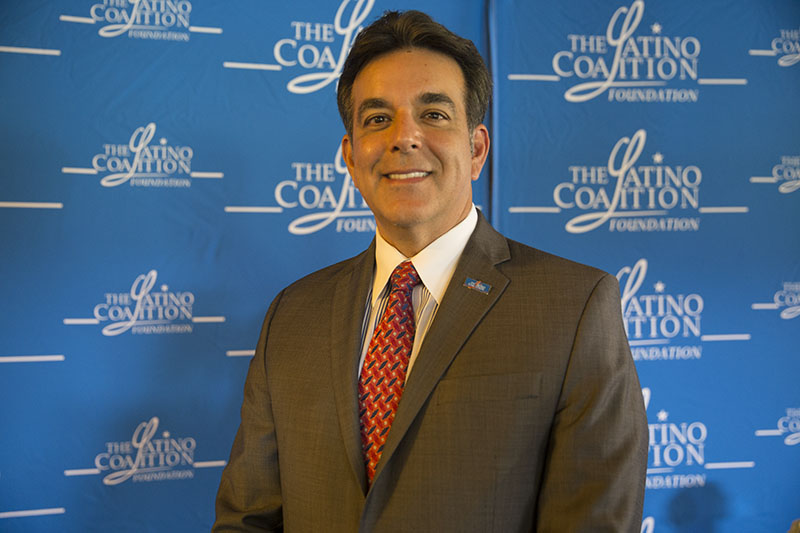 Hector Barreto, chairman of the Latino Coalition, said undecided Hispanics in states like Arizona could determine the outcome of this year’s election. (Photo by Emily L. Mahoney/Cronkite News)

Hector Barreto, the chairman of the Latino Coalition, made the remarks at the release of a coalition poll that showed some Latino Republicans may still be willing to vote for Trump, but said that many are waiting to see his next moves.

“Campaigns have different seasons: You have the primary season which is the regular season, and then you get into the playoffs and the championship season and that’s where we’re at right now,” Barreto said.

“This is the time the most voters are going to be paying attention,” Barreto said at the event not far from the Republican National Convention. “So that’s the opportunity to close the sale, especially because there’s so many Hispanics on the fence.”

Barreto said undecided Latinos could make all the difference in key states, including Arizona, Nevada and North Carolina. 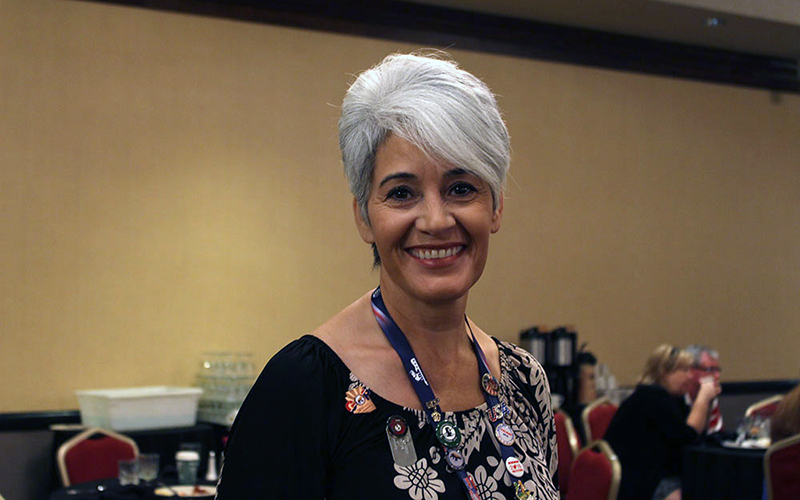 But the leader of a new Phoenix-based grassroots Hispanic organization, Mijente, called the idea that a Trump presidency would benefit Latinos a “laughable” proposition.

“I think political diversity in our community is important and beneficial and it’s realistic,” said Marisa Franco, who was in Cleveland with members of her group to protest Trump’s immigration comments.

The coalition telephone survey of 1,000 Latinos reported results from the 200 who were Republicans or independents. It found that more than 40 percent of Latino conservatives support Trump, but this support drops sharply among Latino moderates.

Both moderate and conservative Republican Latino respondents cared more deeply about national security and the economy than immigration, the poll said.

One of those Hispanic Republicans supporting Trump is Gabriela Saucedo Mercer, a Tucson resident and delegate to the Republican National Convention this week.

Saucedo Mercer was 24 when she immigrated to the U.S. from Mexico. The United States today is “not the same country that I immigrated to,” she said at a delegation breakfast earlier this week. 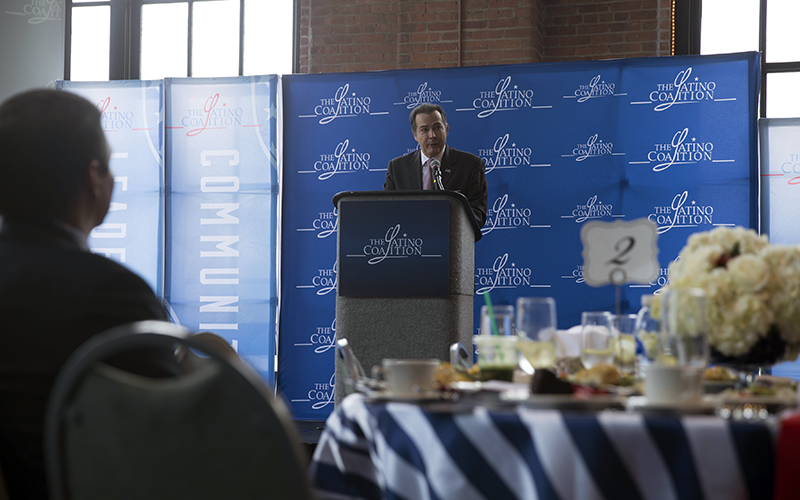 Rudy Beserra, senior vice president of Latin affairs for Coca-Cola, talked about how Latino and Republican values are the same. (Photo by Emily L. Mahoney/Cronkite News)

“We’re racially divided and I don’t call myself a Mexican-American, because I’m an American by choice,” she said. “Just like I lock my home at night, I don’t want anyone coming in my country that’s not supposed to be coming in.”

She defended statements by Trump on Mexicans, Muslims and others.

“The comments made by Trump about Mexicans, the shoe doesn’t fit on me,” Saucedo Mercer said. “I’m not one of those, just like not all Muslims are terrorists, not every Mexican is a rapist.”

A common refrain among Republican Latinos is the Reagan-era statement that “Latinos are conservatives, they just don’t know it yet.”

“They’re proud and they’re patriotic and they’re conservative and they’re business owners,” Barreto said of Latinos in the U.S. “They’re the fastest growing segment of small business — that’s ripe territory for a Republican message. The message is important but the messenger is important too.”

Nationally, 63 percent of registered Latino voters say they identify with the Democratic Party, compared to 27 percent for the GOP, according to a 2014 Pew Research Center poll. But that was up from 2011, when just 20 percent of Latinos said they identified with Republicans.

Rudy Beserra, the senior vice president of Latino affairs for Coca-Cola, said Trump has not written those voters off.

“I know that Trump is going to have a Latino advisory board to advise him on what they have to do to go out and do grassroots campaigning,” said Beserra, who was being honored at the Latino Coalition event.