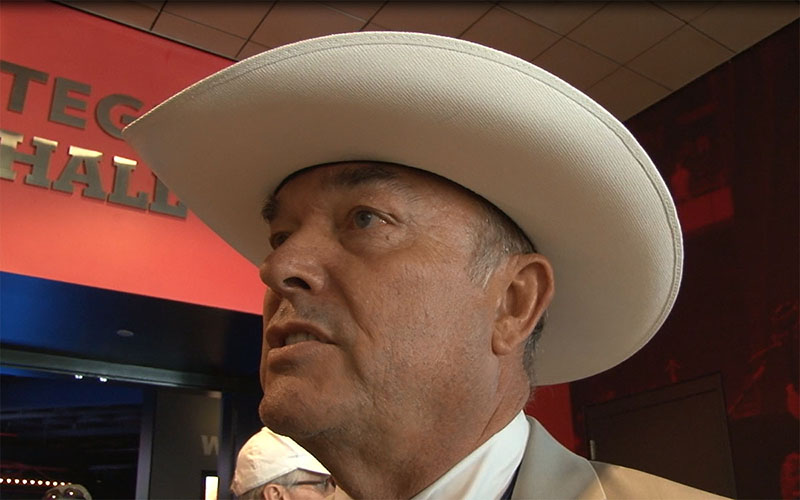 CLEVELAND – Arizona Republican delegates stood firmly behind Melania Trump Tuesday against charges that she lifted parts of a Monday speech from a similar speech in 2008 by first lady Michelle Obama.

With rock and roll playing in one room and Trump’s speech blasting in another, delegates took time from an afternoon tour of the Rock and Roll Hall of Fame to defend the speech as not plagiarized but merely an incident of two speeches that contained “common words and values.”

“I saw some of the comparison on TV and such,” Arizona GOP Chairman Robert Graham said. “Who knows where it originated from, I know she wrote a lot of the speech.

“Most people have help, especially because English is her second language,” Graham said of Trump, whose first language is Slovenian. “In this particular case, I think it’s interesting that people are trying to demonize her.”

Graham’s comments were typical of Arizona delegates, who downplayed similarities between the two speeches and accused those of raising them of attacking Trump, as she praised her husband, Donald, in advance of his selection as the Republican nominee for president.

It was a speech by Mrs. Obama in advance of her husband’s nomination by the 2008 Democratic National Convention that Mrs. Trump has been accused of plagiarizing.

In 2008, Mrs. Obama said of her husband: “Barack and I were raised with so many of the same values: That you work hard for what you want in life; that your word is your bond and you do what you say you’re going to do; that you treat people with dignity and respect, even if you don’t know them, and even if you don’t agree with them.”

Mrs. Trump raised eyebrows when she said Monday: “From a young age, my parents impressed on me the values that you work hard for what you want in life; that your word is your bond and you do what you say and keep your promise; that you treat people with respect.”

Trump’s campaign has denied the accusations and Mrs. Trump has stated previously that she wrote the majority of the speech herself.

Arizona alternate delegate Barbara Wyllie believed that the controversy was a media-driven effort.

“I saw that on Twitter this morning and thought, ‘Oh my gosh the media is really looking for something,'” Wyllie said. “She (Trump) spoke from her heart. She might have picked up a couple of words that other first ladies have said in the past. But it was her speech.”

Despite the similarities, several Arizona delegates applauded Mrs. Trump’s emotional delivery and the influence her past had on the tone of the speech.

“I loved her speech. I loved her accent. I felt that her speech was genuine and that it came from the heart,” said Wyllie, a Sun City resident. “I love the fact that she is an immigrant. She came over and became a citizen and assimilated. To put her in the White House as the first lady says a lot.”

Trump immigrated from Slovenia in 1996 and has remained in the U.S. with her husband.

Delegate Kathy Petsas said it would not be surprising to find that there is “a common thread” between speeches by first ladies – and in Trump’s case, a prospective first lady.

“I had low expectations going, but I’ve never seen her speak, but she did a lovely job,” said Petsas, a Paradise Valley resident.

Despite the controversy, Arizona delegates said they have been impressed with the convention thus far, noting their admiration for the concerns over safety and security at the convention. Graham said he was also hopeful for “a move toward unity,” as the convention moves toward Trump’s acceptance on Thursday.

“One of the things I’ve seen the past couple of days is the unification really take shape,” said Graham.