The full 9th U.S. Circuit Court of Appeals ruled that Eric Mann’s claims of ineffective counsel during his trial and sentencing were not sufficient to reopen his case.

Judge Richard R. Clifton wrote that there may have been questions about lower courts’ decisions in the case, but the law allowed the appeals court to get involved “only if no fairminded jurist could conclude” that the lower court had not acted fairly.

That was not the case here, he wrote. 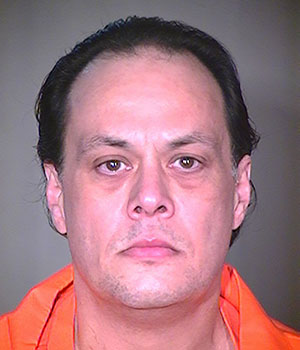 A federal appeals court upheld the conviction and death sentences for Eric Mann, who lured two men to a 1989 drug deal in Pima County, then robbed and killed them. (Photo courtesy of Arizona Department of Corrections)

But in one of two partial dissents, Chief Judge Sidney R. Thomas said that Mann’s lawyer had been ineffective at his sentencing and should have presented evidence of that a 1985 car accident may have caused brain damage in Mann.

“Any reasonable attorney would further investigate whether a car accident that left two out of three passengers dead resulted in any permanent physical or psychological damage to Mann, the sole survivor,” Thomas wrote.

Mann’s attorneys said the dissent “was absolutely correct, and that, as Judge Thomas concluded: Eric Mann’s death sentence was imposed in violation of his Sixth Amendment right to effective assistance of counsel.”

The attorney, Arizona Federal Public Defender Cary Sandman, said in an email that they plan to take the case to the U.S. Supreme Court.

The Arizona Attorney General’s office declined to comment on the ruling.

The case began when Mann offered to sell Richard Alberts a kilogram of cocaine for $20,000. The sale was a ruse, the court said, with Mann intending to give Alberts a shoebox full of newspaper and then shoot him after taking the money.

Alberts showed up at Mann’s home on Thanksgiving Day 1989 with another man, Ramon Bazurto. After first hesitating because of Bazurto’s presence, Mann went ahead with the deal – and shot both men.

Alberts died “almost instantly,” but Bazurto lingered and Mann stood over him as he died. Mann got a friend, Carlos Alejandro, to help get rid of the bodies.

The case went unsolved for four years until Mann broke up with his girlfriend, Karen Miller, who had been at the home during the killings.

Miller turned him in to police, and she and Alejandro were granted full immunity in the case in exchange for testifying against Mann. He was convicted in 1994 of both murders and sentenced to death in 1995.

A key element of that disagreement was over whether his attorney should have more aggressively pursued evidence that the 1985 car accident could have affected Mann, which could have been used as a mitigating factor against the death penalty.

While Thomas said it should have been considered, Clifton noted that Mann’s criminal behavior changed little from before the accident to after, a fact noted by the trial judge.

“Even if the accident had an effect on Mann’s personality, it hardly changed an altar boy into a callous criminal,” Clifton wrote for the majority.