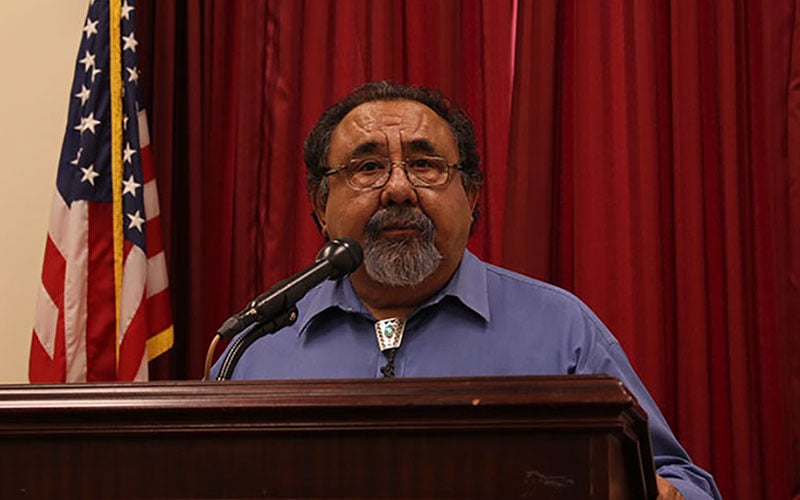 Rep. Raul Grijalva, D-Tucson, said his bill that would let eligible deported veterans return to the United States as legal residents is a matter of fairness. (Photo by Sophia Kunthara/Cronkite News) 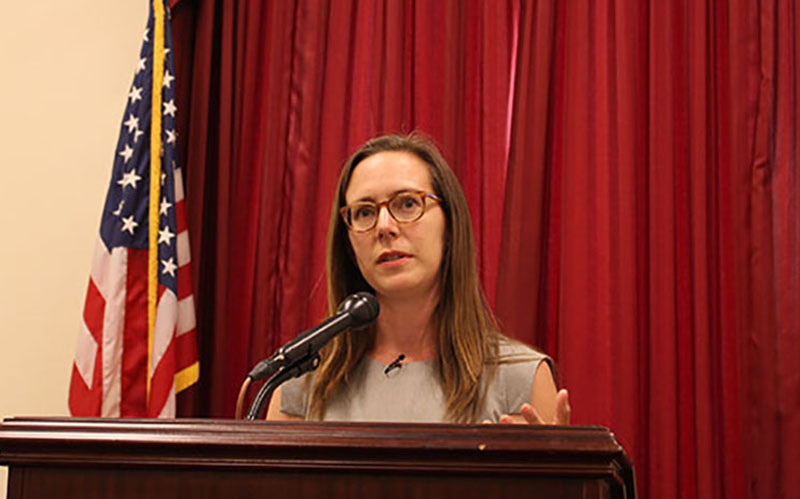 Jennie Pasquarella, an attorney with the ACLU, said veterans often don’t receive the treatment they need when they return home, leading to behavior that can land them in legal trouble. (Photo by Sophia Kunthara/Cronkite News)

WASHINGTON – Hector Barajas’ Army service should have guaranteed him military benefits after he was honorably discharged.

All that went out the window when Barajas – a native of Mexico who was a lawful resident when he served – was convicted on a weapons charge and deported to Mexico, where he doesn’t have access to the medical care or other benefits he would have otherwise received.

“No veteran should die on this side of the border only to return in a box to be buried by Uncle Sam with full military honors,” said Barajas, who founded the Deported Veterans Support House to help veterans like himself.

Barajas was speaking by Skype from Tijuana, Mexico, in support of a bill that by Rep. Raul Grijalva, D-Tucson, would allow veterans who were deported after being convicted of nonviolent offenses to return to the United States. 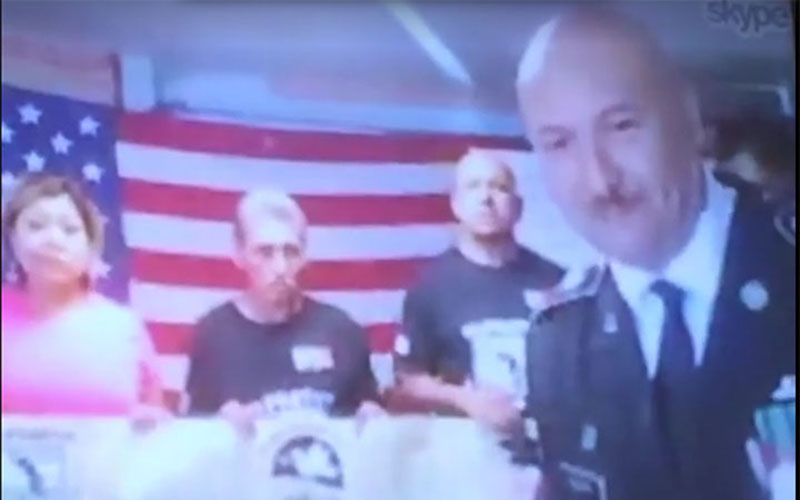 Hector Barajas, an honorably discharged Army vet, testifying via Skype from Tijuana, Mexico, where he was deported after being convicted on a weapons charge. (Photo courtesy Rep. Raul Grijalva)

Grijalva said he introduced the Veteran Visa and Protection Act in response to the number of vets deported after being convicted – losing out on most military benefits except for a military burial, as Barajas noted.

Veterans often come back home and don’t receive services to help them adjust back to civilian life, Grijalva said, which can lead to destructive behavior such as driving under the influence and drug use. But while any other veteran would serve a sentence for such a crime and be released, those like Barajas are deported after they have served their time.

“They get punished twice, not once,” Grijalva said. “That’s not fair.”

When a veteran is deported, Grijalva said, they don’t have access to military benefits such as proper medical care in the country they were born in.

Grijalva’s bill comes on the heels of a bill by fellow Arizona Rep. Paul Gosar, R-Prescott, that would block DACA immigrants from enlisting in the military. Gosar said Monday that he introduced the Military Amnesty Prevention Act to stop what he called the Obama administration’s policy of letting DACA immigrants enlist in the military as a “backdoor amnesty program.”

Gosar’s office did not respond to a request for comment Thursday on Grijalva’s bill.

Jennie Pasquarella, director of immigrant rights for the American Civil Liberties Union of Southern California, joined Grijalva in Washington to advocate for the bill. Pasquarella, who co-authored the report “Discharged, Then Discarded,” said veterans who are deported are legal residents who often have lived in the U.S. for most of their lives and were eligible for naturalization before their conviction.

“These men and women were lawful U.S. residents,” Pasquarella said. “They had to be to enlist in the military.”

But many erroneously believe that they automatically become citizens when they enlist in the military, Pasquarella said, while others are unaware of the naturalization process.

“We’ve cast out and discarded men and women who pledged their loyalty to the United States with their own lives, who fought for this country in wars from Vietnam to the present,” Pasquarella said, adding that they lose out on medical and health benefits they are “owed.”

Grijalva said the bill would set up a process on a case-by-case basis for veterans to return to the United States and be naturalized. Eighteen other lawmakers, including Rep. Ruben Gallego, D-Phoenix, have signed on as co-sponsors.

“I think that everybody deserves more than a second chance,” Grijalva said.