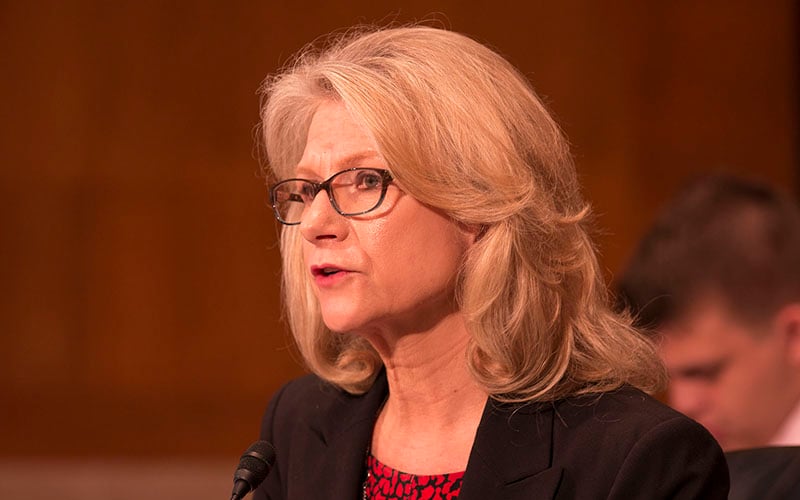 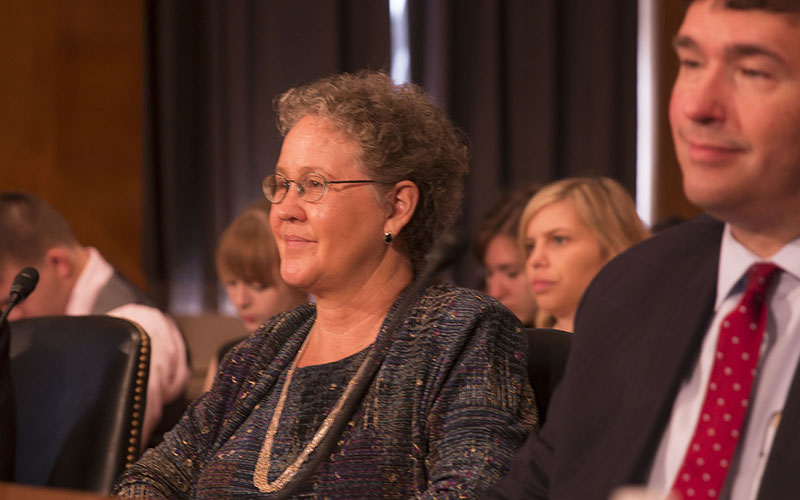 Linda Darling-Hammond, president and CEO of the Learning Policy Institute, said there is a need for a more comprehensive way to evaluate school success than the one in the proposed regulations. (Photo by Emily Zentner/Cronkite News)

WASHINGTON – An Arizona school superintendent testified Thursday that, without changes, proposed regulations implementing the law to replace No Child Left Behind could throw the state back into an “unfortunate” debate like the one over Common Core.

Dysart Unified School District Superintendent Gail Pletnick was part of a panel of local education officials who told the Senate Health, Education, Labor and Pensions Committee that they welcome the law, but worry about the Education Department’s proposed regulations.

“In Arizona, mandating what was viewed as national standards was hotly debated,” Pletnick testified. “It was unfortunate that we wasted a great deal of time and energy in an emotional and divisive Common Core debate.”

Pletnick, from Surprise, and the three other witnesses said they believe the 2015 Every Student Succeeds Act is a definite step up from the old No Child Left Behind law, which critics said was too heavy on testing and tried to force all school districts into one mold.

But they worried about Education Department regulations to implement ESSA, including rules for school assessment systems, the timeline for action and the perception that federal regulators would be allowed to override state decisions.

Sen. Chris Murphy, D-Connecticut, speaking to concerns about the school evaluation provisions, noted that they had received support from the Council of Chief State Officers and the Leadership Conference on Civil and Human Rights.

While he wanted to hear more about the educators’ concerns over the regs, Murphy said some on the panel appeared to be “measuring what is good versus what is perfect” in their comments.

But Pletnick and others said they worry that the new rules sound too much like some of the old one-size-fits-all policies that made No Child Left Behind unpopular.

“The power of ESSA is the flexibility it provides to states and to schools allowing them to focus on each student,” Pletnick said in her testimony. “I am concerned with unnecessarily rigid regulations that may hinder the very state and district innovation that we know is needed to serve our underserved students.”

Another area of contention was the proposal to require state accountability systems for schools. It would create a system that requires schools to be graded with one overall score based on a large number of student success factors.

Linda Darling-Hammond, president and CEO of the Learning Policy Institute, said that is not the best way to measure a school’s successes and areas for improvement.

She compared schools graded that way to her dyslexic child: Had the school given her child one overall grade instead of one for each subject, she said, she would not have known that reading was the problem.

“The regulations should not require a single summative score, which could limit a state’s ability to provide the data needed for schools and states to act wisely and well on behalf of the students and families,” Darling-Hammond said, “while hindering the ability of parents and community members to advocate wisely and well on behalf of their children.”

Pletnick also called for the Education Department to give schools more time to create the better evaluation system she seeks. The current proposal would require tha states identify and begin intervening in low-performing schools in the 2017-2018 school year.

She said that the system should issue scores on several indicators of success, rather than one overall score, but that states need to be allowed to hold off on identifying schools in need until fall 2018.