Wylder died when he was three years old in July 2012 of Niemann-Pick Type A, but his legacy lives on through the Wylder Nation Foundation. His parents founded the nonprofit to support doctors and researchers who are trying to find a cure for the disease.

“The mission is to improve the lives of children diagnosed with these rare diseases…and provide hope by accelerating the discovery and development of treatment options,” Steven Laffoon said.

The foundation is donating funds to TGen, the Phoenix research initiative that is studying a group in Chile that carries the genetic markers for Niemann-Pick. 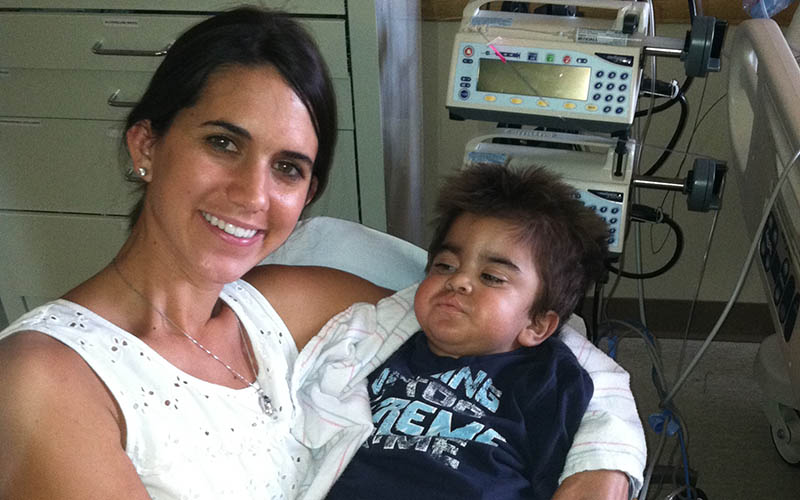 Niemann-Pick type A is the most severe type of the disease, causing children to die in early childhood. It causes children to grow an enlarged spleen and liver, dangerously slows their rate of growth, damages their lungs, and inhibits their mental abilities and mobility. There is no cure and death is guaranteed.

Niemann-Pick has three different types – type A, B, and C, (which can be split into C1 and C2. Type A and B are the more rare forms of the disease, although children who have type B can reach adulthood.

“At the root cause, they have a change in their DNA blueprint that affects an enzyme …something in the body that metabolizes the things we eat, for example, into other chemicals,” said Matt Huentelman, professor of neurogenomics at TGen. “And the defect in that enzyme forces the build up of something that is very toxic to the kids. And that ends up in…eventually, death for the kids.”

TGen is researching the type B variant of Niemann-Pick by studying a sample population of Chile residents who share the same genetic markers that led to them having the disease. But they experience the disease differently. Some of them have a mild, slow progressing form, while the disease is progressing rapidly in others.

By examining the genome of those in the sample population, researchers at TGen hope to identify what is causing the different reactions to the disease. While a cure is still a lofty dream, if researchers can identify what’s causing different reactions in those with the disease, it might be possible to develop a treatment that would move people from the rapid-progression group to the slower-progression group, Huentelman said.