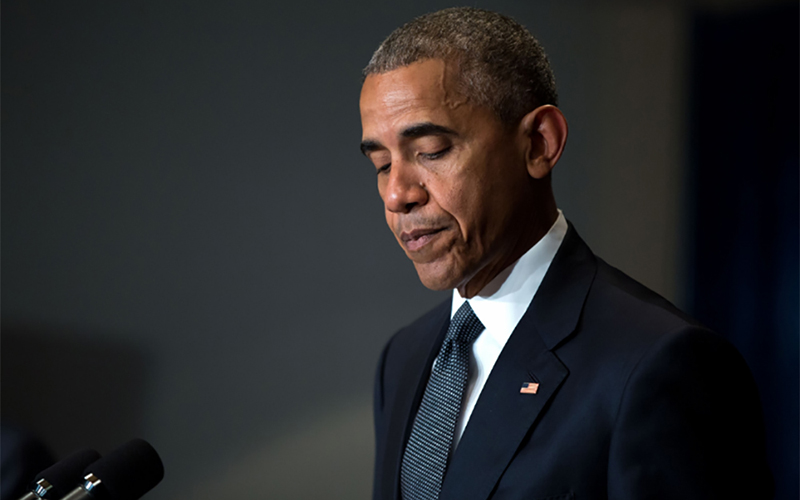 President Barack Obama, speaking at a NATO conference in Poland, called the killing of five police officers in Dallas a “vicious, calculated and despicable attack on law enforcement.” (Photo by Pete Souza/White House) 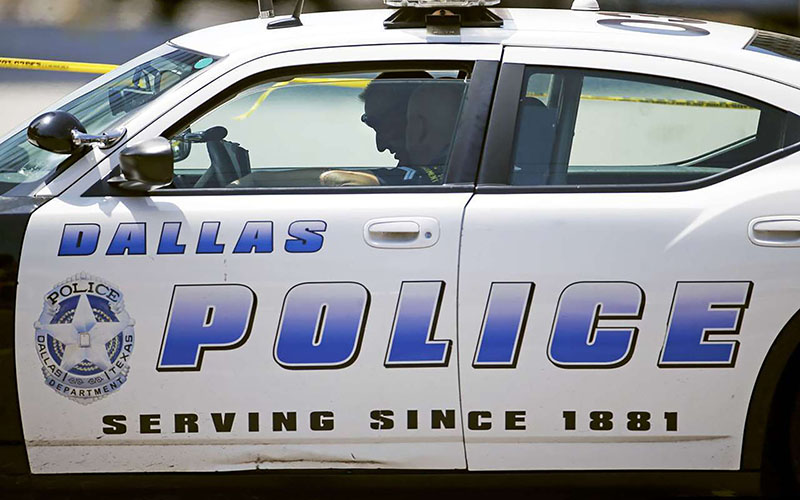 Police officers talk in a squad car in Dallas on Friday, one day after gunmen opened fire on officers at a protest, killing five officials and injuring another seven officers and two civilians. (Photo by Carlo Allegri/Reuters) 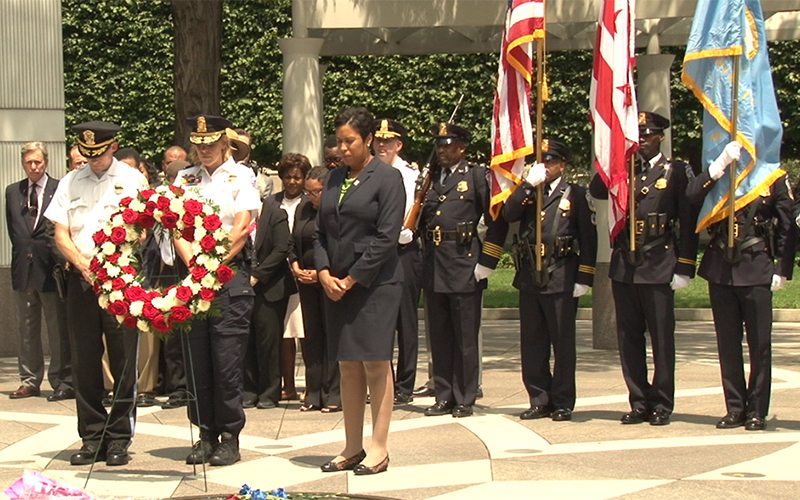 Washington, D.C., Mayor Muriel Bowser pauses for a moment of silence at a wreath-laying at the National Law Enforcement Officers Memorial, to honor the five officer killed in Dallas. (Photo by Keshia Butts/Cronkite News)

WASHINGTON – The shots heard Thursday in Texas echoed in Washington Friday as lawmakers reacted to the Dallas attack that left five police officers dead in an ambush-style shooting.

Gunmen opened fire on the officers as they worked a peaceful Black Lives Matter protest that had been called in the wake of recent unrelated police shootings of two black men, Alton Sterling in Baton Rouge, Louisiana, and Philando Castile in Minnesota.

Five officers in Dallas were killed and another seven wounded in the attack, along with two civilians.

Lawmakers on Friday took the chance to decry what they called this “dividing” violence. Many were like Rep. Raul Grijalva, D-Tucson, who called for “peace over violence” in the wake of the Dallas attack.

Rep. Ann Kirkpatrick, D-Flagstaff, cited the deaths of Sterling and Castile at the hands of police and called on the nation to grieve together rather than letting the violence continue “pulling us apart.”

“The protesters these officers were bravely protecting had gathered to call for justice for families that had lost loved ones,” Kirkpatrick said in a statement. “But the tragedies of this week are not mutually exclusive for our nation. We can grieve together and we must condemn violence of all kinds together.”

The need for unity in the wake of the attack was a common theme for Arizona lawmakers.

“I’m horrified by the murder of five law enforcement officials in Dallas and the wounding of many other officers and innocent civilians,” said a statement from Sen. John McCain, R-Arizona. “May we all come together at this terrible hour and focus on making our communities safer and more secure for every American.”

Washington was briefly on edge, with the Capitol and the Capitol Visitor’s Center put under lockdown Friday morning after a staffer tried to enter the building with what was originally thought to be a gun. It proved to be a false alarm, however, and the lockdown was lifted after about 40 minutes.

Later in the day, Washington Mayor Muriel Bowser laid a wreath at the National Law Enforcement Officers Memorial, where she said the capital stands together “with the people of Dallas, with the police department of Dallas, with communities who need answers.”

“Whatever we do, we must do it in an orderly, peaceful, nonviolent fashion,” said Rep. John Lewis, D-Georgia.

Not all the calls were for unity, however, with many social media posts pointing a finger at President Barack Obama and the Black Lives Matter movement. Prominent among them was former Rep. Joe Walsh, R-Illinois, who said in a Twitter that was later deleted, “This is now war. Watch out Obama. Watch out black lives matter punks. Real America is coming after you.”

Obama, speaking Thursday of the shootings of Sterling and Castile, said Americans “should be troubled by these shootings because these are not isolated incidents.” But he went on to say that “when people say ‘Black Lives Matter,’ that doesn’t mean blue lives don’t matter; it just means all lives matter.”

But speaking early Friday from a NATO meeting in Poland, Obama was unequivocal. He decried the Dallas shootings as a “vicious, calculated and despicable attack on law enforcement.”

As she joined those grieving the attack victims Friday, Attorney General Loretta Lynch called on the public to work hard to foster unity and to continue work toward gun control and preventing violence.

“The answer is never violence,” Lynch said. “Rather, the answer must be action … We must remind ourselves that we are all Americans … and that, as Americans, we share not just a common land, but a common life.”

-Click on the dots for details on some of largest police deaths in the U.S., according to the National Law Enforcement Officers Memorial, which called Thursday’s attack in Dallas one of the deadliest in U.S. history. (Graphic by Emily Zentner/Cronkite News)