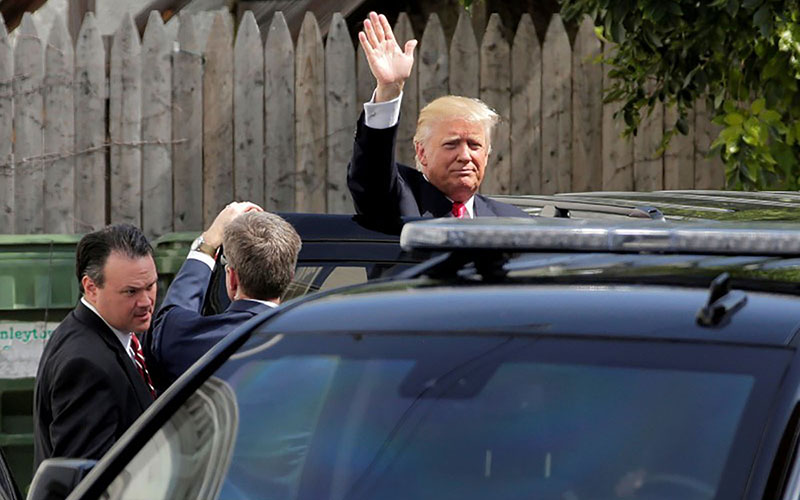 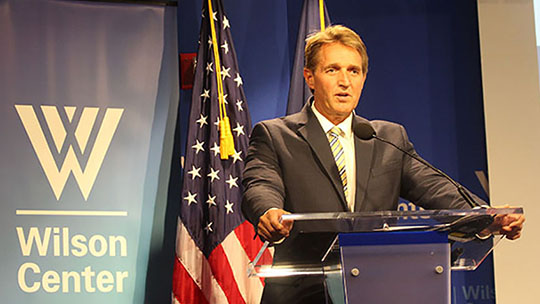 WASHINGTON – Presumptive GOP presidential nominee Donald Trump was on Capitol Hill to reach out to Republican lawmakers Thursday but ended up criticizing several instead, saving his sharpest comments for Arizona Sen. Jeff Flake, according to published reports.

Trump said he has not been hard so far on Flake, who has declined to endorse Trump’s candidacy, but said he could ratchet up pressure on the senator who has “been very critical of me,” according to a Washington Post account of the closed-door meeting.

Flake, who has called some of the businessman’s remarks in the past “boorish,” told Trump that “I want to talk to you about statements like that,” according to the report in the Washington Post, which was confirmed by Flake’s office.

But while Trump’s meeting with senators may not have been the smoothest, a meeting earlier in the day with House Republicans got generally favorable reports from House members in attendance.

House Speaker Paul Ryan, R-Wisconsin, who has been lukewarm at best toward Trump’s candidacy, said Thursday’s meeting was “great” and that the Republican Party is committed to regaining the White House in November.

“Our members were grateful to hear about his general election plans and his desire to unify the party in advance of a critical election this November,” Ryan said in a statement. “It was an important opportunity for our members to get additional information about Mr. Trump’s campaign and ask questions about the issues that matter to Americans.”

Rep. Paul Gosar, R-Prescott, one of several Arizona lawmakers at the House meeting, was more enthusiastic, describing Trump as “charismatic” and “upbeat” in the meeting.

“(Trump) wants to get America back believing in itself again, and I think that’s an important fact,” said Gosar, who said he plans to vote for Trump this fall.

“America is downtrodden after these last years, and the Obama administration, and they’re looking for somebody that’s looking to benefit them, not to see the build-up of the big government in Washington, D.C.,” Gosar said.

Flake has said in the past that he cannot endorse Trump because of the candidate’s rhetoric about Hispanics and Muslims and others, noting Trump’s accusations against federal Judge Gonzalo Curiel, an Indiana native who Trump says cannot judge him fairly because of his Mexican heritage.

When Flake stood up to introduce himself at Thursday’s meeting, that’s when Trump noted that the senator had been a critic. Flake didn’t shy away, according to the Post report.

“Yes, I’m the other senator from Arizona – the one who didn’t get captured,” Flake said, an apparent reference to Trump’s dig at Arizona Sen. John McCain’s status as a war hero. Trump said last summer that McCain – captured in Vietnam and held as a prisoner of war for nearly six years – may have been hailed as a hero for his war service, but he prefers “people who weren’t captured.”

McCain was not at the Trump meeting Thursday, but was chairing a hearing of the Armed Services Committee that was being held at the same time.

Flake reportedly told Trump he was not part of the “never Trump movement,” but had concerns about his party’s presumptive nominee. After Flake urged Trump to end his disparaging comments against Mexicans, the Post said, Trump predicted that Arizona’s junior senator would lose his re-election campaign.